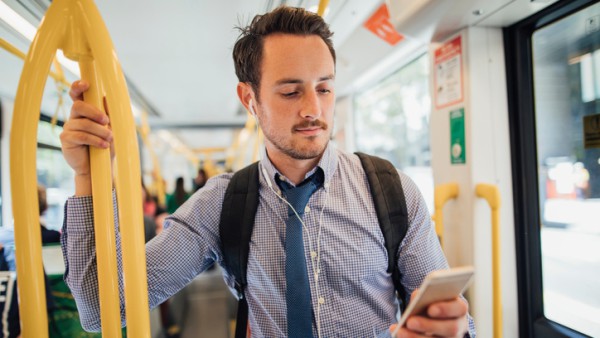 I spoke with a woman seeking help in her efforts to find a life partner. She’s 41, a yoga instructor, attractive, well-spoken, and feeling increasingly urgent in her search for her eventual husband.

Since there are seven and a half billion of us on the planet, and since we’re literally built for connection, the underlying question for me is always why someone is alone who says that they don’t want to be.

We’re all living breathing magnets, we’d smack into each other and be stuck to each other if we weren’t busy holding each other at arm’s length. It takes effort to stay separate. The longer we stay single the harder it is to uphold the claim that it isn’t by choice.

Who are we kidding? Ourselves! It’s much easier to call it a never-ending search for the ideal partner than to honestly face the uncomfortable truth— we’re genuinely conflicted about being in a relationship, or we have misguided beliefs about how relationships work, or we’re happier alone.

It can even be easier to believe that we’re hopelessly unattractive, than to confront the ways we actively block relationship. (That was my story, btw.)

The specifics of each person’s uncomfortable truth varies, but here’s a hint: not everyone who says they want to be in a relationship actually does.

Think about someone you know who seems to remain perpetually single and unhappy. Now imagine they were homeless, or jobless. Listen to them complain that they want a home / job more than anything but they just haven’t found their “ideal match” despite all their efforts, and despite a plethora of options. How long could they stick to that story—essentially, no homes / jobs out there are good enough—before you would start to question it? How many rejections before you would start to wonder if rejection had become a pattern?

My conversation with Ms. Yoga Instructor wasn’t a coaching session; if we didn’t resolve or even fully excavate the root causes of her dichotomy, that wasn’t the intention. But after a lengthy discussion, the most potent desire of hers we uncovered was to own a nice house. Which would require a substantial second income. Which would require a life partner.

Sure, she had the conventional script in mind for how loving romantic coupledom is supposed to go. But as we talked I noticed something striking. I did not get the sense that she actually likes the experience of being in a relationship.

Overall she’s been less happy in partnership than single. And there would be plenty to discuss if that were the context of our conversation—confronting that she’s happier alone and examining her life goals and relationship desires in light of that.

But to blame it on having never found the right guy is a smokescreen. It’s a belief designed to keep her stuck and confused.

Since she doesn’t like the messy, delicious realities of intimacy with another human being, any human being, suitors will continue to feel like a poor match to her.

And that would be fine if she hadn’t also set up her life to remain in a state of perpetual incompleteness until she connects with an intimate partner with whom she’s willing to bond for life and vice versa.

I also recently spoke to a man who’s struggling with low self-esteem, and is seeking a dating coach. While it was clear that he’s lonely, isolated and hungry for connection on the one hand, on the other, he’s heavily relying on the approval of a girlfriend to feel good about himself.

As much as he pines for things like love and affection, he’s more prone to detonate a relationship when he finds himself in one, than to thrive in it. He continues to argue for his own inadequacy, hoping he’ll lose the argument to his loving, supportive, encouraging girlfriend. This continues until he wins, and she leaves.

(I call this hiring someone to help fight your demons and then fighting on the side of the demons.)

I don’t think it makes sense to say he wants to be in a relationship. There may be an unmet desire / hunger / need, but he’s not well set up to have a relationship be the antidote to that need.

(By the way, this too has some parallels with my own origin story.)

So here’s the lesson in all this.

There’s very little in life you can’t do alone. The vast majority of life’s experiences do not require a partner.

I use the word “connection” to symbolize that which can only be experienced with another human being. Connection is a vitally important nutrient. Nothing else can substitute for it, and generally speaking we’re much better off with it than without it.

The whole purpose of intimate relationship is to cultivate connection.

But Ms. Yoga Instructor isn’t looking for connection. She’s swimming in opportunities for connection and spurns them left and right. Her urgency is driven more by all the ways she used the fantasy of her ideal romantic partner to postpone the work of creating a life situation she’s happy with. She foisted onto her fantasy partner a whole set of responsibilities she wasn’t willing to take on for herself.

Same with Mr. Low Self-Esteem. If he were simply hungry for connection, that would be the easiest problem in the world to solve. Everyone wants connection. There’s nothing wrong with him and nothing fundamentally in the way of him getting into a relationship, if that were his motive. But he too has handed responsibility — in this case, responsibility for his own emotional health and wellbeing — to his non-existent future partner.

Because the point of being in a relationship is connection.

That’s why they both will continue the masquerade of searching for a partner and not finding one.

If you’re alone and unhappy, here’s a question. What major life problems is your future partner the solution to? What have you already made them responsible for, before you’ve even met them?

This post was previously published on Sex + Connection and is republished here with permission from the author.
—