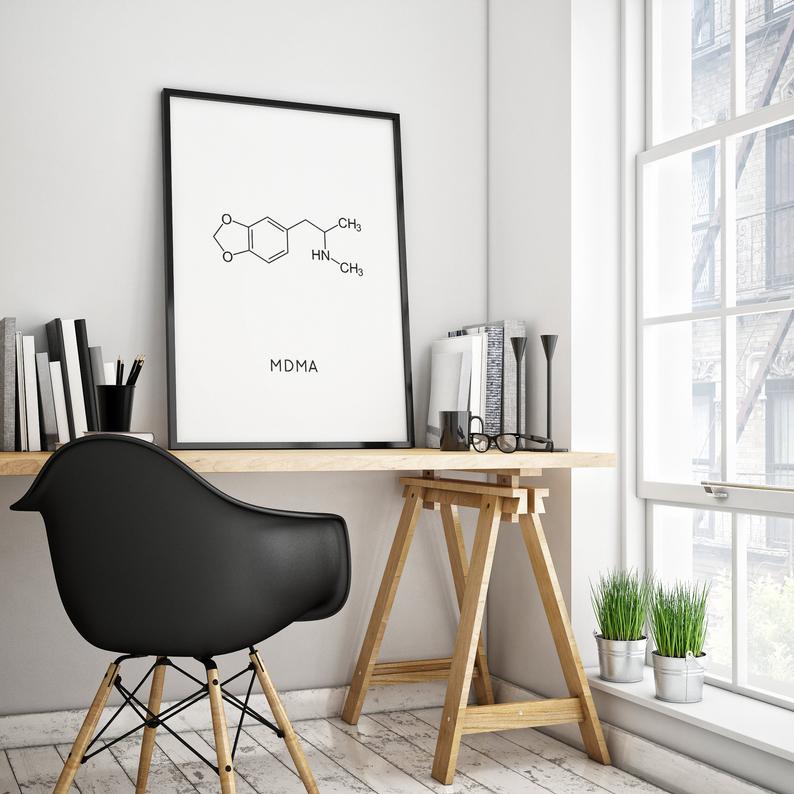 I generally detest any activity that makes me feel out of control, so taking drugs (or drinking) has never held any interest for me. And I’ve mostly tuned out every time another news story comes out about micro-dosing, or using psychedelics therapeutically.

But I read a tweet a couple of weeks ago, about someone using MDMA and completely changing their political views, and I keep thinking about it. The tweet was originally an attempt to throw shade toward Libertarians, but it ended up being a fascinating thread with even more fascinating responses. Here’s the original tweet:

During my research I interviewed a guy who said he was a libertarian until he did MDMA and realized that other people have feelings, and that was pretty much the best summary of libertarianism I’ve ever heard

One reader tweeted in response that he had experienced something similar:

Thank you for sharing that! I’m surprised and interested to see this being a more common occurrence than I’d have thought.

Another reader asked about MDMA in relation to couples therapy:

It’s for sure related! Psychedelics are mind-expanding in a variety of neat ways but nothing affects empathy specifically like MDMA. It’s almost magic

Another reader also talked about changing his politics and wiping out his social anxiety:

I’m not totally sure why I keep thinking about this thread, but I have several trains of thought in response:

1) The idea that someone could completely change their political views after taking MDMA is fascinating to me. It reminds me of the articles about conservative brains vs. liberal brains, and how conservative brains are more prone to disgust. And that when conservative-minded people feel totally safe, they tend to switch to more liberal views. Could the massive political divide in our country be healed through a dose of MDMA?

2) Sometimes I forget how different brains can be, and that people experience life in profoundly different ways. Like I just learned there are people who can’t picture things with their mind. And I forget that there are way more people in the world who don’t/can’t feel empathy than I would have guessed. So I’m interested in the research showing MDMA can actually change people’s brains so that they can feel empathy. An example:

Moderate to severe social anxiety is common in people with autism, Danforth said, and so they wanted to explore how MDMA could help with the social anxiety in a population with an increased need for treatment.

In her participants, she found that the ones who got MDMA in their therapy sessions had a fast and long-lasting decrease in their social anxiety symptoms. “We continue to hear from some participants who check in to tell us, years after treatment, that they are still experiencing less social anxiety at college, at work, in romantic relationships, and in everyday life,” she said.

3) I’m just back from Alt Summit, and I had an incredible time getting to connect with so many people. But I was thinking of people who stay away from events like Alt Summit, because they experience so much social anxiety. And I’m thinking of my family members who experience anxiety, and I’m just trying to be generally aware of therapeutic options available to them.

4) I’m very interested that several people mentioned long-lasting, possibly permanent, positive effects after just one dose. (To be clear, not everybody reported this.) I’m someone who takes depression medication daily, and committing to a long-term medication schedule can be intimidating and scare people away from getting help (cost, maintenance, potential side effects, etc.).

So there’s something really appealing about the idea that someone could see positive effects after just one dose. To me, it makes the whole thing seem more approachable and less risky.

5) Lastly, I’m interested in how we talk about illegal substances. Growing up, I was always taught that illegal drugs, including marijuana and MDMA, were far more dangerous than something like alcohol, which is legal. So it’s still odd to learn that alcohol is quite a bit more harmful than many illegal substances, and certainly less helpful.

“I don’t see where people learn a whole lot about themselves or improve their capacity to function when they’re intoxicated with alcohol,” said Charles Grob, a professor of psychiatry at UCLA and co-author on Danforth’s paper. “On the other hand with MDMA within a therapeutic context, it’s a learning experience and it’s a guided learning experience and the individuals learn something about themselves.”

What about you? If you suffer from anxiety, would you ever consider MDMA therapy as a medical treatment? Would you ever advise your (older) children to take it if they were dealing with anxiety or seemed to have trouble feeling empathy for others? Have you ever considered attending a High-End Psychedelic Retreat?

And what about MDMA + politics? If you could take a drug that would change your political views, would you do it? If your parents could take MDMA and change their political views, would you encourage them to do so? (I suppose there’s a part of me that is wishing I could ask people who don’t want refugees to come to America, or who want to close our borders to immigrants, to take MDMA.)

I’d love to hear your thoughts on the subject.