Scams of elders are common during the holidays, when companies prey on people’s loneliness and longing to help their families. 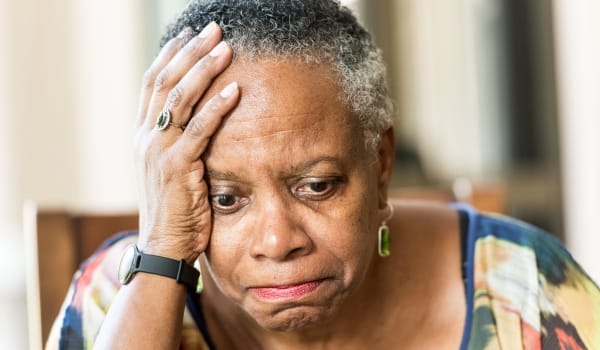 The holiday season brings up memories and emotions for people of all ages, but elders are often overlooked. This time of year also can provide an opportunity to become more alert to signs of elder abuse, aware of how to help and available to begin sincere conversations with older adults about their perceptions of abuse and the remedies they recommend.

The World Health Organization estimates that one in six older adults worldwide is a victim of elder abuse. As the global population grows grayer, this issue is only expected to increase. There are now more adults age 65 or older than there are children under five, and the number of adults age 85 or older is projected to triple from today, exceeding 425 million by 2050, according to the United Nations.

As director of the Secure Old Age Lab at the University of Southern California Leonard Davis School of Gerontology, I have spent the past several decades devoted to researching issues and interventions around elder abuse. It is important to recognize that there are actions family members and friends can take to prevent abuse while respecting the dignity and autonomy of their older relatives.

Financial fraud is rife this time of year. That’s because the holidays can be a peak season for scammers who capitalize on the generosity of their victims.

Financial elder abuse is a growing problem that, while likely underreported, can cost older Americans approximately US$3 billion to $37 billion each year, according to National Council on Aging estimates.

Here are some examples:

The consequences cost lives: One study found that older adults who have been abused have a more than 200% higher risk of death when compared to those who have not been mistreated. Additional research associates elder abuse with serious social and physical injuries, including increased risk for depression, emergency room visits, hospitalizations and nursing home placements.

Why it’s hard to stop

One of the most challenging aspects in addressing elder abuse is in determining what is and is not a good outcome. Of course, putting an end to all forms of abuse is desired but at what cost? If the solution to being abused by a family member at home involves the older adult being placed in a facility against his or her will, many people might, correctly in some cases, not consider that a successful resolution.

In addition to stigma, shame and fear of retribution, these concerns may prevent victims from seeking help. Medical providers, who are mandated to report abuse to Adult Protective Services, have also expressed concerns that filing reports can sometimes lead to more harm being done if patients lose trust or resist treatment as a result.

Several state and national studies, largely funded by the National Institute of Aging and the National Institute of Justice, are currently underway to help inform the development of improved programs and effective treatment options. My USC colleague Diana Homeier and I designed a pilot program that, according to preliminary reports, may show promise. In this program, a team member is assigned to visit victims at home. He or she then represents the victim’s perspective to our team of medical and legal professionals, who discuss cases and determine the best course of action.

At the individual level, there are small steps we can all take to prevent and address elder abuse.

Perhaps the most meaningful gift you can give an older adult, and your future self, is attention to their health and safety and wishes not just during the holidays but all the days of the year.