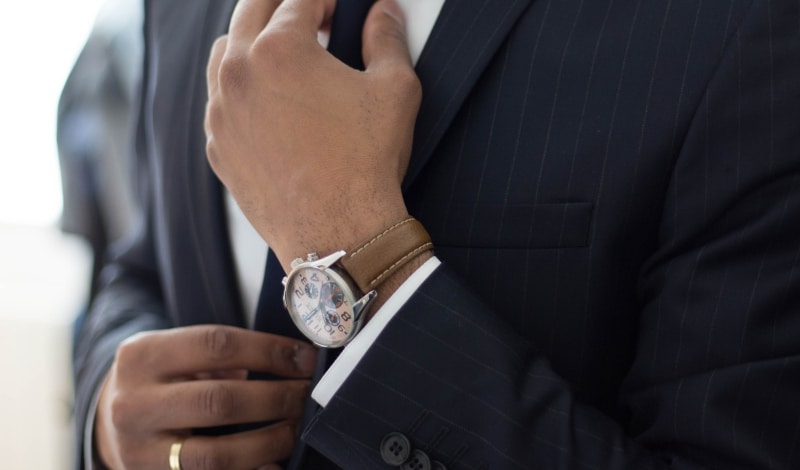 If you google “why do girls like jerks?” (like I did), then you will find way too much speculation on the subject. I’m here to share my findings and add in some speculation of my own, which did not show up in anything I read (admittedly, there was way too much to read).

What all my findings sum up to is that women like seemingly confident men, and are biologically attracted to men who appear to have good genes to pass on. That is an overly-simplified conclusion, but here is the expanded version:

First, what characteristics make someone a jerk? Scott Barry Kaufman, Ph.D., a cognitive psychologist at NYU, set out to define this in psychological terms. In his article “Do Assholes Really Finish First?”, (pardon the language) he defines a jerk (less offensive word I think) as someone with:

Now that is a description… Basically, a jerk is someone who doesn’t really care about you.

Okay, so jerks are, well… jerks. So then why do girls fall for them? Kaufman believes that it’s because “bad boys tend to have lots of positive traits that come along for the ride of the badness such as good looks, confidence, creativity, humor, charisma, high energy, and good social skills — all things women find attractive.”

Andrea Bartz, who writes for Men’s Health, references many different psychologists in her article “Why Women Fall for Jerks” in order to find an answer. Author Gurit E. Birnbaum, Ph.D., of the Interdisciplinary Center in Herzliya, Israel, says, “the oh-so-understanding guy may be perceived as “inappropriately nice and manipulative, or eager to please, perhaps even desperate, and therefore less sexually appealing.””

This idea of being too nice is reinforced in Amy Alkon’s article, “Nice Guys are from Uranus,” when she states, “If you smother a girl in flowers, romantic dinners, and phone calls before you’ve known her for more than 22 minutes, she will rightly assume that you are trying to bribe her into loving you.” So, you can’t be too nice too soon. Sucks right?

And of course, common knowledge is that confidence is attractive , and many women mistake arrogance for confidence all the time. Women believe confidence is connected with masculinity, and “Masculinity is intensely connected to testosterone,” says David Ley, Ph.D., author of The Myth of Sex Addiction. Higher testosterone means more women like you more, especially when they are ovulating.

“It’s been well demonstrated that women are more attracted to bad-boy types when they’re ovulating,” says Christopher Ryan, Ph.D., coauthor of Sex at Dawn, “while they’re more drawn to a sweet, stable man when they’re unlikely to get pregnant.”

Kristina Durante, Ph.D., a psychologist at the University of Texas at Austin, found that “ovulating women were likeliest to believe that a “sexy cad” would morph into a “good dad”-for them and them alone.” Women, when you’re ovulating, just stay at home. It’s safer for your emotional health.

Jen Kim, a former Psychology Today intern and a graduate of Northwestern University, has trouble believing that she really likes jerks. She’s never been with a guy who’s intentionally hurt her, and the ones who have knowingly hurt her were genuinely apologetic. These guys weren’t jerks, they were just emotionally unavailable, and that led to hurt on her part.

She describes, “The allure of the emotionally unavailable guy is that he doesn’t think the girl is worth committing to, not yet anyway, which can be construed as, “you’re not good enough for me,” which automatically makes the girl want to be “good enough,” so this is when she starts chasing the guy, when she damn well knows that she shouldn’t be.”

All of these are arguably good reasons for why girls like jerks, but do all girls really like jerks? I’d like to think that even if we all at some point are attracted to a guy who will play with our emotions, won’t respond to our texts, or won’t give us the time of day, we won’t all chase after that guy.

Alkon says, “Bad boys appeal to three types of women: Thrill-seeker girls, girls who can’t commit, and ‘Near Zeros’ — girls who aren’t operating on a full tank of self-esteem.”

Heidi Muller, who writes for Ask Men, reinforces the idea that girls with low self-esteem like jerks. She adds that these jerks fake confidence to cover up their own lack of self-esteem. The girl who falls for this loser “probably doesn’t believe she can do better than this man.” She adds that women love to “fix” jerks because they want “to know that they’re the ones who discovered the solution to their boyfriends’ problems and, in turn, healed them (so to speak).”

What I think should be added to this long list of possible answers is this: girls love anyone who makes them feel special. And really, many of the points already discussed reinforce this statement. You don’t have to be a jerk to make her feel special, but here’s why I think jerks make girls feel special more often than nice guys:

Girls attribute value to jerks because of how many women he can get, and has had. So when his attentions are on her, she feels “special” for being one of the “lucky ones” he wanted. Peter Jonason, Ph.D., of the University of Western Sydney, believes that, “Especially in younger women, the idea that this guy is a challenge makes her attribute more value to him.”

I would also add that I personally have a problem with really nice guys, because I often don’t feel like they are being sincere with me. I think they’re only saying and doing things because they’re nice, not because they like me.

Also, if a nice guy is nice to everyone, then the girl doesn’t feel special because he treats everyone like he treats her. But when a jerk decides to be nice to her occasionally (or often), then she feels special for being treated differently. I know it’s stupid. And really, there are so many ways a nice guy can make a girl feel special, but I think it’s important to find a girl who appreciates it.

I find comfort that in my own experiences, I’ve mostly only been in committed relationships with very good nice men. With the exception of one, they’ve been among the best men I’ve known. But, I know my own insecurities and flaws, and I think it’s important for both men and women to recognize that within themselves as well.

You deserve better than you think. If you don’t believe that, ask someone who loves you what they think you deserve, and you shouldn’t settle for anything less.

p.s. If he is a jerk to everyone but you, he is still a big fat JERK! Don’t settle, you awesome person you.

This post was previously published on Hello, Love and is republished here with permission from the author.
—