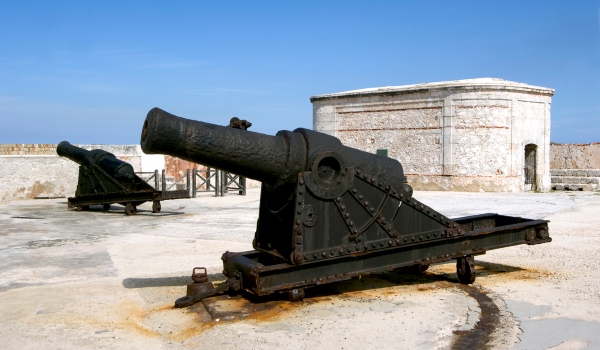 —
By Olivia Tasevski, University of Melbourne

A new requirement for foreign researchers to obtain a permit to enter museums run by the Indonesian military constitutes an attempt to bolster questionable Suharto-era narratives of the nation’s history. This is a concerning development for Indonesia’s democracy.

The Indonesian military (TNI) recently announced that foreign researchers must request a permit from the military chief intelligence assistant to visit the museums for research purposes. Among the museums are the Museum of Communist Treachery, which examines highly contested events in Indonesia’s political history, and Indonesia’s main military museum, Satriamandala.

The Museum of Communist Treachery, created during Soeharto’s dictatorship, depicts the regime’s narrative of 1965, to which the TNI still subscribes.

That year, officers from the presidential guard kidnapped and killed seven Indonesian military officers. The operation was called the 30th September Movement.

The army, then led by Soeharto, quickly quashed this movement and claimed the PKI had masterminded the kidnapping of the generals.

The army then carried out an extermination campaign against the PKI with the help of vigilante groups. At least 500,000 PKI members, alleged communists and members of PKI-affiliated organisations were killed. The army also perpetrated mass rape and imprisoned many individuals without trial.

The Museum of Communist Treachery, through its dioramas and captions, depicts the PKI as being behind the kidnapping of the generals and and thus a threat to Indonesians. This narrative is problematic.

Historians remain unclear about the extent to which the PKI was involved in the 30th September Movement. Additionally, the narratives in the museum reinforce Soeharto-era stereotypes of the PKI as “evil and inhuman”. Thus, much like the Soeharto regime, the museum seeks to justify the subsequent mass killings as “legal and necessary”, according to prominent historian Katharine McGregor.

Importantly, by extension, the museum constitutes an attempt by the TNI to justify its involvement in the killings. Although no perpetrators have been prosecuted, the mass killings were gross human rights abuses that violate international law, notably the 1948 United Nations Universal Declaration of Human Rights.

The museum presents a selective and censored narrative of 1965. Although the museum does seek to justify the 1965-66 mass killings, it does not draw attention to them through dioramas or captions.

This approach mirrors the Soeharto regime’s intense focus on the killings of the seven army officers through annual commemorations and the creation of a monument to them, rather than the killings of 500,000 Indonesians by the army and vigilante groups.

Likely effects of the regulation

A TNI spokesman argued that the regulation aims to “ensure research is not conducted haphazardly” and is impartial.

But, it is likely that the TNI will refuse to provide permits to foreign researchers who have, through their academic work, questioned the Suharto-era version of 1965, condemned the mass killings, or demonstrated sympathy to the victims of the mass killings, imprisonments and rapes from 1965 to 1966.

The TNI might also refuse to provide permits to academics who have been critical of human rights abuses perpetrated by the TNI in the restive Indonesian province of West Papua and during the 1975-99 Indonesian occupation of East Timor.

If this happens, it would be an attempt to censor history and reduce foreign scrutiny of the TNI.

In 2017, the TNI ordered its personnel restrict attempts to publicly screen The Look of Silence, a documentary that features paramilitaries boasting about their involvement in the mass killings. Instead, TNI personnel were directed to hold public screenings of Pengkhianatan G30S/PKI (The Treachery of the 30 September Movement), a Soeharto-government film that justifies the killings.

Thus, the latest regulation needs to be seen as part of a concerted campaign by the TNI to bolster the hegemonic narrative of 1965 and quash counter-narratives.

The TNI could extend this regulation to include other TNI museums that depict the 1965 events, notably The Sacred Pancasila Museum.

Such action would be unwise. Rather than extending the regulation, the TNI should scrap it. The regulation undermines Indonesian democracy, further tarnishes the international reputation of the TNI and threatens academic freedom.