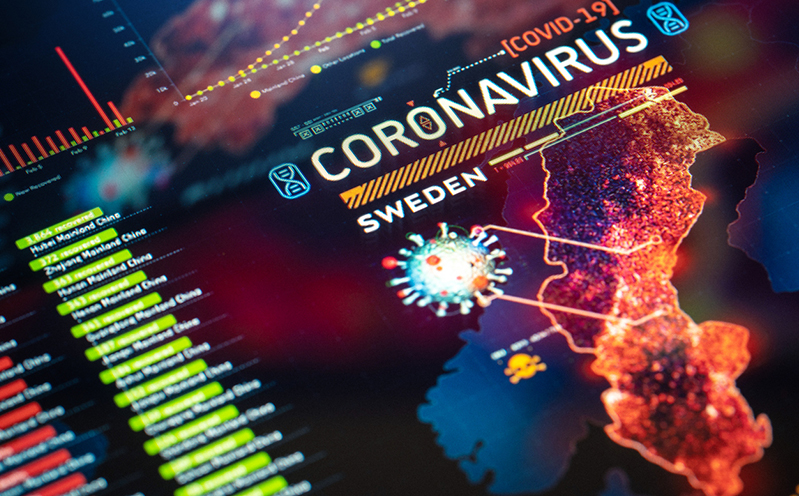 Earlier this year, I left my home in Vancouver to start working as a visiting researcher in Stockholm, Sweden. The world has changed significantly since that time. Being away from home while the COVID-19 crisis grew from purported “media-borne hype” to the extraordinary pandemic it is today, has highlighted how cultural differences have led to differences in public health management.

According to the WHO Director General, in many wealthy countries hospitals are designed to operate in a ‘lean and mean’ and efficient manner. This is true for both Sweden and Canada where hospital capacity has diminished over the last several years. This is the key reason for the need to ‘flatten the curve’ (reduce infections) so as not to overwhelm an underprepared health care system and reduce mortality.

During the earlier stages of the epidemic, almost every country encouraged social distancing as an effective way for COVID-19 containment, Sweden and Canada included. Since that time, behavioral modifications have become particularly important to ‘flatten the curve.’

Many countries have adopted stringent lockdown approaches. In most European countries with larger outbreaks, such as Italy, Spain and France, all non-essential public places have been shut down. In many cases, special permits are required to leave home, even to walk the dog.

One notable exception to this approach is Sweden.

Unlike most countries that are relying on obedience to contain COVID-19, Sweden has decided to use the conformity principle. The Swedish government is banking that a culture of trust among citizens, and between citizens and the government, will be enough to contain the virus.

This means that despite the pandemic, borders along Sweden are only partially closed, there are no shutdowns of restaurants or public spaces; public health officials are mostly compelling, not demanding, that workplaces and schools switch to online methods.

This bold approach is undoubtedly risky, as Sweden is far from being unaffected by COVID-19. On March 10th, rapid spikes in the number of cases culminated in Sweden’s public health agency raising the risk level of community spread of the virus to ‘very high’ in Stockholm, which is the highest grade on the scale.

Responding to critics, Sweden’s chief epidemiologist, Dr. Anders Tegnell, has suggested that there is no consensus that closing borders is going to work to reduce the spread of the virus. In fact, that’s still the advice of the World Health Organization to date.

Canadian officials echoed similar tones early on. However, unlike Sweden, Canada has rapidly changed tone and moved towards more enforced measures, both federally and within specific provinces.

Having personally experienced the outbreak in both Sweden and Canada, I can understand the Swedish government’s confidence in a system based on trust. When the risk level was raised, despite a lack of law enforcement, fewer people could be seen in public spaces. Academic and research institutions were strongly urging working from home, and within a short time, meetings were being held online.

The Swedes are betting everything on their rule-abiding citizens.

Canada has also tried to use somewhat of a trust-based approach during the COVID-19 crisis. For instance, international travellers were initially merely asked whether they had symptoms, or to self-isolate upon returning home. However, the introduction of the Quarantine Act now imposes serious fines and penalties. This is a responsible measure given the abundance of people not abiding the original 14-day self-isolation rule.

Canada is showing that it is willing to give trust a chance, but if that fails, it will resort to force.

Which approach is better? So far, neither approach seems to be working particularly well.

Since April 7th, there have been over 17,800 COVID-19 cases reported in Canada (~38 million population), and over 7,600 cases in Sweden (~10 million population). Real numbers in the community are hard to know because testing levels in both countries have been varied and inadequate and results delayed.

There are pros and cons to both approaches. A trust-based approach imposes a smaller burden on the economy and on the psychological welfare of citizens.  However, the cost is dear.  It may prove ineffective against virus spread and endanger more lives.

An enforcement-based measure, like Canada’s, is all about timing.  If done too soon and for too long, it could cripple the economy and the mental health of its citizens.  If done too little, too late, it may not ‘flatten the curve’ as hoped.

Time will be the ultimate judge. However, the numbers so far indicate that Canada’s approach has been vastly more effective than Sweden’s in keeping down the relative number of cases and deaths. Indeed, most countries share Canada’s, not Sweden’s, approach in dealing with the COVID-19 crisis.  And now, in Sweden, there is growing pressure to adapt more enforced measures too.

—
Mohammad-Reza Ghovanloo was a visiting researcher at Science for Life Laboratory in Stockholm, Sweden and is a biomedical researcher at Simon Fraser University in Burnaby, Canada.