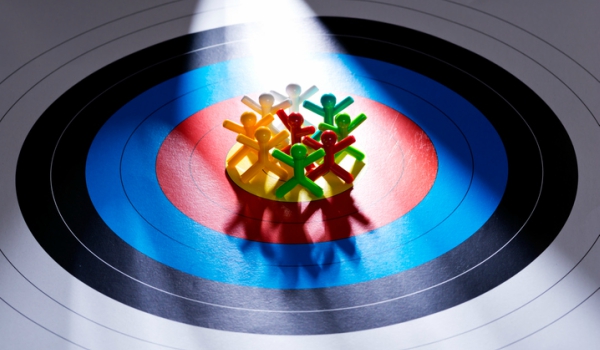 There has long been a debate on the left between those who support universal programs of economic uplift — or providing certain goods as universal rights rather than as commodities, such as health care— and those who favor targeted efforts aimed at particular populations. It’s a debate that often divides candidates within the broadly left-leaning Democratic Party and certainly tends to manifest among its more progressive wing.

Even within this division, there are divisions.

Some who support universal programs actually means universal for all in financial need, as opposed to programs aimed at various groups like people of color or the elderly.

Others mean universal as in everyone — programs like free public college tuition for all, or universal basic income, or single-payer health care for all, covered by general revenues collected by the government in the form of taxes.

Also, they claim these efforts are more progressive because covering college tuition for rich kids or providing the wealthy with public health care gives tax dollars right back to those who were taxed more to finance the programs in the first place. This was the position of Hillary Clinton in 2016 (and most Democratic candidates today); namely, that we shouldn’t be paying for Barron Trump, for instance, to go to college.

Those who support unlimited universal efforts (Bernie Sanders, and to a somewhat lesser degree, Elizabeth Warren) counter that their programs are more politically defensible than limited universal efforts (they involve everyone, after all), and don’t really subsidize the rich. First, wealthy families will disproportionately send their kids to private schools anyway, as many do for K-12 education despite the ability to use free public schools. Does anyone actually think Barron Trump is going to a state college, after all?

But even if the children of the wealthy did go to public colleges, they wouldn’t be getting it for free since they would be paying much higher taxes to support the program.

Those who favor targeted efforts respond that they are more fiscally feasible than either of the others since they cost less, and are thus more politically defensible despite a more limited constituency. And, they note, many of the inequities that plague our society are very specific (as with racial or gender inequity) and cannot be reduced by universal efforts. In fact, they argue, programs that benefit everyone might inadvertently keep those inequities in place, since all gain from the efforts, even those who were already ahead in terms of income, education, health care outcomes, wealth and other social goods.

With the recent uptick in interest over issues like reparations for those who descend from enslaved persons, for instance, there is obviously a belief among many that targeted efforts will be needed to shrink the racial wealth gap between whites and blacks. It will not do, according to this argument, to simply impose higher taxes on the wealthy, provide all children with “baby bonds” or some other asset at birth, and improve schools for all. The race-specific injury requires a race-specific remedy.

What History Says About the Popularity of Universality

Historically, there is something to be said for the political popularity of universality, especially when compared to the hostility often manifested towards efforts that seek to provide the targeted opportunity to specific groups, like folks of color held back by discrimination. But even this comes with an important caveat.

Programs during the New Deal, for example, were wildly popular, in large part because they touched so many people. But although they are often perceived as having been universal, in practice they weren’t universal at all. People of color were routinely blocked from participation, and certainly on equal terms.

Had they been included — and sadly FDR had to cave on this matter to gain the support of southern segregationist Democrats — it is questionable as to how popular they would have been; or even if they would have been created. After all, many other programs, including Medicaid, nutrition assistance and housing subsidies are universal — in the sense that they are available to all below a certain income threshold — but are widely misperceived as handouts to black folks.

So the lesson of history is this: universal efforts (at least of a means-tested, limited nature) are popular so long as people of color are largely excluded. In other words, so long as they aren’t really universal.

But what if universality were genuinely universal? With universal basic income or free public college or Medicare for All, efforts would not be means-tested only to the poor or near-poor. Thus, the racial linkage between the efforts and their perceived beneficiaries (a linkage made mostly because of the racist stereotypes we have of the poor) would be less salient. So, the historical limits of universality — namely, that support requires the minimization of benefits for racial “others” — wouldn’t necessarily be an argument against unlimited universality the way it is against the means-tested form. If everyone benefits, it becomes harder to castigate government programs as something only for “those people,” and easier to engender a solidaristic mindset among the general population.

Why Universality is Not Enough: The Importance of Targeted Programs

And yet, the target-specific school of thought still has some critical insights. Indeed, it would likely be necessary to include some target-specific efforts alongside broad-based universal programs.

For instance, the current racial gaps in health outcomes are not driven by racial disparities in affordability or access. As such, they will not be solved by single-payer and guaranteed care. Racial health gaps between whites and blacks are most significant when comparing those with middle-class and above incomes, good educations, and decent health care coverage. Indeed, whites with lower incomes and worse health care, who smoke, typically have better health outcomes than black folks with more income, better coverage, and who don’t smoke.

Universal health care will not address these racial gaps as they are driven, according to the research, by the health consequences of racism and discrimination themselves. Reducing those gaps will require viewing (and treating) racism as a public health crisis, independent of cost and availability.

Likewise, wealth gaps between whites and blacks cannot be closed solely by progressive income tax or even wealth taxes themselves. Although these would help (especially the latter), the current head starts for whites are so substantial (anywhere from 10:1 to more than 400:1, depending on which assets one includes in the count), that some form of directed and targeted efforts for African Americans would be needed to make much of a dent in racial wealth gaps.

The typical white family headed by a high school dropout has more net wealth than the typical black family headed by a college graduate, in large part due to the cumulative advantages of whiteness and disadvantages of blackness over time. Merely creating new asset-building projects and efforts for everyone would be nice, but by also benefitting whites (even if somewhat less, in relative terms) these initiatives would leave those inequities in place.

And the fact is, closing racial gaps is essential, not only because of the historic injustices that created them, but also practically. If we rely solely on universal efforts that help everyone, the gains that people of color make would be largely offset by the gains of others. So black and brown folks might have more money or education, but whites would too, and thus be able to continue pricing the former out of the market for certain goods (homes, private schooling, etc.). The fact that people of color would be better off than before wouldn’t mean much unless they could transport back in time and buy homes in prior markets because if whites made substantial gains too (due to universal program benefits) the current markets would remain ones in which they would not be able to compete.

Likewise, persistent racial gaps reinforce the racist belief that racial inequity is natural. Given the American faith in notions of meritocracy and “rugged individualism,” we tend to think those on the bottom deserve their place there, and those on top, theirs. If inequities persist along racial lines, many will continue to believe black and brown folks less capable than whites, even if those black and brown folks happen to be x percent better off than they were ten years earlier due to the benefit of universal programs. So for reasons of reducing racist thinking, attending to race-specific gaps with race-specific efforts at uplift will also be necessary.

It is not my purpose in this piece to discuss the fiscal propriety of political feasibility of any specific proposal — either universal or target-specific — but merely to point out the importance of adopting a both/and mentality when it comes to these things. Universal efforts will not address race-specific inequities, and target-specific efforts will likely lack the political sustainability on their own to succeed, absent a broader universal effort alongside them.

In the end, multiplying our approach rather than engaging in the division would likely be the best bet for long-term success.