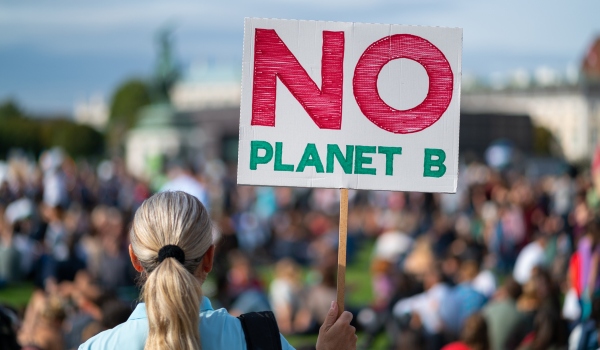 One of Britain’s most senior scientists has expressed concern that action to tackle global warming is sliding down the government’s list of priorities despite its ratification of the Paris Agreement on climate change.

Martin Rees, the Astronomer Royal and former president of the Royal Society, says politicians should not be distracted or listen to “siren voices” seeking to dissuade them from early action.

“I worry that we have to wait till the downsides of climate change are even more apparent than they are today before action is taken,” he says.

“It may be slipping down the agenda and may not get much ideological support, and that is why I have been banging on about increasing research and development of clean energy, which gets broad support even from those who are not so enthusiastic about climate action.

“They [many politicians] like hi-tech, and they are right to think that the quickest way to bring down emissions is by accelerating the development of efficient, clean energy.”

The town-and-gown project, aimed at members of the University of Cambridge and the residents of the city, is trying to kickstart an urgent new round of public debate on action to reduce carbon emissions in the UK and globally.

The world-renowned cosmologist and astrophysicist will join a panel debate on 16 March, following a series of three talks starting on 23 February. The talks will be held in a university venue and will be open to all. Live-streaming will make them available to a global audience.

Rees has welcomed the initiative, the brainchild of Tony Eva, an earth scientist, and Hugh Hunt, reader in engineering dynamics and vibration from the university’s engineering department.

“It’s very important to get outside our academic bubble, because those who work in academia are in touch with experts among climate scientists, and they are getting very concerned,” says Rees.

“We need to ensure that this concern is widely disseminated. Academics themselves cannot determine national policies. We have to make sure these issues are discussed and debated widely, and especially among young people.

“That’s because, although the short-term effects have already affected some regions, what we worry most about is what will happen in the second half of the century and even after that, when we may cross tipping points and see irreversible changes in the global climate.”

“Hopefully the public will help us debate this, firm up our ideas and interact with the political process,” Rees says, “because for politicians the urgent issues tend to be higher on the list and you have to work hard to get them to think about an issue that affects people in 50 years or more.

“You have to convince them it is important – indeed, essential – to pay an insurance premium now if we are to remove a potential very serious risk to people in the second half of the century.

“We should not listen to the siren voices that say we can avoid doing very much now because there will be advanced technology in 50 years’ time and everyone will be richer … we have to make a start.

“It is hard to be optimistic about these issues because it is hard to engage politicians with something that is not only long-term but also global, and therefore what we do in this country does not have any more specific benefit to this country than it does to Australia.” – Climate News Network

Previously published on climatenewsnetwork.net and is republished here under a Creative Commons license.
—