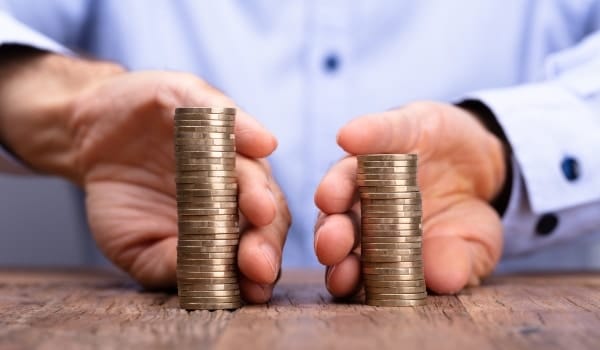 There’s a lot of talk about how polarized the country is today. Sometimes that polarization is more than about partisan politics — it’s about real differences in values.

Take the House Republicans’ recent votes to deny food and health care to millions of Americans. Those were statements of values.

The first vote was to cut 3.8 million Americans off of the SNAP program — food stamps — because they can’t find jobs. The Republican argument is that adults who don’t have children to take care of must be responsible for themselves. The fact that there are three people looking for work for every job available was beside the point to the 217 members of Congress who voted for the cut in food assistance.

The other big vote was to defund the Affordable Care Act, which would deny 25 million Americans health coverage. Unlike the SNAP cuts, blocking President Barack Obama’s landmark health care reform would halt expanding health coverage to millions of working people whose jobs do not come with health coverage. It would also cut off people with pre-existing health conditions and Americans who are out of work and don’t qualify for Medicaid.

But the core Republican argument is the same, as expressed by the Missouri State Senator who has led the effort to stop the Affordable Care Act’s implementation in his state. “We can’t afford everything we do now, let alone provide free medical care to able-bodied adults,” said Missouri State Senator Rob Schaaf.

While it’s easy to point out all the ways Schaaf’s statement is false — the Affordable Care Act won’t be providing free health care to most beneficiaries, it will be made available to children and people with chronic disabilities as well as “able-bodied adults,” and it’s fully paid-for with taxes — those arguments miss the lawmaker’s basic point. He’s making a values statement here, the same one underlying the attempt by House lawmakers to cut off food assistance.

The conservative value of freedom is that it’s an infringement on a person’s freedom to be taxed to take care of someone else.

Progressives have contrasting views of the same values. Progressive Democrats believe that while we are each responsible for ourselves we also have a shared responsibility, through our government, to care for each other. Accordingly, if we have not created an economy with enough jobs for people to support themselves, we are responsible for being sure that people have the support they need, including food.

Freedom for Democrats isn’t just the freedom to express oneself — it’s also the “freedom from want,” in President Franklin D. Roosevelt’s words. An example here is being free to get health insurance even if you have a preexisting medical condition.

There’s certainly a boatload of political posturing in Washington. We know that one reason Republicans keep voting to defund the Affordable Care Act, knowing that they won’t prevail, is to appeal to conservative voters and funders. But behind the posturing is a clear set of values.

This post was previously published on otherwords.org and is republished here under a Creative Commons license.