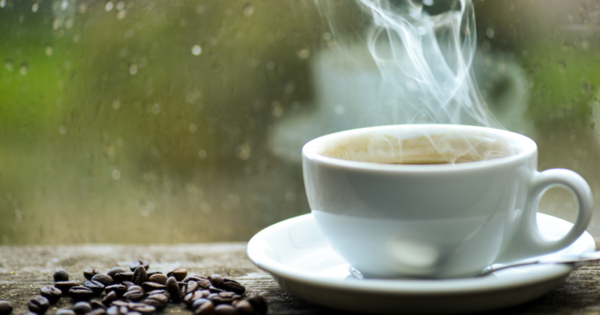 A ritual is a sequence of gestures or habits performed at a certain place and time. Rituals may be prescribed as part of a culture, community, or family unit. They are acts I believe in because not only do they ground us in the moment, but they interconnect us as human beings.

My morning ritual consists of waking up, washing my face, brushing my teeth, having a cup of strong espresso coffee, and taking my 14-year-old Maltese poodle out for his morning stroll in our backyard. Beside the back door is a flashlight that I use to keep me mindful of any coyote sightings. Then I go back inside the kitchen for another shot of espresso. I sit at the table overlooking my backyard sipping my coffee with either a book or a journal in my hand. After drinking my coffee, I go to my meditation room and meditate for 20 minutes. I then get dressed and either go to the gym or to my computer to begin my day’s work. If a situation, person, or event interrupts my rituals, I feel as if I’ve lost my center and my day doesn’t start off right. There just seems to be a sense of indescribable uneasiness.

Whether it’s celebrating a birthday, an anniversary, or the holidays, most of us have some sort of daily, weekly, monthly, or annual ritual. That’s because rituals are patterns of behavior that keep us grounded and connected to ourselves and the world around us. When children are raised with rituals, they grow up with a sense of security and love. Rituals used with senior citizens help them remember more easily. Studies have shown that medical personnel, including doctors and nurses who ritualistically wear white lab coats and stethoscopes, have stronger healing powers than the same professionals who wear street clothes. I believe this to be true.

About two decades ago, when he gave me my first cancer diagnosis, my doctor didn’t wear a white lab coat, although I wish he had. His stethoscope peeked out of his pinstripe suit jacket, and even though he might have thought his demeanor was friendlier without the lab coat, I saw it as a bit cavalier, as if my appointment might have been sandwiched between a lunch date or a lecture at the nearby medical school. While the doctor’s expertise and words instilled me with confidence, I would have preferred that he had donned white clinical garb, like the nurse who’d brought me into the examination room. Wearing white is healing.

The idea of rituals reminds me of the years I lived in Florida and played on four tennis teams while raising my three kids. I was very competitive and noticed that those who won the most matches (and this is not a scientific study) were those who demonstrated ritualistic behavior, such as bouncing the ball four times before serving, making sure their wristbands were in place, having a sip of water when changing court sides, and shaking hands in a particular way at the end of a match.

Professor David Eliam at the University of Tel Aviv identified two components to ritualistic behavior—heads and tails. The heads pertain to “preparatory activity,” similar to bouncing a ball prior to serving, and the tails pertain to “getting the job done,” or actually initiating the serve. Typically those who have OCD are able to perform the preparatory activities, but in the case of “closing a deal,” they have difficulty getting the job done; they never actually serve the ball. Many OCD individuals create very complicated rituals for themselves, making it more and more difficult to accomplish much during the course of their days.

Here is a poem from one of my poetry collections, Dear Anais: My Life in Poems for You (Plain View Press, 2008).

We share everything, except of course, my love and the chocolate bar

hidden in my bedside drawer.

He stretches up to the side

of my bed to say good morning,

before I slide into my duck slippers

that he nibbles on my way to the bathroom. Together we walk to the balcony and down the stairs to the garden so he can do his business.

He jolts at the slightest rustling in the bush, or bird chirping, ears sharp like

the razor my love uses each morning.

We run back inside, me to push the button for my morning espresso, and for the treat

he knows waits in the cabinet beneath the kitchen sink beside his dog food.

He scrutinizes every movement of mine.

When I go to the windowsill where

his leash awaits, he wags his tail

and stares up at me with an equal amount of adoration and anticipation. Then

he turns upside down and I rub his tummy and say let’s go.