Most people don’t want to be called racist–even when leading the charge on what used to be clearly seen as racist behavior. 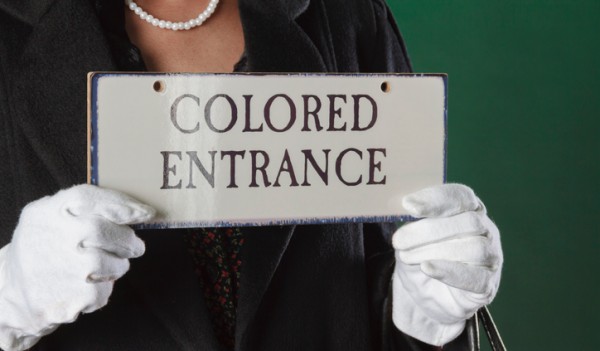 What has been increasingly clear is that there is no longer a universal definition of racism. The combination of a changing demographic where white people are racing toward becoming a minority in America. With the increasing pressure from multiple groups to receive what they have been systemically prevented from having. Has caused those in power to attempt to justify their actions. Actions whose whole purpose is to maintain power by keeping others down. Without making it seem like what it inherently is. Racist!

It is still at least somewhat a true thing that most people don’t want to be called racist. Even when leading the charge on what used to be clearly seen as racist behavior. Voter suppression has always had its roots in maintaining power for certain people over others. At one time the only people in America who could vote were white people who owned land. Every grudging concession since then was an allowance that was also countered by other measures to maintain control even when ceding some.

The Electoral College was created to give more power to smaller states. Black people being considered 3/5ths of a person was about maximizing the influence of Southern voters in Presidential elections. Literacy tests, poll taxes, redistricting, gerrymandering, Jim Crow. All these were about power and all were racist. Even as women finally achieved the right to vote everywhere (some states got there long before others) it was used in a way to offset the inevitability of a strong minority vote. Poll taxes, redistricting, gerrymandering, specific ways of implementing Voter ID laws are still in use today with the same purpose as before. Yet the proponents don’t want to be called racist. Even when their policies are.

To avoid the label despite the actions. The definition of racism is being attacked in a truly comprehensive manner. America’s racist past is being literally whitewashed in the history books led by Texas. Racist politicians instead of being vilified. Are followed up by surrogates and a media wing of their own to ‘splain why they weren’t really racist at all. The only thing guaranteed to generate calls of racism is when someone points out the racism in another. He or she who points out the racist becomes the only racist in the room. 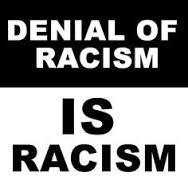 It’s interesting that Donald Trump has finally received scorn for his bragging about being a sexual predator while his racism against pretty much every non-white group goes unchecked by the people with the power to restrain him. He is instead described as having nationalistic views or engaging in protectionism, being the “Law and Order” candidate. His obvious racism is being ignored. For all of Trump’s failings. He didn’t start it. It has always been part of the American experience in all of its forms. Racism exists in the workplace, in the schools, in commerce, zoning, dress codes, and in policing. 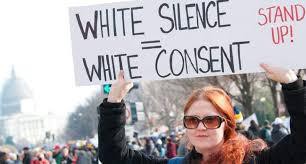 The bar has been raised on racism where almost nothing qualifies. The crime is seemingly not in being racist but in pointing it out. It is often said that only a small percentage of police are “bad apples.” I submit that almost all of the rest of them know who the bad apples are, then do or say nothing. In the same way, we know racist behavior and policies when we see them. We need for all of us to call out racism and eradicate it wherever and whenever it exists in any form. We need to call out the media and surrogates who are apologists for racism. We need to know the history of this nation because racism has a few new forms. Racism is lazy and merely recycles what has occurred before. We need to not allow our history of slavery, the Black Codes, Jim Crow and voter suppression to be rewritten, described in softer terms, and explained away. We need to be taught The Ocoee Massacre, Black Wall Street and so many inconvenient instances of the inhumanity perpetrated against Black people, Native Americans, the Chinese and Japanese in this country. We need to not let the bar for racism be raised so high, that no longer does anyone qualify.

This post was previously published on Democracy Guardian and is republished here with permission from the author.
—