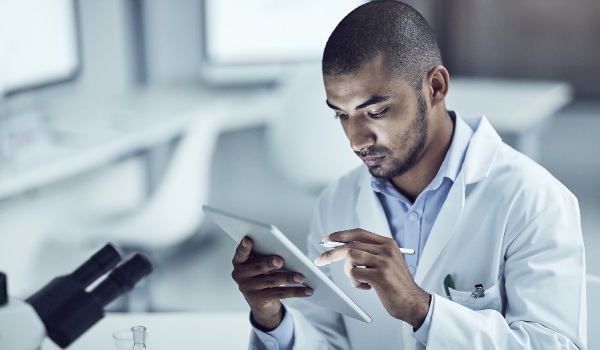 This entry refers to the debate mentioned in previous post, on the emergence of Antigoras. Since the related hypothesis of netarchical capitalism is not yet published online, I’m republishing it here from my offline manuscript:

The citation follows the sections where I describe more in details the theories of cognitive capitalism and the vectoral class.

“Above I have summarized the key theses about the new ‘class configuration’. In this section I offer my own take on the matter, since I am convinced that both main interpretations miss something important, that the peer to peer era is creating a new type of capitalists, which are not based on the accumulation of knowledge assets or vectors of information, but on the enablement and ‘exploitation’ of the networks of participatory culture. The invention of service-based business strategies based on the use of collective-produced open source code may be considered a subset of this development.

Recall the following: the thesis of cognitive capitalism says that we have entered a new phase of capitalism based on the accumulation of knowledge assets, rather than the capital involved in physical production tools. The vectoralist thesis says that a new class has arisen which controls the vectors of information, i.e. the means through which information and creative products have to pass, for them to realize their exchange value. They both describe the processes of the last 40 years, say the post-1968 period, which saw a furious competition through knowledge-based competition and for the acquisition of knowledge assets, which led to the extraordinary weakening of the scientific and technical commons. And they do this rather well.

But in my opinion, both these hypotheses fail to account for the newest of the new, i.e. to take into account the emergence of peer to peer as social format. What is happening?

In terms of knowledge creation, a vast new information commons is being created, which is increasingly out of the control of cognitive capitalism. And the new information infrastructure, cannot be said to ‘belong’ in any real sense to the vectoralist class.

Therefore, my hypothesis is that a new capitalist class is emerging, which I propose to call the netarchists (since netocracy ‘is already taken’ by Alexander Bard, and I reject his interpretation, see above). These are the forces which both ‘enable’ and exploit the participatory networks arising in the peer to peer era. Examples abound:

So we can clearly see that for these firms, accumulating knowledge assets is not crucial, owning patents is not crucial, though, driven by the profit motive and the desire to obtain monopolies, they use it as a secondary strategy. You could argue that they are ‘vectors’ in the sense of Wark, but they do not have a monopoly on it, as in the mass media age. Rather they are ‘acceptable’ intermediaries for the actors of the participatory culture. They exploit the economy of attention of the networks, even as they enable it. They are crucially dependent on the trust of the user communities. Yet, as private for-profit companies they try to rig the game, but they can only get away with so much, because, if they loose the trust, users would leave in droves, as we have seen in the extraordinary volatility of the search engine market before Google’s dominance. Such companies reflect a deeper change into the general practices of business, which is increasingly being re-organized around participatory customer cultures — see section 3.1.B about the cooperative nature of cognitive capitalism, where this shift is already discussed.

Knowledge and other workers using participatory platforms will generally use both the commons and the market, the latter in order to make a living, and forms of distributed capitalism, which lessen their dependence on the larger firms and the salary dependence, may appeal to them. Such workers do have access to their own information machines, but need platforms to connect. Obviously they are drawn to the participatory platforms devised by these new types of companies, even feeling an allegiance to them. At the same time ,the relationship is uneasy since these firms will generally try to evolve towards monopolistic practices, or at least, towards short-term for-profit strategies and tactics which may not be in their interests. Knowledge workers and other forces creating the P2P commons can take a variety of roles in the economy, and in present circumstances clearly need a market, but which they are trying to mold to their own interest. Thus the new forms of distributed capitalism are needed and supported because it lessens the dependence on classic firms and monopolies. The trend fulfills a desire for ‘autonomy within the market’, and allows for various forms of ‘consumer aggregation’ that were hitherto difficult to achieve. Similarly, many of the new netarchical leaders are vocal in their general support for participation.

In section five, where we examine the ‘physical laws’ operating in networks, and following the summary of David Reed, we see how the linear value growth of individual membership creates a economy of attention where portals and new intermediaries emerge; how the square value growth of interactions creates the transactional web and the associated platforms; and how the exponential growth of the Group-Forming-Networks quality of networks creates infinite autonomous content for ever-shifting ‘infinite’ affinity groups, thereby transcending the ‘economy of attention’ characteristics in significant ways. (Ebay profits from the three properties: as an intermediary to content (i.e. what is available where), from the transactions amongst its members, and from their ability to form auction groups themselves.)

My conclusion is that the emergence of P2P begets a new capitalist sub-class, which accommodates itself with the networks, places itself at crucial nodes and proposes itself as voluntary hubs, rather than living off knowledge assets. In this sense, vectoralists, even as they ascend to the heights of power through restrictive copyright legislation, have already reached the zenith of their power, and they will eventually be replaced by new formats of capitalist exploitation, which accommodate themselves in much more intelligent ways to the peer to peer realities. The fact that large infrastructural companies such as eBay and Google get a lot of attention should not blind us to the fact that this also is a bottom-up process that enables for a much wider spread of entrepreneurship, sometimes called ‘minipreneurs’. For such minipreneurs, a whole infrastructure is in the process of being set up. A first layer of websites and services allows for the distribution and eventually sale of digital material, i.e. publishing of text through self-publishing (lulu.com, booksurge), of self-produced music (PureVolume.com), and digital art (Deviant Art.com). It is also possible to create and sell self-made physical products such as designs (CafePress.com) and even to use online tools for designing products who ‘first physical models’ can be outsourced, such as with eMachineShop.com. Personal fabricators are an extension of this model but are not yet available; in the meantime sites like iFabricate attempt to fill the gap. A related growing trend is the use of personal outsourcing where by individuals can easily find assistance in the developing countries. There is also a financial infrastructure being on offer. The creation of the Zopabank, where any ‘consumer’ can also be a lender, is an important development as well. Others are experiment with a ‘Corporate Digital Commons’ format to pool resources. EBay, with its 64 million active users and 260,000 associated stores (and similar initiatives by Amazon.com) have create a whole parallel economy of primary or secondary earnings.

Related to the trend of netarchical capitalism is the user-driven innovation process that we explained before. This can happen within companies but also through the creation of new kinds of exchanges where companies offer incentives to communities of researchers to come up with technical or scientific solutions. Among the examples are Innocentive.com. These initiatives blur the distinction between the commons and the market, since the supply is organized with P2P formats, but the corporate incentives create competition for the resources offered, and eventual payment is involved. At the same time, we might except peer to peer exchanges that fall outside of any for-profit priorities, and businesses from the social economy sector, for whom profit is a subsidiary concern. This new sector may seem marginal today, but is in my opinion, ‘the next wave’ in terms of new types of corporations. What seems important in a possible evolution towards a participatory society is the following. Although the large netarchical corporations do enable participatory networks, their for-profit nature makes them dangerous trustees of commons-favorable protocols. Their will be a continuous tension between their need to retain the trust of their user base, and the pressure of advertisers as well as their own bottom-line needs. It would be preferable that minipreneurs and those who need platforms to transform use value into exchange value, to have access to open platforms. Projects like the Broadcast Machine of the Participatory Culture Group, or the Prodigal marketplace seem to go into that direction.

The emergence of a netarchical ideology

The emergence of the netarchy is accompanied by a new ‘ideology’ which both embraces participation, but crucially sees capitalism as the only conceivable horizon for the future of humanity. It is the kind of ideology one can identify with the “California ideology” expressed in Wired magazine.

The netarchical ideology has its expression especially in the international political economy, especially in the form of ‘bottom-of-the-pyramid’ economic development, as championed by C.H. Prahalad. Prahalad and the movement he inspired, recognize that the one billion people at the bottom of the pyramid manage to have a cash flow of $2 per day, even though they do not have the capital. And Hernando de Soto, with the social capital movement in general, shows how this capital can be partly generated by ‘formalizing’ the informal capital that they often do have, but that the current institutional framework cannot recognize. Thus Prahalad and others try to convince capital and development institutions to develop solutions like micro-banking, creating bottom-up collectives of the most poor and a virtuous cycle. A bottom-up, distributed form of capitalism if you like, which shows an uncanny resemblance to P2P processes, and this is why we consider this position to be netarchical. The problem with these solutions is that they often aim to ‘capitalize’ everything, and do not have any regard for the surviving forms of the commons which are still very much alive in certain areas of the South, destroying the traditional social fabric. The profit requirement â€“ and one cannot see how the current 15% profit requirement of financial investors and multinational corporations can lead to any permanent engagement of these forces in B.O.P projects.

Jock Gill of the Greater Democracy weblog has criticized BOP schemes for these reasons, and has offered an alternative approach: namely citizen-to-citizen or ‘edge to edge’ development partnerships. Whereby collectives of individuals with capital, would directly provide collectives of individuals without capital, with the necessary amounts of small capital, and without imposing the profit requirement. Such practices are already widespread within the U.S. themselves, in the form of Gifting Circles, whereby local groups collate gifting money of its members, study options for giving together, and decide on appropriate local initiatives to support.

This post was previously published on p2pfoundation.net and is republished here under a Creative Commons license.