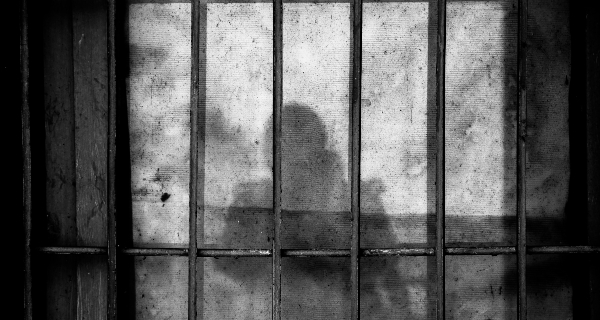 An inner-city teacher, I have students who tell me about the food they ate in jail, and what they watched in jail. They don’t talk about their experiences being locked up often but when they do, the stories are heartbreaking.

When I drive home, I grieve thinking about the traumatic experiences of my kids.

Produced by Michael K. Williams, the famous actor from “The Wire” who played Barack Obama’s favorite TV character, Omar Little, the first episode of VICE’s sixth season was nothing short of brilliant. Recommended by my cross country coach, Lance Harden, I was told that “Raised in The System” was great in a way most documentaries just weren’t, and then I was warned it would make most viewers cry. “Raised in The System” is an examination of the costs of mass juvenile detention, and the great thing about it, in my opinion, is that it doesn’t preach. It lets the people in the system, from the judges to the parents to the kids, tell their own stories.

Williams himself plays a more passive role in being the orchestrator of these stories. Although he shares statistics about there being 850,000 juvenile arrests a year, with the United States having the highest incarceration rate of minors in the world, he avoids making an overt or sweeping political statement or claim, and as such I will as well. But “Raised In The System” does try to re-direct the national conversation about mass incarceration: we have to start addressing the juvenile detention problem before addressing the mass incarceration problem. It looks into the efforts of various local communities across the country in dealing with the juvenile incarceration problem — such as those in Richmond, California, Brooklyn, New York, and Toledo, Ohio.

Again, the strength of the documentary isn’t about what’s right or wrong or political. Its strength is in showing the human stories of how various kids and communities are affected by the juvenile detention problem, and how they’re responding to it.

The sociologist, Dr. Bahiyyah Muhammad, says that “Because we’re not talking about it, it turns into this large snowball.”

Williams then interviews the kids in the room. One boy tells Williams about how he saw both his father and his uncle get arrested in front of him. “It hurts, it hurts a lot,” the boy says.

One girl tells Williams about living in a home with an abusive father, but a very loving mother. “My mom — I always try to give her back what she gives to me by being a scholar student.”

The last boy, also named Michael, starts by coloring in phones. He picks phones because “you can always keep in contact.” He has a brother in juvy who was another father figure to him. With a father who was abusive and a mother who passed, he is very isolated. The only person there for him was his stepmother, who is currently in prison. His entire family went to prison in some form, and often his various elementary schools would threaten to call D.Y.F.S., the Division of Youth and Family Services, because of his bruises.

“I want to be the first to grow up and not go to prison.”

Williams then asks Michael what he wants to do when he grows up.

“I want to be a D.Y.F.S. worker, because I could try to help kids. I would know what their pain is, and I can say, ‘you will get through it, because I’ve been through it too.’”

And like Williams I don’t want to speak to these personal stories. All I do is take a step back and say that Lance was right: I did cry at the end, and the best thing you can do is watch “Raised in the System” for yourself, too.

Originally published at https://www.theodysseyonline.com on May 10, 2018.