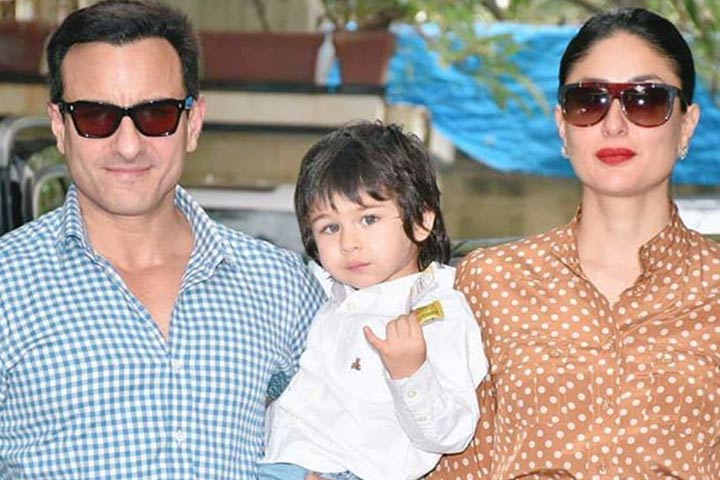 If you had to name a star kid who is adored by millions, Taimur would probably be the first one to cross our minds. Adored and loved by his fans nationwide, his fans waste no time in making his pictures go viral. The star kid who turned 3 a few months back is a favorite among paparazzi and his is probably one of the most sought-after pictures by the media. Though being born to superstar parents Saif Ali Khan and Kareena Kapoor Khan does put one on the radar of celebrity status right away, the little munchkin is adored more for his cute looks than his famous parents. So, it’s no surprise when the young lad’s pics go viral whenever they surface on the internet. Recently, a side by side picture of the father-son duo caught the attention of the netizens and for the right reasons. The image which was shared by a fan club of the actress captioned the pic as “Saif or Taimur???? #likefatherlikeson”.
Check out the post here: 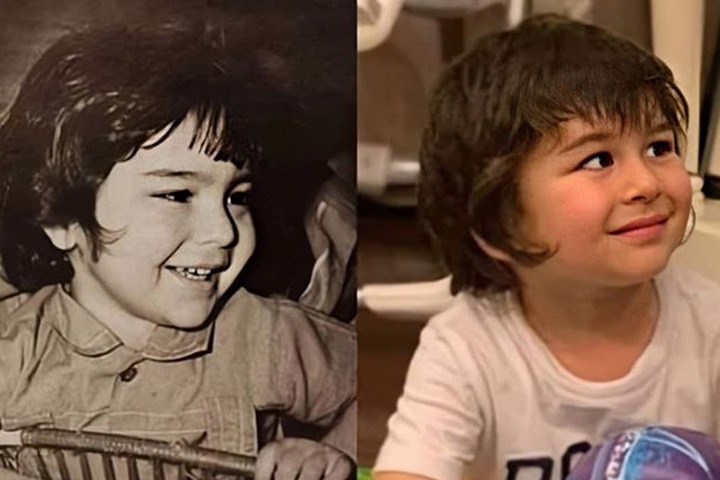 At first glance, if it wasn’t for the black and white image on the left, it might be hard for one to differentiate between the two. As soon as the pic was shared, fans were quick to respond to how the father-son duo looks like a carbon copy of each other.

While fans are used to comparing Saif with his elder son, Ibrahim Ali Khan, this pic definitely took them by surprise as Tamiur and Saif look like two peas in a pod. From their similar hairstyles, subtle smile to their facial features, the two look exactly alike.

Kareena Kapoor recently made her Instagram debut on Thursday last week and gained lakhs of followers within minutes of her arrival on the social media platform. The actress posted a stunning picture of herself wearing Puma and captioned it as “the cat’s out of the bag. #HelloInstagram”. Fans were quick to respond to the image shared by the actress and gave her a warm welcome. Many celebrities including ace designer Manish Malhotra and Bollywood actors such as Arjun Kapoor, Kajol, Neetu Kapoor, and Malaika Arora welcomed her on Instagram. Sister-in-law and actor turned author Soha Ali Khan also gave a sweet welcome by commenting “Picture purrfect!” on the image. The actress hit 1 million followers on Instagram in less than 24 hours after her debut. 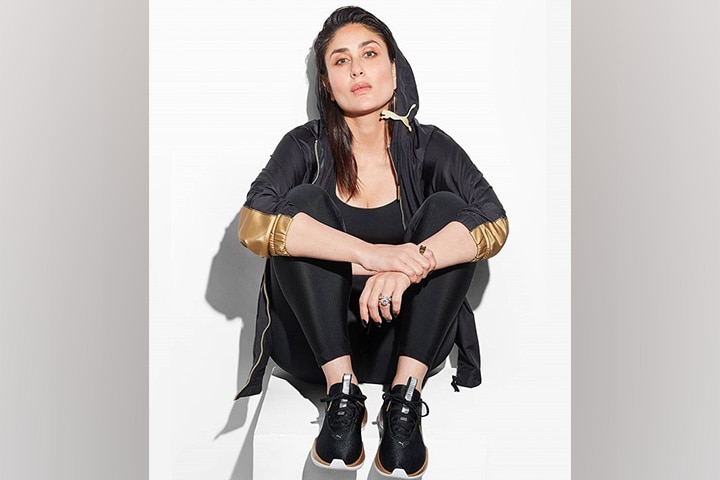 Kareen Kapoor Khan recently spoke about her Instagram debut when she attended the screening of Mentalhood; the web series featuring Karisma Kapoor in the lead role. Talking about the love she received from her fans on Instagram, the actress said it was her fans that pushed her to create her own account on the social media platform. The actress stated that since so many people kept asking her about it and as there are already several fan pages, she thought it would be a great platform for her fans to know more about her on a personal level as well as her films and her brands. Kareena also mentioned that she would also post pictures of little Tim on her account.

Well, we are truly thrilled that the diva has finally joined Instagram as her fans will now get a glimpse of her life and get to know her even better. Within a few days of her debut, the actress’ Instagram feed already contains a few pictures of the adorable munchkin. She captioned the first post with little Tim as “The only one I will ever allow to steal my frame…”. In the black and white image, Kareena can be seen holding him in her arms and Taimur covering most of the frame. 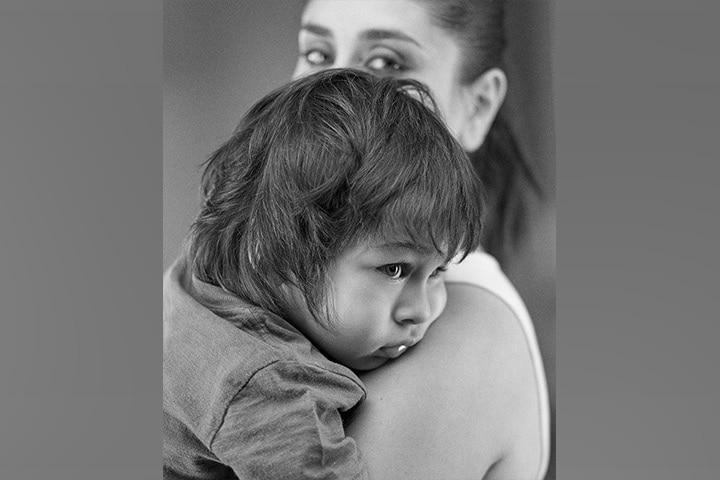 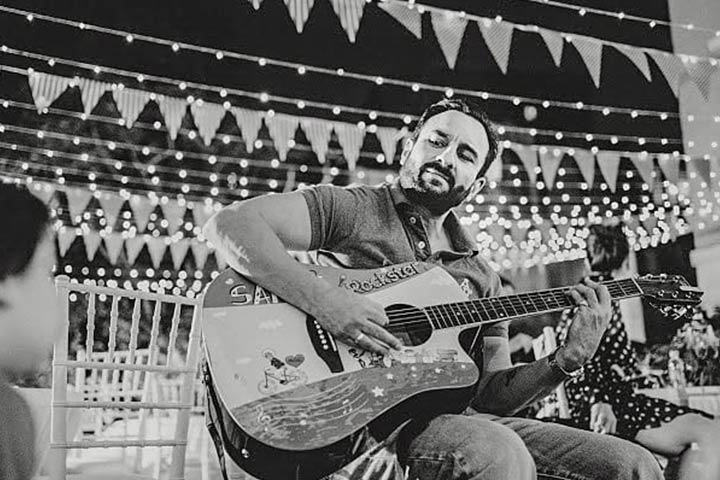 On the work front, Kareena will be next seen in Angrezi Medium along with Irrfan Khan. The movie is slated to release on March 13.