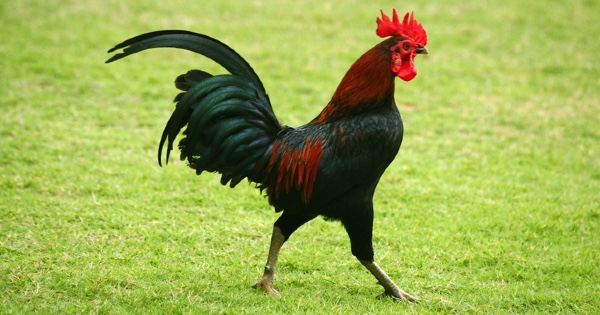 Most Saturday afternoons, I endeavor to get my seven- and four-year-old sons out of the house and out of their mother’s hair. Sometimes we go to a park or for a hike. If the weather is bad or they are especially whiny, I treat them to baked goods at our local coffeeshop. Every now and then, our Saturday trips are aimed at a larger good for others rather than merely bribing them out the door.

We joined a group of volunteers at a local community garden. This was in late winter. The sun hung weakly in the sky. Bundled in their puffy coats, my boys stomped their feet to keep warm as one of the coordinators handed out the work assignments. She instructed us to go to the greenhouse, adding with a wink, “You might find a surprise there.”

Who did we find sitting on an overturned paint bucket, pulling weeds around the collards? An elderly man with white hair and a neatly-trimmed white beard. He wore red suspenders over a denim shirt and his eyes were merry and bright underneath his red and white hat. He introduced himself as Santa Claus with a trademark ho-ho-ho.

The youngest gave Santa a look of pure delight. But the oldest cut his eyes, suspiciously. Did something about that laugh seem forced? Santa asked their names, but before his little brother could reply, he shot back, “Why don’t you already know?”

Santa explained that he delivers presents at night and that children look differently in the light of day. My firstborn nodded and I was impressed. Santa may have been sitting down, but he was quick on his feet.

Afterwards my sons and I set off to work in the chicken coop. There we met a different sort of surprise.

The rooster’s name was Prince. His appearance was regal with his bright red comb and wattle set against his slick black feathers. But Prince took one look at us and let out a hair-raising crow that I interpreted as “Who the heck are y’all?”

My sons immediately hid behind my legs.

His harem of seven hens created their own jangling discord as Prince grew more agitated and aggressive, pawing at the dirt with his mean-looking talons.

But as the boys tugged on my legs, we heard a new voice.

The rooster fell silent. Then my sons and I looked behind us in surprise. We hadn’t even noticed this woman enter the chicken coop.

She introduced herself as Mae. She wore faded overalls and fingerless gloves. Her braids descended down her back from a tie-dyed bandana around her head. She had a bucket of corn perched like a baby on her hip and a wide smile aimed at the boys still clinging to my legs. Gesturing toward the hens clucking around her rainboots, she asked, “Which one of y’all wants to be the first to feed these girls?”

My sons answered in unison, “Not me!”

Mae laughed softly and melodiously like wind chimes. Then she proceeded to introduce “the girls.” Raven, who was all black; Honk-Honk, who made a gooselike sound; and Little Girl, the runt of the clutch. After broadcasting corn kernels across the ground, Mae lifted Little Girl to her face and nuzzled the chicken’s back. The bird instantly relaxed. I swear this chicken started cooing! Mae beckoned the boys with an encouraging finger, “Y’all come pet Little Girl.”

They took a step backwards.

“It’s alright, I promise. I’ll be right here beside you.”

The boys were quiet on the drive home. I was remembering those moments with Mae. How I had watched my younger son take his big brother’s hand. How both had taken a deep breath and crept forward. How they had patted Little Girl while Prince sulked in the corner. How the chicken was cooing, how my boys were giggling, and how, over all three of their heads, Mae had caught my eye. How she and I had grinned like it was Christmas morning.

I’d barely cut the ignition before the boys burst out of the minivan, charging into the house and into their mother’s waiting arms. The older brother spoke for the two of them.

They eventually told her about that other guy. And I learned yet again that—surprise, surprise—small lessons are actually big, happenstance encounters may be full of meaning.