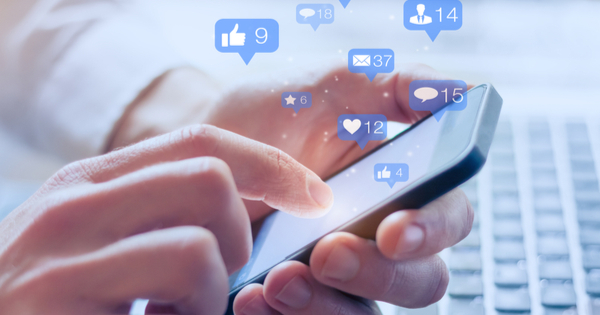 There are so many reasons that are consistently listed for leaving social media. Wasted time is usually the number one reason, followed by privacy, security, and political divisiveness. But after ruminating on this for several months off and on it came down to a single word: Trust. Do I trust the social media sites that I use? It’s not about whether I trust other users, or whether or not I believe that my security is at risk from those users, but rather if I trust the company that is essentially leasing me space while they make money. Lots and lots of money.

This is no different from the way you feel about your job and make no mistake, you are working for the social media sites you use. If you feel like you cannot trust your employer it makes it really hard to work there. We all need money in order to have the basic necessities in life but if the trust is lost within those walls it makes being there nearly impossible. You feel uneasy going in and from the minute you wake up it bothers you. Receiving a paycheck certainly helps, but what if they stopped paying you? What if instead your coworkers only complimented you on how you look, or what you’re having for lunch, or how cute your kids are? You probably wouldn’t last long, that feeling of uneasiness quickly turning into complete unrest.

Every single post we make is earning the company we are being hosted by a little money. Now if they actually paid us for our work on social media it would probably only be a little over $100 per year. But Facebook has 2.3 billion monthly active users. If our pay is a fraction of what Facebook makes, the math is staggering. It’s nothing short of Feudalism the way this is set up and Lord Facebook is making money hand over fist. The vassals in the pyramid are mostly celebrities and influencers. But most of us are mere serfs, sowing along on our tiny piece of land to make money for the lords in return for our little place in cyberland.

According to Health Line, 77% of Americans have a social media profile of some kind. A study recently published in the Journal of Social and Clinical Psychology showed a link between social media and the negative effects on well-being, primarily loneliness and depression. And from 1999 to 2014, suicide rates in the US increased by 24%. In 1997 Six Degrees, the first recognized social media site, launched. By 1999 blogging sites like Blogger, became popular. Myspace launched in 2003 and then Facebook in 2004. We are now inundated by social media. Suicide rates continue to increase and so do cases of depression. This can’t be a complete coincidence. But now social media is considered almost mandatory. Those who don’t have it seem far behind. But if you’re going to ‘work’ there, do you trust it?

For me it came down to one simple truth; I just can’t trust Facebook. There is no concern for Facebook other than to make as much money as possible. And why should they do anything else? This is capitalism, and they are, after all, the Lords in this particular feudalistic pyramid. It’s not Facebook’s job to fix any social ills they may have created, the job at hand is to make money, and that’s what it is they’re doing.

That being said, I still kept Twitter and LinkedIn. But as a freelance writer, I have to have at least one way other than my website to network and try to get jobs, because it’s my job. But I never once got a job from Facebook or Instagram and I couldn’t for the life of me figure out what it was doing for me other than allowing me to waste time and energy. Yes, I could keep up with acquaintances but I wasn’t sure I even needed to anymore. Those who were following me on those accounts didn’t care much about reading what I wrote, they cared for me too personally. Plus, a personal Facebook and Instagram page have more to do with personal updates than pushing where your latest article has been published.

But an unintentional and interesting thing happened since I deleted my accounts; I’m having more phone conversations. I’ve had to call a few people to get the story of what’s been going on in their life, or send a nice personal email to ask a few questions. I’ve felt honestly connected and I’ve reconnected with some people who saw I jumped offline and texted or called to make sure everything was ok, and it since has sparked some great conversations.

Why are you keeping your social media accounts? What is it that they do for you? And if you look at it from the perspective of a job, do you trust your employer? Lord Facebook needs you to continue to sow your little piece of land no matter what cost it is to you. Your health is of no consequence and the larger the gap of trust, the more unrest you may feel and that’s the part that makes it an unhealthy relationship.