Cheap and abundant shale gas supplies could be the death knell of nuclear energy in the united kingdom, and in many other countries as well, threatening attempts to reduce greenhouse gas emissions. 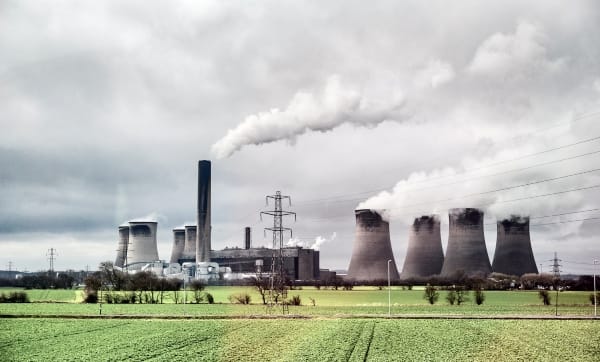 LONDON – Nuclear power stations in Canada and the United States are closing because they cannot compete with cheap power being produced from shale gas. This revolution in the way North America produces its electricity is sending shock waves through the nuclear industry in Europe too. New nuclear build will be spectacularly uneconomic if a fracking industry is successful in the United Kingdom. Gas prices would tumble as they have across the Atlantic. Even the existing nuclear stations in France, Belgium and the UK would find themselves struggling to compete, especially if they need investment to achieve modern safety standards. A report, expected to be published shortly by the UK Government, shows that the country may have massive gas reserves that can be released by fracking. It is a controversial technology because of environmental concerns about water contamination and earthquakes, but it promises cheap power, far cheaper than even the most optimistic new nuclear station operator could offer. If the leaked reports that the British Geological Survey has dramatically increased its estimate of the amount of gas available in the UK are correct, then reserves are 200 times greater than originally thought. This is enough for more than a century of British needs and will cut gas prices across Europe.

This kind of bonanza in the US has made gas generation cheaper than coal, resulting in a reduction in coal-fired generation there and a fall in coal prices internationally. The switch to gas has led to a temporary drop in US greenhouse gas emissions from the power industry, because gas is a cleaner fuel than coal. In the long run, however, a large supply of cheap gas undercutting both renewables and nuclear will be a serious threat to international attempts to tackle climate change. Nuclear power, supported by the UK Government chiefly as a low carbon technology that is important to the energy mix, would be priced out of the market. An example of what may happen in Europe if fracking gets under way is the decision on the Gentilly-2 reactor in Quebec. The low price of generation from gas obtained by fracking – four to five cents a kilowatt hour – puts the nuclear power plant at a competitive disadvantage. Its current production price is nine cents and it needs a $4.3 million refurbishment. This makes it uneconomic to update. According to the Montreal Gazette Thierry Vandal, president of Hydro-Quebec which owns the reactor, told a national assembly committee hearing that “shale gas killed Quebec’s only nuclear reactor.” The financial analysts Bloomberg say six nuclear stations are at risk of “early retirement” in the US for the same reason. Duke Energy has decided to close the Crystal River Unit 3 plant in Florida rather than repair it, and Dominion Resources Inc’s Kewaunee reactor in Wisconsin is closing. The future of four other reactors is being reviewed. In the UK the programme to build at least eight new reactors has hit trouble because a series of potential backers has pulled out – the latest of them Centrica, the largest electricity supplier in the country. It had a 20% stake in plans by EDF, the French nuclear giant, to build four new reactors in England. With costs escalating and delays, the company wrote off the £200 million it had already spent on the project and said that instead it was to concentrate on gas generation and renewables (see our report of 5 February).

EDF is looking for new partners and is in talks with the UK Government to try to get a minimum price for electricity from the new stations. This is to be a guarantee for investors so that they will get their money back. The trouble is that the European Union bans subsidies, so the Government will have trouble avoiding legal action if it props up nuclear power. The nuclear industry is reported to need a price of £100 a megawatt hour for 30 years for its electricity to get a reasonable return on its investment, while the current price is around £60. If EDF built four reactors that would cost householders and businesses about £1 billion a year in higher bills, a decision not likely to be popular. The nuclear industry’s current plans are to build four of the European Pressurised Reactors at two sites in England. The two under construction in Finland and France are years late and billions over budget. There was another blow this week (Monday 11 February) when the the Finnish plant, the prototype, was delayed again, until 2016. It was started in 2005 and was supposed to be connected to the grid first in 2009, then in 2012. The start date was then put back in 2012 to “beyond 2014”, and the cost rose from 3 bn euros to more than 6 bn. – Climate News Network