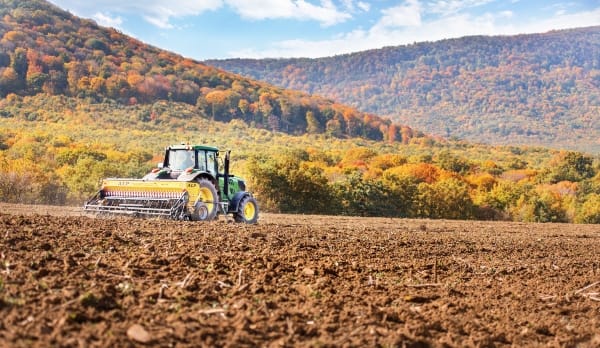 Ronald Amundson is professor of environmental science at the University of California, Berkeley, and dirt is his life’s work. He grew up on a farm in South Dakota and credits a great high‑school teacher for inspiring him to look at the more ‘intellectual aspects of soil’. Since then, Amundson has gone on to study the desert-like soils on Mars as well as the life-supporting soils on Earth. He was recently the lead author on a paper about the state of the world’s soils. (Spoiler alert: it’s not good.) Aeon asked Amundson how we can address the current problems with our soil – or whether we should start looking at the desolate surface of Mars as our future.

Why should we be so worried about the state of our planet’s soil?

Amundson: We had 10,000 years when we could make mistakes that would ruin the soil, cause erosion or ecological degradation, and people could move on to new places. Now we’ve essentially filled up the globe. We’ve exploited about all of the soils left that are applicable to agriculture. So we are at a point where we can’t make mistakes any more.

Can you describe the current threat to our soil?

Amundson: Preventing soil erosion and managing soil nutrients have challenged farmers for thousands of years, and will continue to be important this century and beyond. But today we face a third challenge, the interplay between a warming world and all the carbon stored in soil, particularly in the Arctic regions. Specifically, as the climate warms up, the soils of the north start to warm up too, and stimulate the microorganisms that live in the soil, which in turn degrade the carbon that’s been stored there for thousands of years. In scientific terms, it’s called positive feedback. The warming causes the micro-organisms to release CO2 and methane, which further warm the world, which in turn accelerates the degradation of soil. It’s a loop that feeds on itself.

How can we start to reverse these trends?

Amundson: Things that are in our control are erosion and nutrient management. A lot of people recognise that we’re in the midst of an agricultural renaissance – young people are interested in farming, at least on a small scale, to provide products for urban markets, and researchers are re‑investigating low‑input agriculture and alternative farming methods. This movement isn’t going away: it’s going to become bigger and weave its way into mainstream modern agriculture research and practices.

In the American Midwest, farmers have adopted more sustainable farming methods simply for economic reasons, and planting methods have been developed that reduce the need for tillage and cultivation practices. Farmers can now plant, spray a herbicide on the field and then basically do nothing until the crop is ready to harvest in the Fall.

We’ve broken the issue of nutrient, or fertiliser, management down to a science. Can you explain how the future looks there?

Amundson:  The most important nutrient in most agricultural systems is nitrogen. Plants require it in abundance, and there’s a limited store of nitrogen in soil organic matter. Around 1920, we developed industrial methods of converting nitrogen gas in the atmosphere to fertiliser, and this has changed the ability of global agriculture to supply food for the world’s population.

As we move into the future and fossil fuels become rarer and more expensive, we will have to move from nitrogen, derived from fossil fuel, to more sustainable and less energy-intensive methods. That is going to be a challenge. Another looming issue is loss of phosphorous, a nutrient derived from the rocks or sediments and removed from fields when crops are harvested. Within the past decade, economists and agriculturalists have called for renewed efforts to recycle phosphorous from our waste and food streams, and bring it back into the agricultural loop.

You’ve also studied the soils on Mars. Any sign of life there?

Admundson: We don’t know if Mars is lifeless now or has been lifeless throughout its history. It’s clear that at various points in the past few billion years there’s been rain or snow from the atmosphere that landed on the surface of Mars and interacted with the rock and moved salt around in ways that look remarkably similar to what we see on deserts on Earth. Mars in the past looked a lot like the Earth we know today. It had running water. It had lakes. It had soil formation processes that are similar to arid and semi-arid conditions on Earth. And it wouldn’t surprise me at all that at some point in the future we discover organic molecules or even still‑existing living microbes in subsurface environments on Mars.

Is there any chance that eventually our soils would start to look like those on Mars?

Amundson: I hope not! When you think about it, it’s striking that our planet is so wonderfully situated to serve as an oasis of life in our own solar system, and for all we know, in the Universe. For me, the NASA missions to both Mars and the Moon have driven home the point that we should focus our attention on sustaining the conditions that allow us to survive here.

Soil is so critical. Is there any scientific evidence that life originated in dirt, and not in the sea?

Amundson:  That is the trillion dollar question. Oceanic advocates argue that life began in marine environments or in hot springs underwater. There are certainly those who say life began in soil environments. The hypothesis is that some mineral particles have a permanent charge and act like flat batteries. These mineral batteries might have helped to orient simple organic molecules and jump start life. Then, there is speculation that life came from Mars, that meteor impacts on Mars distributed rock particles that landed on Earth and brought external sources of life here. These ideas are still debated. Nothing is settled as to the correct answer to this question.