Australian scientists say more than a century of records provide statistically significant proof that global rainfall is increasing, and that this is linked to rising temperatures. 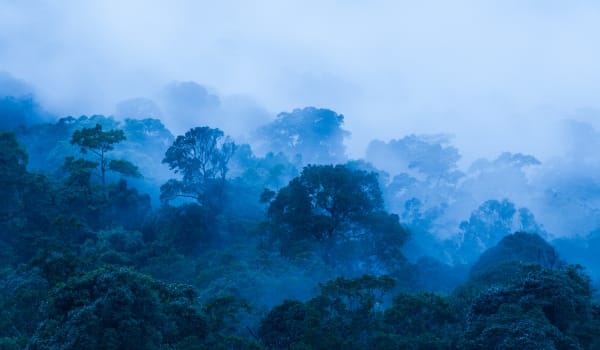 LONDON, – Here is the long term outlook: as it gets warmer, it will get wetter. This will not happen everywhere. But overall, there will be more rain, and more extremes of rainfall. And if you think the cloudbursts are heavier than they used to be, you are probably right. Seth Westra and colleagues from the University of Adelaide report in the American Meteorological Society’s Journal of Climate that they have confirmed a link between extreme rainfall and rising atmospheric temperatures. They looked at daily rainfall figures from 8,326 observing stations that had collected at least 30 years of data between the years 1900 and 2009. They then used standard statistical tests to make sure that the data told them what it seemed to be telling them. And they confirmed that global warming – relatively slight as it has been for the past few decades – has begun to deliver a rainier world.

In the formal words of the paper, “statistically significant increasing trends can be detected at the global scale, with close to two-thirds of stations showing increases. Furthermore, there is a statistically significant association with globally averaged near-surface temperature.” In the course of the same research, they tested a meteorological rule of thumb called the Clausius-Clapeyron ratio: this predicts that for every extra 1°C Celsius, saturated air will hold 7% more water vapour. They found that the observed extra rainfall more or less matched the predicted ratio: that is, mean intensity of precipitation was between 5.9% and 7.7% depending on how they did the analysis. This remained true no matter what the length of period under examination. There was some variation in the findings according to latitude, however, and some uncertainty remained about rainfall nearest the Equator: this might have something to do with the quite limited number of places where rainfall has been recorded over long periods. Even so, the strongest increases in rainfall occurred in the tropical countries over the 110 years they measured. “The results show that rainfall extremes were increasing over this period, and appear to be linked to the increase in global temperature of nearly a degree which also took place over this time,” said Dr Westra. “If rainfall events continue to intensify, we can expect to see floods occurring more frequently around the world.” The argument for better data collection is supported by Jay Lawrimore of the US National Oceanic and Atmospheric Administration and colleagues in North Carolina, in the latest issue of Eos, published by the American Geophysical Union. They report that an International Surface Temperature Initiative, which began through a partnership of scientists around the world, has just released a global land surface databank.

This, they say, offers better spatial coverage for temperatures since 1800. It has benefited from “a renewed focus on rescuing, collecting and integrating data from original forms”. This is necessary because although farmers, natural philosophers, sailors and the first meteorologists have been carefully compiling temperature records for centuries, there were no digital records at all until 50 years ago, and there is probably as much still to be incorporated as there now exists in digital form. This creates all sorts of challenges: the original material has to be scanned or photographed, and then converted to some electronic form; then all the data has to be converted to a common format, and recorded in an inventory, so that at every stage users can check its accuracy, and its provenance. Once that has been done the data from 30,000 unique stations has to be merged into one big data set: not a simple matter, because it involves information collected by hundreds of thousands of people using hundreds of languages, and differing ways of observing, making averages, and documenting their archives. But, say the researchers, it will be a foundation for new methods of analysis and it comes “at a time when the need for high-quality, traceable and complete data is greater than ever before.” – Climate News Network