With one of the highlights of the british sporting year taking place, the bookmakers will be weighing the odds very carefully. What odds might you get for a wager on climate change? Our racing correspondent offers his tips. 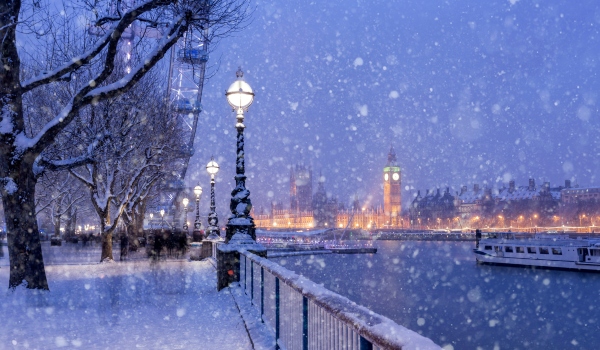 LONDON – The runners and riders are ready. It’s Grand National day in England, one of the highlights of the world’s racing calendar. Some – Climate News Network among them – might be hard pushed to tell one end of a horse from the other, but no matter. This is the day for a flutter.

Down at the bookies the wallet is teased open, coins passed carefully across the counter and the betting slip, the key to undreamed-of riches, is jealously guarded.

These days it’s not just the horses you bet on. Virtually anything is up for a wager – the sex of the next royal baby, who will come bottom of the football league, how long it will take the tears to fall in an Oscar winner’s thank you speech, or who will be Pope. There are even odds on how fast various species will disappear. And what about climate change?

Sure enough, the bookmaker Paddy Power has been offering two sets of climate change-related statistics the punters could have a wager on. The first is “2013 to be the warmest global year on record”.

Interestingly, the odds on that happening are relatively short at 7/2 – meaning the bookies feel there’s a a relatively fair chance of a record warm year, even at a time when much of the United Kingdom is experiencing a period of exceptionally cold weather. Put a two pound bet on and you only get seven pounds back, plus your two pound stake.

Bookmakers are a wily bunch who spend their lives assessing risk. They are not going to take the chance of setting long odds and paying out big amounts of money.

The second data set Paddy Power has been offering odds on is “the 2013 Global Average Temperature Anomaly”. This means placing a bet on the range average global temperatures are likely to increase in 2013, based on a mid-20th century baseline.

Scientists at NASA’s Goddard Institute for Space Studies say the average global temperature in 2012 – compiled from more than 1,000 meteorological stations around the world – was 14.6°C, a figure which is 0.6°C higher than in 1950.

It seems the punters have picked up the scientists’ message. The bulk of money wagered at Paddy Power is being put on temperatures continuing on the trend of rising within the 0.6°C range – with some betting that temperatures will rise beyond that level and only very few willing to place a bet on temperatures falling any time soon.

Back in 2005 two Russian solar physicists, both with severe reservations about the whole concept of climate change, decided to let their money do the talking and wagered US$10,000 on the planet cooling, not warming, in the years to 2015.

According to the Goddard Institute, the ten warmest years on record since 1880 have all occurred since 1998, with 2005 and 2010 ranked as the warmest.

So unless there’s a catastrophic drop in global temperatures over the next two years, it looks as though the Russian physicists are going to be big losers. They should stick to betting on the horses. – Climate News Network