The natural world is already adapting to changes in the seasons, with evidence from the united states that spring is steadily advancing the time of its arrival. 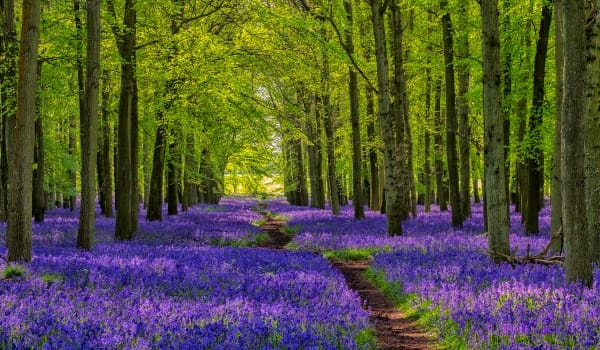 LONDON – Appalachian spring – and springtime in the Rockies, and mountain greenery too – will tune up a little earlier: up to a month earlier, according to new studies from the United States. Scientists report in Geophysical Research Letters that careful analysis of observations of budburst – that promising moment near the end of winter when green shoots begin to appear on the first trees – show that spring could arrive dramatically earlier by the end of this century. Although meteorologists and climate scientists base their forecasts on the levels of carbon dioxide in the atmosphere and an expected parallel rise in temperatures, a group of observers known as phenologists take another approach. Phenologists – they could be university botanists, or keen amateur gardeners, or government agencies, or schools and colleges, or just citizen scientists – have been recording the behaviour of plants, birds, insects and so on for decades and noting the first bud, the first leaf, the first bloom, the first signs of nesting and so on. And, over the past 30 years, spring in the northern hemisphere has arrived steadily earlier. Since daylight length does not change, the implication is that plants and animals are detecting a steady rise in temperatures and responding ever earlier. Su-Jong Jeong of Princeton University and colleagues looked at data from the USA National Phenology Network for budburst in five tree species at 196 sites in the continental US and fed the data into models for climate change.

They tested these with four climate scenarios and found that on average spring could announce itself 17 days earlier in the future. In the case of specific trees, such as the red maple, budburst could occur anything between eight and 40 days earlier, depending on the part of the country, by 2100. Trees in the northernmost states – Maine, New York, Michigan and Wisconsin – could bud up to 38 days earlier. In the southern states, the effect will be much less pronounced. And, the scientists predict, the “green wave” that rolls north over continental North America with each new spring will also accelerate. It now takes just over 74 days for budburst to spread from the southern states to the Canadian border. By the end of the century, the phenomenon will have shortened to 59 days, they predict. There is a practical aspect: this kind of research is concerned with understanding in detail how the world works, and how changes in temperature might affect ecosystems, which in turn could feed back into climate change. “We expect that climate-driven changes in phenology will have large effects on the carbon budget of US forests and these controls should be included in dynamic global vegetation models,” the authors say.

“…a cold winter is enough to make some people, including many newspaper editors and opinion leaders, doubt the overwhelming scientific consensus on the issue”

But while plants and animals seem to be aware of global warming, humans are much more fickle, according to new research from Canada. Researchers at the University of British Columbia report in Climatic Change that although periods of intense heat can increase concern over the possible effects of climate change, a cold snap can lead to scepticism. Simon Donner and Jeremy McDaniels studied data from national opinion polls taken between 1990 and 2010, and analysed opinion pieces from US journals such as the Wall Street Journal, the New York Times, the Washington Post and USA Today. They then tried to put a value on the relationship between average national temperatures and responses in the polls, as well as the heated – or cool – expressions of opinion in the newspapers. They found that people do tend to “blow hot and cold” according to the evidence around them. When seasons were warmer than normal, Americans were more convinced about human-caused climate change. “The study demonstrates just how much local weather can influence people’s opinions on global warming,” said Professor Donner. “We find that, unfortunately, a cold winter is enough to make some people, including many newspaper editors and opinion leaders, doubt the overwhelming scientific consensus on the issue.” – Climate News Network