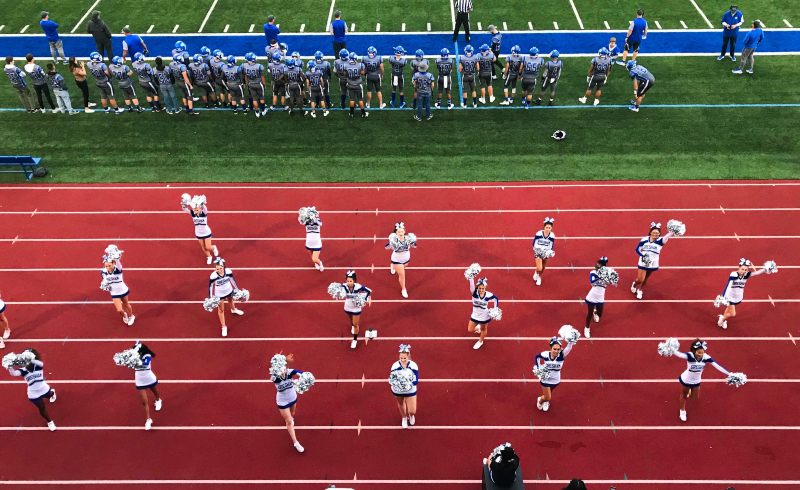 The truth is that I chose which high school I would attend based on their cheerleading squad. Nothing mattered to me more than to make it onto the team. However, we seldom understand the wishes we make when we are making them.

I did not get onto the team during the first tryouts. I was devastated. It may have only been my first year of high school, but it felt like the end of the world.

The next year I attended tryouts again and was chosen to be part of their team. It should’ve been the best thing to ever happen to me, but soon enough, it was going to end up being the worst.

They treated me terribly. It is as simple as that. There is no other way to put it. I was the person who had to do all the extra work no one else wanted to do. And I had to do them because they were captains orders.

I sat next to the radio and hit play, pause, or stop whenever instructed. I was the person who had to run around the campus during cheer practice to get anyone anything they needed.

I carried trays of drinks from the school canteen to the gym for the rest of the team. I felt as if I were being treated like a maid. Of course, I wanted to help. However, I joined the team for a reason, and it was not to be their servant.

During my first cheer competition, we stayed in a hotel along with other cheerleading teams from different states. I got put into a room with two other girls. It had one queen-sized bed and a single bed; perfect for three people.

That night, a senior who was staying in the same room as I told me I would be sleeping on the floor. I asked her why, and at first, she explained, “I’m on my period and I’m scared it’ll get all over the sheets.”

I replied, “It doesn’t bother me.”

After dinner, I found out another three girls from our team were going to be sleeping in our room. It was because their room was on a different floor, and they were afraid to be on their own. I didn’t mind until I found out that they were going to make me sleep on the floor.

I disagreed, but it wasn’t enough. How could it be? It was five against one. Sitting on the floor with a pillow and a blanket, I called my father and told him about it.

My senior noticed what I had done and immediately asked me to sleep on the single bed, and then asked her friend to come to sleep in her bed.

I couldn’t sleep that night. They were awake chatting for hours. They thought I was asleep so they took the opportunity to gossip about me. One girl was on the phone with her boyfriend and put him on the loudspeaker.

I remember him asking, “who is in the room with you?”

“My children,” she immediately replied, listing the names of the four people next to her. She continued, “and then on the single bed is my adopted Nigerian child I picked up from the side of the road because no one wanted her. We call her the princess because she expects special treatment wherever she goes.”

I could hear everyone in the room laugh. With my face buried in my pillow, I cried myself to sleep that night, and I quit cheerleading after that incident.

Every brown-skinned person has dealt with racism at some point in their life. I know I have. Yet this was the first time I truly felt ashamed of the color of my skin; The first time that someone hated me for it, and wanted me to know that.

It appalled me to think that people associated a darker skin color with being poor and homeless. The part of this that bothered me most was not how I was treated, but the fact that I believed I deserved it.

If I could go back in time, I wouldn’t change a thing. That experience made me stronger and taught me a lot about the real world. But now I know that the color of my skin does not influence how my life would be.

And that is it for my not-so-cheerful cheerleading experience.

Previously published on “Equality Includes You, a Medium publication.