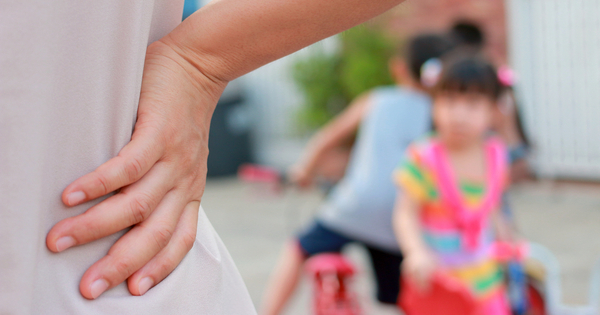 It started innocently enough. A Saturday afternoon at the batting cages. It was me, my two kids, and a couple of dad friends with their kids. I’m terrible with baseball, so one of the other dads takes the reigns and coaches the kids. I was free to spend time with my daughter, Felicity. Felicity is three and has the energy to prove it. No resorting to default screen-time to keep her entertained, it was daddy monster- time. What is “daddy monster”? It’s like tag, but with a lot more running and I make monster noises while she screams and giggles.

About 10 minutes into our third game, we get approached by a woman that we’ll call Jane. I’m not using the name pejoratively, unlike BBQ Becky or Permit Patty. I know she had no ill intentions. Jane walks over from the batting cages, kneels in front of my daughter, and remarks how adorable she is. As my daughter hides behind me, I toss Jane an obligatory, “thank you”. A few moments later, and Jane’s still taking a knee in front of my daughter. An awkward silence ensues, I wondered if I missed something in the earlier exchange. Finally, with a sideways glance, she asks, “Is it okay if I fix her shoes? They are on the wrong feet.” What? I looked bewildered. I was bewildered. “That’s okay; she likes them like that,” I remark. And she does. Plus, she did it herself. Which is awesome, considering she’s three-years-old and takes the initiative without any help. Lastly, for everyone’s sanity, attempting to take her shoes off and switch them would result in WWIII.

The woman disembarks with a confused look of her own, back to the batting cages. At first, her question didn’t bother me, but it snowballed as the day continued. As I mulled over the interaction, I couldn’t put my finger on what bothered me. My encounter with Jane was brief and seemingly benign, but it didn’t sit well. Later that night, it dawned on me. I got Momsplained! The Matrix opened, and the dots started to connect. Why did this curious interaction with Jane bother me? Well, it wasn’t the first time to start. Just a few weeks prior, a similar incident happened at the park. I was offered free unsolicited advice on how to deal with my kids.

What’s Momsplaining, you ask? It is the maternal equivalent of mansplaining. Mansplaining, commonly defined as the art of a man explaining something to a woman that she doesn’t need, ask for or require. Mansplaining stories are pervasive. Like, the Twitter bro that tried to explain practical physics to a female astronaut, as she was 63,000 feet above Earth.

Momsplaning is a similar anomaly. A mom offers unrequested help or advice with your kids. Despite everything being under control, no threat of death or bodily injury.

On the outside, it seems innocuous. It’s a kind word of wisdom. It’s a simple suggestion. In reality, it’s a stark realization that in the year 2020, we still view dads as secondary parents.

Dads are viewed as stand-ins for moms. Second stringers, brought in when the game isn’t on the line, giving the first string moms a break so that they can recover for the next game.

Unfortunately, this kind of antiquated thinking is costly. It impacts the way our kids view their relationships with their dads. In turn, it skews the perspective of a future generation of potential parents. As well as the role men play in the relationship with their children.

Also, it diminishes the hard work and commitment of countless dads. Dad’s, like myself, that are involved and active parents. The late-night feedings, temper tantrums, emergency room visits and early morning mad dashes to school. Present in their lives from day one. The delivery room, the first day of school, sick days and everything in-between. We, “Real Dads” in the cumulative sense of the word, always step up to the plate.

So what’s the takeaway from this?

I can’t speak for all of the dads or parents in the world. But “I got this!”

Now it is time for every parent to stand up and define their roles in the lives of their children.