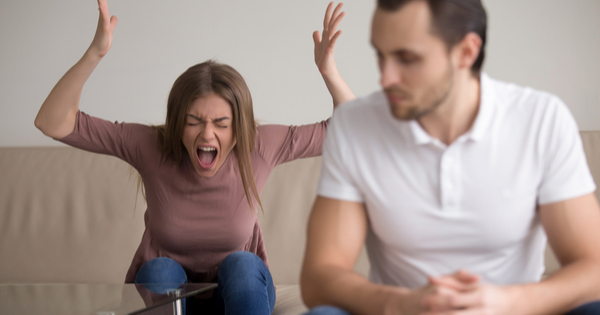 There is nothing worse than trying to live or get along with a manipulative person. Everything has to go their way or you suffer the consequences. The moment you put a stop to people taking advantage of you and disrespecting you is when they define you as difficult, selfish and crazy. Manipulators hate boundaries.

One day, one of my mentees asked me how she can easily know a manipulator in a relationship. My answer was gleaned from my many years of helping youths out of manipulative relationships: Manipulators will always get angry at you for setting boundaries! Healthy boundaries produce healthy relationships, and a lack of boundaries invites a lack of respect. When you tell your partner to “stop!”, are they angry or don’t just respect your opinion? It is great evidence of abuse later in the relationship. What is important in relationships is that we respect each other’s boundaries. To force a dating partner to go beyond these boundaries is never an act of love but rather a sign of perpetual abuse, and this portends great danger for the future of any relationship. You cannot respect someone if you cannot respect their boundaries. There must always be something that is forbidden in a healthy relationship, and it is good to know that the decision not to have sexual intercourse with someone may mean the end of the relationship, but the decision is worthwhile. Any relationship that is not defined will end up defiling you!

Manipulative people do not understand the concept of boundaries. They are relentless in the pursuit of what they want even at the expense of your joy, and they have no regard for who gets hurt along the way. Manipulators come in eight different forms:

#1 ABUSERS HATE BOUNDARIES: The onset of an abusive relationship is always full of manipulations. I have often observed that abusive people are flaw seekers. They erode your confidence in yourself by letting you know how inadequate you are. They need to destroy your self-confidence because it is the only wall that hinders them from having unhindered access to manipulate and control you. The easiest way to abuse people is to make them feel inadequate. Abusive people will magnify your inadequacy in order to dwindle your self-esteem.

#2 TAKERS HATE BOUNDARIES: Givers have to set limits because takers never do! Takers will take and take and then take some more. Even if you give them everything that they ask for, it will never be enough. The taker mentality is related to an abuser mentality. The more you give to manipulative people, the more they will ask of you.

#3 POSSESSIVE PEOPLE HATE BOUNDARIES: The greatest thing in the world is to know how to belong to oneself. Some people act as if they own you! Thich Nhat Hanh once said, ‘’You must love in such a way that the person you love feels free.’’ Freedom is being you without anyone’s permission. Stay away from people that are so possessive and always telling you how to live your life. Jim Morrison said, “Of all freedom, the most important is the freedom to be you”.

#4 BLAMERS HATE BOUNDARIES: Manipulative people always blame someone else for their misdeeds. If someone is always blaming everything else apart from themselves for things they have done, stay away from them. You will have to learn to stay away from people who can’t take responsibility for their actions. Manipulators have mastered the art of making you believe you are the one at fault. Don’t allow someone to make you feel like you’re not good enough.

#5 CONTROLLERS HATE BOUNDARIES: Will Smith once said, “Stop letting people who do so little for you control so much of your mind, feelings and emotions.” Some people know how to live everybody’s life except their own. When a toxic person can no longer control you, they will try to control how others see you. The misinformation will feel unfair, but stay above it, trusting that other people will eventually see the truth just like you did.

#6 INSECURE PEOPLE HATE BOUNDARIES: Baylor Barbee said, “Relationships fail because people take their own insecurities and try and twist them into their partner’s flaws”. Insecure people can only feel better about themselves by pointing out the flaws of others. This category of people blanket their own insecurity by discrediting others. In fact, the more they magnify the mistakes and faults of others, the more they feel good about themselves. When a man is insecure, everyone around him is always inadequate. An insecure person will always ruin other people’s happiness just because he can’t find his own!

#7 PEOPLE WITH TOO MUCH EXPECTATION HATE BOUNDARIES: Some people will always manipulate you to meet up to their own expectations! Bill Lemley once said, “When nobody around you seems to measure up, it’s time to check your yardstick”. When people have unhealthy expectations of others, they often focus on the inadequacies in others rather than appreciating their little efforts. It is good to have high expectation of others, but it must be complementarily healthy or else it becomes toxic. Unhealthy expectation strains relationships and makes others look as if they are incapable.

Manipulation trends most in parenting. Many parents will do anything for their kids-except let them be themselves! I have often told parents on several platforms that manipulating their children to live a life that they (parents) should have lived is ‘Witchcraft’. Don’t make your children the best version of yourself; make them the best version of themselves. Many parents already have a script that they want their wards to fit into for their own selfish interest. They obsessively try to control their children and dictate how they are supposed to live their lives. These parents want to live their lives through their children and neglecting the fact that those children have their own lives to live. As parents, we must prepare our children for their future instead of using them to correct our own past. Wanting our children to be who we should have been is a waste of who they are.

Our parenting skills will always take a wrong turn anytime we set out to manipulate our children. Our work as parents is to nurture the individuality and uniqueness in our wards and not to beat them into the shape or picture that we have in our minds. We are responsible as parents to help our children discover their gifts, use their unique abilities, unravel their hidden talents, and help them fire up their passion. Parents should avoid the temptation of forcing their children to fit into their own design but rather provide them with a platform to stand out with their uniqueness.

Dear parents, you are not in your children’s life to manipulate their destinies. Stop manipulating your children to live a life that you should have lived. Stop being a toxic parent to your children’s future. Embrace their passion and the reality of who they are. Instead of making them into what you want, allow them to express themselves and impact the world. Even if their chosen career is not appealing to you, allow them to be who God created them to be. When your children live a fulfilling life, they will ultimately be a blessing to you and to the world.

I want to reach out to all the youths out there in the words of Ralph Waldo Emerson: “To be yourself in a world that is constantly trying to make you something else is the greatest accomplishment.” You may need to cut yourself away from relationships that are manipulative and abusive in order to live a fulfilling life. In order to avoid emotional trauma before they happen, we must constantly detoxify ourselves from some categories of people. Eliminate anyone who constantly: Lies to you, Disrespects you, Uses you, and Puts you down. Never be bullied out of what God has designed you to be. Control your destiny or someone else will.

Manipulators stifle your freedom and hijack your joy. They get their own strength from taking ownership of the affairs of your life. When you set standards and stick to them, there will be people in your life who will fall away. Let them! Try spending more time around people that affirm your worth and help you nurture your potentials. Cut off people who drain you, or set limits and boundaries that will drastically reduce their negative energy around you. Don’t lose yourself in a bid to find someone else.