A guy named Raz asks his help, and this leads Lyle on another paranormal journey 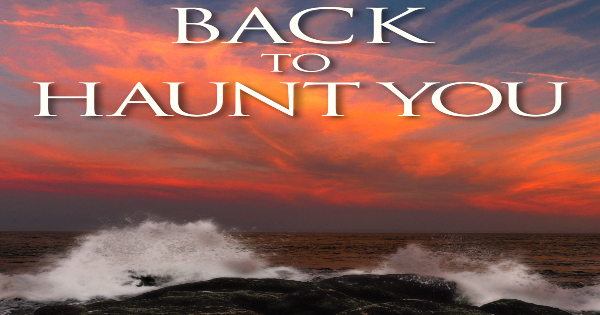 Lyle Hall takes on another mystery in ‘Back To Haunt You’

I don’t normally read books like Ghost Hampton. But right away this one gripped me. It had strong characters, a fascinating mystery and had Lyle Hall dealing with paranormal things. This character changed in many ways as this story moved along, and in the end his life would never be the same. Now he is back for another adventure in Back To Haunt You. I was able to get a digital copy of this book and here is what I thought of it.

You can read the plot for Back To Haunt You here:

A soulless, super-funded land developer is making a move on Sag Harbor, the quaint, authentic un-Hampton. Not some part of Sag Harbor, all of it.

A newly hired Cajun chef has come to Sag to cook at a refurbished old inn on the marina, only to be tormented each night by a disturbing vision—his late daughter.

Southampton Detective Georgie Hall, working an odd case involving a fat corpse in a motel bathtub, is targeted by a murderous prostitute out for revenge.

These distressing developments have one thing in common—Lyle Hall, Georgie’s controversial father, reluctant empath and recovering real-estate lawyer. What could go wrong?

Lyle ends up taking another mysterious case in Back to Haunt You. At first he thinks Raz just might be nuts, until he sees this ghost Raz spoke of himself. Lyle isn’t sure what they want, but wants to do all he can to help it out. The more he delves into this mystery, the more trouble he finds himself in. He takes all kinds of dangerous risks, and pisses plenty of people off along the way. Yet just when it all seems hopeless, he finds the answer in a mysterious shipwreck. As this story comes to a close, Josie has some big news to tell Lyle. If you enjoyed Ghost Hampton, then you will want to check this book out.

Back To Haunt You comes out later this year.