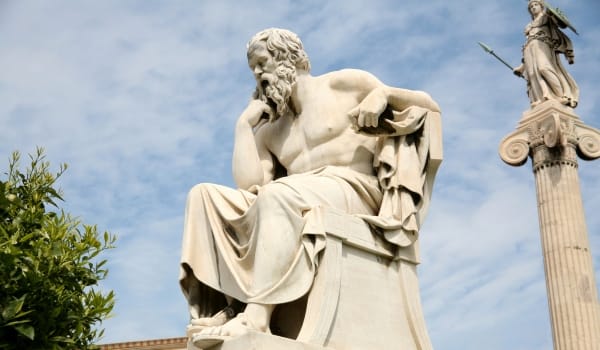 Outside a university setting, telling people that I’m pursuing a career in philosophy can be a bit of a conversation stopper. More times than I can count, I’ve faced the bemused but well-intentioned question: ‘How is that useful?’ I seem like a nice guy, smart, capable – why am I intent on doing something that won’t make me rich and won’t in any appreciable way make the world a better place?

This sort of befuddlement afflicts labourers in the humanities more generally. In contrast with the ‘hard’ disciplines of the STEM fields (science, technology, engineering, mathematics), the humanities are often disparaged as ‘soft’. You don’t need an advanced degree to read a novel, the thinking goes, so why bother?

What do these adjectives ‘hard’ and ‘soft’ denote? The ‘hardness’ is often glossed in terms of difficulty, but there’s nothing easy about work in the humanities – as my students often learn to their dismay, after turning in the first essay in which they confidently claim that the topics we’re studying are ‘subjective’ or ‘relative’ and therefore not open to rigorous critical scrutiny. It might be closer to the truth to say that the ‘hardness’ of the STEM fields is owing to their more technical nature, even if the humanities disciplines also have their technical aspects, as anyone who’s taken a course in logic or struggled with scansion can attest. But that answer just invites a further question: what is it about the STEM disciplines that requires a greater density of technical apparatus?

Let me work toward an answer to this question by way of an analogy. One of the most celebrated films of 2018 was Alfonso Cuarón’s Roma, a semi-autobiographical take on the director’s own upbringing in the Colonial Roma neighbourhood of Mexico City. The central figure, an indigenous maid named Cleo, was played by the first-time actor Yalitza Aparicio to great acclaim, earning her an Academy Award nomination among other accolades. Aparicio is only one recent and prominent instance of a nonprofessional actor wowing audiences. The Italian neorealists in the postwar period made a virtue of working with nonprofessional actors; directors such as Werner Herzog, Ken Loach and the Dardenne brothers have made significant use of them too; and the first-time actor Haing S Ngor won an Academy Award for his role in The Killing Fields (1984).

By contrast, imagine being invited to a violin concerto in which, you’re told, the violinist will be playing her instrument for the first time. To put it mildly, this does not sound like a blueprint for artistic triumph. But why not? Why can directors get masterful performances from first-time actors, but no conductor gets a masterful performance from a first-time violinist? Is it that playing the violin is in some way harder than acting?

The answer, I think, is that, really, there’s no such thing as a first-time actor. Every socialised human being has embodied knowledge of what it’s like to fly into a rage, to explode with laughter, to eye someone with suspicion, to listen compassionately. Learning these things is part of learning to be a person. But unless we go out of our way to acquire it, we don’t have embodied knowledge of what it’s like to drag horsehair across catgut. We all have an intuitive feel for how to perform fictional characters because we perform ourselves all the time.

That said, acting schools are not a scam. Acting is a craft, and the people who make a living from it train hard and work hard to acquire mastery of their craft. Nonprofessional actors, like child actors, win accolades only in a fairly limited range of roles. For one thing, starring roles for child and nonprofessional actors are almost exclusively restricted to screen acting, where camerawork and editing can cover for some of the limitations in their craft. And accolades for successful performances emphasise the ‘authenticity’ or ‘naturalness’ of actors playing in roles fairly close to the ones they occupy offscreen. You wouldn’t expect an untrained actor to excel in the role of an orc, a Victorian aristocrat, or a morose prince of Denmark.

Consider the different kind of training you might expect from an acting coach and a violin teacher. Your acting lessons will start in medias res, as it were, teaching you to become more attuned to emotional processes you already experience and more precise in the verbal and physical expressiveness that you already possess. That training is sometimes highly technical, but it mostly hones capacities that we all have to some degree. The first thing a violin teacher has to do is get you familiar with holding the violin and bow, and feeling out for the first time what happens when you draw the bow across the strings.

There’s a similar contrast we could draw between a first class in philosophy and a first class in electrical engineering. I lead my students into philosophical questioning by starting with intuitions that they already hold and then applying pressure to those intuitions, asking them to take their reasoning farther than they’d normally take it. We all make claims to know things, for instance, and we all recognise that sometimes these claims are justified and sometimes not. But outside a philosophy class, we rarely press very hard on the question of what constitutes knowledge and how we might distinguish it from, say, a lucky guess. I invite students to press harder on this question by starting with their familiar intuitions about when they are and aren’t licensed to claim to know something. By contrast, although I confess I’ve never taken a class in electrical engineering, I’m pretty sure that the course doesn’t begin by teasing out the students’ intuitions about how electrical circuits work.

The philosopher Ludwig Wittgenstein compared language to an ancient city: a centre packed with a maze of streets and squares, with new buildings squeezed in against old ones, which gradually gives way to newer, planned suburbs with an ordered grid of streets and uniform houses. We could think of the field of human enquiry similarly. The sciences are like these well-regulated suburbs, rigorously ordered according to precise methodologies, and the humanities are like the chaotic centre, as messy as the human lives that buzz about in it. You take a trip out to different suburbs for specific purposes: you want to send a rocket into space, treat an aggressive cancer, or devise a proof for Goldbach’s conjecture. Most of us will never visit these suburbs, and no one will ever get deeply acquainted with all of them. But we all come together in the city centre. All human lives feature some deliberation over what matters to us, what we like and dislike and why, what’s meaningful, admirable or despicable, what’s to be hoped for, what’s to be feared. When we start asking these questions more deliberately and rigorously, we’re intensifying an activity that’s already familiar.

So how is philosophy useful? The response I’ve learned to counter with is that the question being asked is itself a philosophical question. One of the things we do in philosophy is precisely to ask what’s worth doing and why. For the most part, my questioners have already presupposed a fairly limited set of acceptable answers to the question of what’s worth doing – answers that generally bottom out in the material wellbeing of oneself and others. But those answers, innocuous as they might seem to the speaker, are philosophical answers to a philosophical question.

In other words, we’re all doing philosophy all the time. We can’t escape the question of what matters and why: the way we’re living is itself our implicit answer to that question. A large part of a philosophical training is to make those implicit answers explicit, and then to examine them rigorously. Philosophical reflection, once you get started in it, can seem endlessly demanding. But if we can’t avoid living philosophically, it seems sensible to learn to do it well.