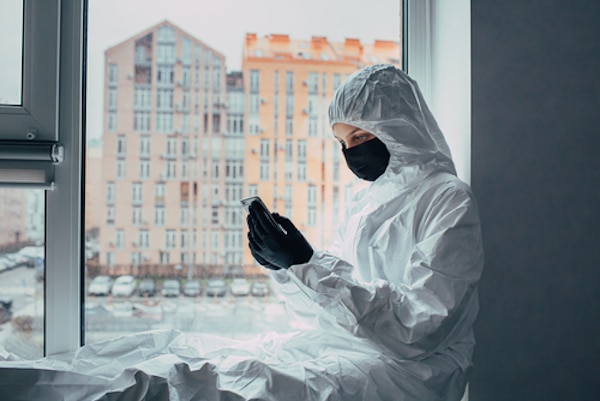 The theory of a “Social Contract” developed as far back as ancient Greece. Though iterated, reiterated, and reformed by numerous philosophers and public figures, the foundations of this social contract stand on the premise that people live together in community with the agreement that establishes moral, ethical, and overarching political rules of behavior between individuals, groups, and their government in the formation of a civil society.

A violation by any of the signatories – individuals, groups, governments – jeopardizes the very stability of that progress toward a fully civil society.

We witness politically conservative figures either refusing to sign this contract, or for those who may have previously etched their names, reneging on the terms and stipulations. For them, they abide by the motto: “That government is best that governs least.”

Many reference this statement to Thomas Jefferson, though there is little indication these were his precise words. But for the sake of argument, let us concede that his desire was to maintain a manageable central governmental system providing services that the states and local municipalities could not or would not deliver.

The states, through their representatives, would advance the needs of their constituents. In all other areas, local governmental and private bodies would function.

Jefferson’s intention was to form and maintain this republican (lower case “r”) system of government.

Many Republicans (upper case “R”) have taken our founders’ notions of republicanism to cynical and profoundly dangerous depths. For example, anti-tax lobbyist Grover Norquist pronounced the view held by many on the political right:

My goal is to cut government in half in twenty-five years, to get it down to the size where we can drown it in the bathtub.

“[T]o cut government in half…where we can drown it in the bathtub…” though extreme measures to excite and guide many ideologically on the not-only-extremes on the political right.

Background of a Movement

We can date the roots of the modern conservative political movement to the 1950s with Arizona political leader Barry Morris Goldwater who sparked a legion of “Goldwater Conservatives” by articulating concepts of small government, a “free” unrestricted market economy, and a strong national defense. Goldwater, a five-term U.S. Senator and Republican nominee for President of the United States in 1964, impacted his party’s philosophical positions, which serve as the basis for the Party’s policy positions to this day.

Overall, this conservative notion of non-governing has serious consequences, but in times of crisis, it has the potential of pushing a society and a nation to the brink of destruction.

The unprepared reckless reaction to the current worldwide novel coronavirus pandemic is a case in point. As reports of the outbreak broke in the press and in national capitals across the planet and as initial cases spread exponentially, the Trump Administration with this feckless president fell into immediate denial.

They downplayed the seriousness of the virus, with testing, and with taking hygienic precautions, with some Republicans and Fox News commentators referring to it as a Democrat hoax. Trump himself understated the number of cases in the U.S., lied about its seriousness, lied about his administrations mobilization to produce and distribute testing kits, and accused other for the virus.

He balked at allowing infected travelers on a cruise ship from docking at the port Oakland, California to be quarantined on land because his primary concern was how it would look if the numbers of cases increased on his reelection chances.

Throughout this crisis, his emphasis was on stabilizing the Stock Markets rather than with the health and safety of the people of the United States. As with his draconian anti-immigration policies, his concern centered on closing our borders (for example, in this instance to air travel from Europe) while blaming the outbreak on a “foreign virus.”

At the current pandemic’s outbreak, the World Health Organized offered to provide the U.S. with testing kits, which the Trump administration turned down. After one year in the Oval Office, Trump closed the White House National Security Council Directorate for Global Health Security and Biodefense, the same office that successfully led the country to prepare for and get through the Ebola epidemic of 2014.

As retroviruses attack and compromise the body’s immune system, Donald John Trump attacks and compromises vital institutions of the body politic. But unfortunately, he has not been alone among the Republicans in times of health crises.

Ronald Reagan is not the model politician and leader that most Republicans worship today. The real Ronald Reagan forwarded policies that enormously increased the wealth gap between the very rich and the remainder of the population. He expanded the rate of people living in poverty with his doublespeak “trickle-down” economics. He illegally and surreptitiously sold arms to Iran and furtively redirected the profits to fascist Central American dictators to fund and equip their death gangs of thugs.

And most of all, the ungodly Ronald Reagan functioned as the Coconspirator-In-Chief in the deaths of people infected with HIV during the early years of what became a pandemic under his so-called “watch.” Ronald Reagan should have been charged and convicted of genocidal murder, rather than seen as the much-venerated pseudo-saint who he has been anointed by the conservative Republican Party.

Whenever I hear tributes of praise to this mythological figure coming from Republican stalwarts, what comes to my mind instead is a stunningly poignant quote from Larry Kramer’s The Normal Heart, his stage play covering the early years of AIDS in the United States:

We’re living through war, but where they’re living it’s peace time, and we’re all in the same country.

As I hear these words reverberating in my mind, images escape from my stored memory into consciousness of the excruciatingly long seven years into his presidency until Ronald Reagan, under whose presidency the AIDS pandemic first came to light, finally and officially publicly acknowledged the existence of the crisis.

The one and only time he publicly spoke of AIDS before 1987, except to address a few reporters’ questions, was in his first year in office when he inferred that “maybe the Lord brought down the plague because illicit sex is against the Ten Commandments.”

Pat Buchanan, Reagan’s Chief of “Communications,” spoke for many by calling AIDS nature’s “awful retribution” that did not deserve a thorough and compassionate response, and later said:

With 80,000 dead of AIDS, our promiscuous homosexuals appear literally hell-bent on Satanism and suicide.

Republican North Carolina Senator Jesse Helms sponsored an amendment to the U.S. fiscal 1988 appropriations bill for the Department of Labor, Health and Human Services, and Education to prohibit the Federal Centers for Disease Control from funding AIDS programs that “promote, encourage or condone homosexual activities.”

The Senate passed the amendment, 96 to 2. Only 47 members of the House of Representatives took the descent stand to resist the bigotry endemic to this amendment by voting against it.

Uninformed and prejudicial statements coming from the White House and the halls of Congress, from the State Houses, and yes, from some houses of worship during those trying times only encouraged the ceaseless bigotry and discriminatory actions against people with HIV, including against Ryan White, a young HIV-positive boy with hemophilia who posed virtually no risk to his classmates, but his middle school administrators expelled him from school nonetheless.

Since in those early years, HIV/AIDS affected most visibly what some called the “4H Club” – Homosexuals, Haitians, Intravenous Heroin Drug Users, and People with Hemophilia – all but the latter considered as “disposables” at that time, governmental and many social institutions refused to take wide-scale action.

One can reasonably argue that if the majority of people with HIV/AIDS initially had been middle-class, white, suburban heterosexual males, rather than gay and bisexual males, trans people, people of color, working-class people, sex workers, and drug users, we would have immediately seen massive mobilizations to defeat the virus.

Recently, the U.S. Congress on a bipartisan basis, led by the courageous, compassionate, and brilliant Speaker of the House, Nancy Pelosi, passed a comprehensive package to finance testing, containment, and treatment of people infected by the coronavirus.

Governmental coverage of the financial costs in this health crisis sounds, even by any other name, as “Medicare for All”. Health coverage of a novel virus must no longer represent a novel idea. It MUST become the norm like our peer countries across the globe.