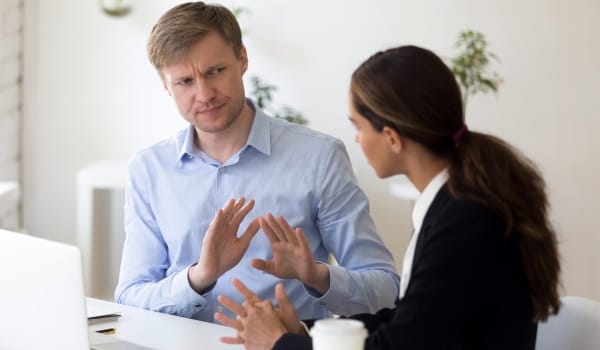 —
Have you ever had the desire to be generous but stopped yourself with the thought, “I cannot afford to”?

We experience the program of control every time we exercise self-discipline or willpower, every time we fight back our selfish impulses, every time we put work before play, every time we wake up to an alarm clock. We impose it on our children to mold their characters into something civilized. Our dominant ideology assumes that like nature itself, human nature is something that must be conquered in order to ascend above an animal state. The assumption operating here is that this state, the state of nature, is inferior to what we have today. Solitary, poor, nasty, brutish, and short.

What would happen if we never taught our children to share? To say “thank you”? To clean up after themselves? To make work a priority over play? Why, they would end up greedy, selfish, ungrateful, indolent and insolent losers. Hmm, that’s not a very positive view of human nature, is it? When we see a rude teenager, that’s what we think—his parents must not have done a very good job teaching him manners. Her parents must not have done a good job teaching her respect. These things have to be learned.

Let me offer a different perspective: that human violence, greed, laziness, and all the other sins are not an ugly human nature breaking through the safeguards of moral training and self-control, but the opposite. They are the result of denying human nature, which is essentially loving, creative, empathetic, caring… in a word, divine.

Consider greed. The conventional view is that we must rein in our natural impulses to take more and more. We naturally seek to maximize self-interest, right? It’s encoded in our genes. Only our higher virtues—restraint, self-denial, willpower and so on—prevent us from acting out our animal instinct to take everything for ourselves.

Get as much as possible for yourself! Why not? Well, there is one circumstance under which this would not be rational at all—the circumstance of abundance. In a world that is fundamentally abundant, greed would have no motivation. It is only in conditions of scarcity that greed makes any sense at all. And of course, the world we know and live in appears to be one of scarcity, which manifests in our experience as an omnipresent anxiety about the future.

Where does the scarcity, anxiety, and competition of modern society come from? After all, we have a surfeit of material goods, luxuries as well as necessities. Granted, most people in the world don’t benefit from this abundance, but this is a problem of inequitable distribution, not overall lack. Even as millions of people go hungry every day, here in America we waste enough food to feed them many times over. Moreover, our affluence does not insulate us from economic insecurity. Life becomes a mad scramble to ensure a secure living not only for today, but for tomorrow too. Sacrifice for the future. In a world of abundance, it doesn’t have to be this way. Something is motivating a greed that is not really necessary in a world of abundance. What is it?

The answer is money. Or to be more precise, money as we know it today—fiat currency bearing interest. I lay out the dynamics of how (interest-bearing) money fuels anxiety, insecurity, and greed in Chapter Four of the Ascent of Humanity. But we can see it in a more intuitive way too. Have you ever had the desire to be generous but stopped yourself with the thought, “I cannot afford to”? The ubiquity of that phrase, even in areas not involving money, is very significant. I cannot afford to take the time to walk in the woods every day. I cannot afford to give out my phone number. I cannot afford to read a novel for pleasure. I cannot afford to chat for an hour with every student who comes in. We apply this monetary metaphor to time, and much more besides, bespeaking the conversion of life into money that Chapter Four describes.

The phrase, “I cannot afford to” reveals greed or selfishness not as human nature, but as human nature denied. The natural impulse is to create, to share, to give, but then a lifetime of threats and insecurity takes over and we hold back. Almost everyone I have ever asked, including hardened criminals in a maximum-security prison, insist that they are “a good person deep down.” I do not think this is a self-deception. It is a divine truth. Maybe that’s why, when we commit a callous or violent act, it often seems we weren’t really ourselves. Maybe we even say that we were beside ourselves.

Conventional morality, and the political philosophies left and right that spring from it, agree that the way toward a better world and the way to be a better person is to Try Harder To Be Good. Well, as any addict can tell you, this is an exercise in futility. Trying harder (stricter regulations, say, or better technology, or more moral legislation) doesn’t work except temporarily. Control breeds the necessity for yet more control, which, like sand, keeps slipping through our fingers the tighter we grasp onto it.

Of course, our money system itself rests on even deeper foundations, which themselves generate no end of anxiety. I speak here of the illusion of the discrete and separate self, which is the defining myth of our civilization. No other money system is possible, except at the margins, until our conception of self changes. In the end, the self that selfishness serves is a mirage. That is why rich people are no happier than the rest of us. Sometimes they even feel defrauded: “Hey, I did it, I achieved the American Dream and more, I am an executive, a success. I’ve got the mansion and the ten-car garage and the indoor swimming pool. I should be happy.” But the secret knowledge grows inexorably, “No, I am not happy.” At first that feeling might be assuaged by a new purchase or by reaching yet a higher pinnacle of success. But eventually it becomes undeniable that we have been defrauded. Our society propels us into a lifelong pursuit of a mirage. Even if we eventually “have it all” we think, “Is that it?” and lament the years of sacrifice for the future.

Despite their superficial differences, liberals and conservatives agree that the winners are the winners and the losers are the losers. The conservatives say, “Too bad, that’s just the way life is,” and the liberals say, “Let’s be nicer to the losers, and someday maybe we can all be winners.” What few realize is that the winners are among the biggest losers of all. Like Dr. Faustus, they have exchanged something of infinite preciousness—their very lives—for something of very finite value: money and the limited form of security that comes with it.

Everyone resents being told to sacrifice their best interests. If people identify becoming rich as their best interest, they will resent anyone who tells them, “Don’t do that, you’ll use more than your share of natural resources. You’ll be happy at the expense of the economically disadvantaged.” I think a lot of environmental and social activists are resented because people perceive them, perhaps rightly, as telling people, “Sorry, you should sacrifice some of your self-interest.”

The message I’m trying to communicate to you today is of a different order entirely. The reason I discourage people from sacrificing present for future in pursuit of wealth is that they have been lied to. They have been deceived into substituting wealth for other, more authentic needs. Sometimes it takes thirty or forty years in order to realize this. That’s called a mid-life crisis: “My God, what have I been living for? My life is half over.” Better to have your midlife crisis now, before time and youth are exhausted.

This post was previously published on charleseisenstein.org and is republished here under a Creative Commons license.