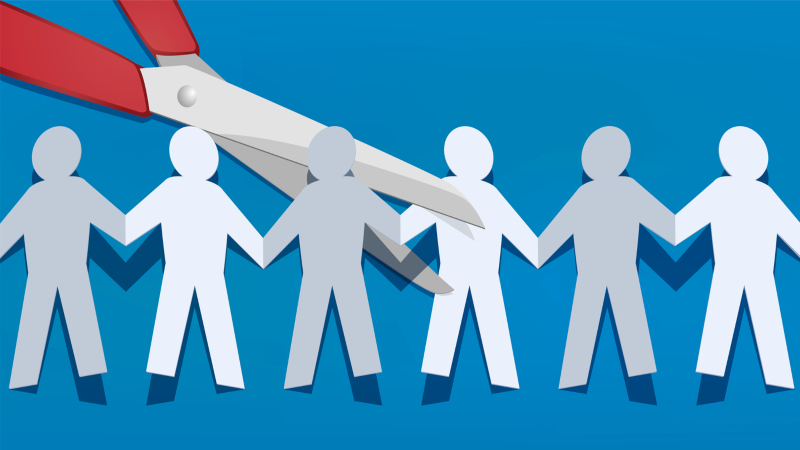 Our culture seems to be missing etiquette for ending a friendship. Ending a romantic relationship invariably requires a face to face “talk”. If your significant other says “we have to talk” you know where the discussion is going. I have never had that discussion with a friend. I have never awkwardly said “it’s not you, it’s me” to another man in an attempt to sever ties. Defriending seems to unfold over time from a lack of responses from one or both parties. This doesn’t mean there is ill will. There’s nothing sinister when we lose touch with our high school chums, our college drinking buddies, and work colleagues as our jobs and careers advance. It transpires naturally. There are times where a fight or disagreement can lead to an abrupt end, but I haven’t experienced that very often. This lack of social protocol for a defriending does not lessen the pain at the loss of a relationship, however. Losing friends suck. Even when it’s best for both of you.

Years ago I was on a conference call with a client, a very large telecom company. There was a problem with a project and a senior executive was brought in to investigate. The call began with all the usual players on my client’s team and mine and as soon as the executive, let’s call him Joel, joined the call there was a palpable shift. Everyone on the call could hear that he was on his mobile phone while he was driving which subtly let everyone on the call know we were his secondary focus. I did find out later that this was his intention. Joel wasn’t on the call to make friends. He was there to investigate, identify the root cause, and come up with corrective actions. It took him about five minutes to figure it out and issue a plan. I remember being impressed at his no-bullshit confidence and unwillingness to hear out complaints. A few weeks later I was hosting a group of clients at a charity event and I extended an invitation specifically to Joel. He lived in another city, but he accepted and made his way over. We hit it off instantly and coupled with the good fortune of working together on more projects became friends.

I remember one night chatting with him talking about a bucket list I had just assembled and he asked about the ideas. When I told him he asked me why I hadn’t started it. I had no answer to which he suggested that that moment would be a good time. Not to be outdone I accepted the dare and landed on the idea of swimming with Great White sharks as my first bucket list item. Joel was also interested in the idea and we planned to go together. “Fuck it. Why not!?” And a few weeks later we went.

It was a cold, unforgiving day and everyone on that enormous catamaran was vomiting from the ten-foot swells as we approached the Faralon islands off the coast of San Francisco. Simply squirming my way into my supposedly insulated wet suit was a ridiculous, slippery challenge. I know I must have looked like a fish out of water flopping around that deck. We were to be lowered into the water in a barred cage. Luckily, we didn’t need to have a SCUBA certification as the air was delivered via tethered tubing which we plugged into our mouth hole. The water was freezing and we couldn’t see a thing. Luckily we did witness some Great Whites breaching not too far from us so the trip wasn’t a complete bust. We got to know each other through the challenges of the day and even more while we drank wine and had dinner with the wives back at the cushy hotel who, by the way, were warm, dry and comfortably being pampered while we braved the freezing water.

One of the many reasons we became friends was our ability to both make fun of ourselves and each other. We debated business, philosophy, religion, and which one of us was the biggest douche. Joel was a committed prankster. Something I would become all too familiar with during our road trip across Canada in a mechanically sketchy U-Haul van. I still remember waving at the passers-by on the highway as I urinated at the side of the road no longer privately covered by the truck as Joel pulled away while I was mid-stream. When Joel called while in the depths of his divorce and said he needed to go for a drive I answered. We drove for nine days across mid-east America with no plans. We managed to take in a tour at the Jack Daniels distillery in Lynchburg, Tennessee, enjoyed the Corvette museum, got drunk in the oldest blues bar in Memphis, talked and became friends with a Special Forces sniper outside the Civil Rights Museum which is located inside the Loraine hotel (where Martin Luther King Jr. was assassinated) and stumbled on the final stop of the Underground Railroad in Southern Ontario to name only a few highlights. It was an epic trip and a welcome distraction for Joel.

Not too long after, a mutual friend invited us to a bachelor party in Vegas. This is where he was dubbed Sleepy Joel as he elected to turn in early each night as the rest of us continued to party into the mornings. The Vegas outing parlayed into another adventure. Joel had won a President’s Club award at his work which was an all-expense-paid trip to Sicily and since he had just broken up with his wife he brought me. Understandably, this raised a few eyebrows, but Joel quelled any curiosities that first night in Taormina when he picked up a couple of beautiful women on his own. And certainly gave reason to dissolve the Sleepy Joel moniker. The week was filled with food, booze, and great conversation with the company’s top brass. We decided to extend the trip and hopped over to explore Rome for a few days. Getting an extensive private tour of the city seeing things we had no idea were there was an incredible experience, but paled in comparison to watching Joel walking down random Roman streets, map in hand, approaching beautiful women to ask for directions and to strike up conversations. He even got us a few invites to clubs while we were there.

Joel and I lived in different cities so we didn’t see each other in person all that much. Fortunately, in a world of unlimited texting, it’s easy to stay in touch. Moreover, with our work travel, we often would just stay at each others’ place when in town. It’d be disingenuous to say that our friendship faded as a result of separate interests or that we just didn’t keep in touch. Actually, it would be an outright lie. Joel stopped returning my texts and emails because I was no longer a good friend. When my marriage was heading to divorce and I sunk into the rungs of depression Joel was quick to try to cheer me up and even reached out to friends I had in town to make sure I was OK in his concern for me. I didn’t handle my divorce and myself quite as maturely as he handled his. As my life deteriorated into self-indulgent, self-destruction he continued to repair his.

There were two events that sealed the deal. The first was the time he came into town with his new girlfriend and he was going to hang out with me while she would spend time with her friends. I proceeded to bring him along to a club with an unlimited supply of booze, girls, and loud music followed by an overnight after party. The very thing we used to make fun of years earlier. The thing with Joel is that although he was vastly intelligent, hilariously witty, and very successful, he was humble. He had no need for the after-work bottle service at a club on Thursdays where his executive colleagues brandishing overpriced suits would peacock themselves to impress each other and the waitresses who delivered the bottles. He was happy with his beautiful, but small condo and he would bring me one of his favourite places which were a dilapidated farmhouse up north which was so creepy it would make a perfect set for a horror film. To be perfectly honest the first time he brought me up there he suggested going for a walk and grabbed a shotgun. I became instantly quiet believing he was going to kill me, but he assured me that he was bringing the gun only because there might be bears around the gunfire would scare them away. Wait, what? This was Joel.

The second was his birthday. Joel had given plenty of notice and invited a bunch of us to camp at his new place which had a lot of land. As it approached I knew I wasn’t going to go and he even called me out on it. “Don’t you back out on me!” And I would assure him I wouldn’t. I did. I don’t even remember why. I felt awful and when I sent an apology I got nothing. I was defriended and with good reason. I didn’t pursue it. I was still deep in self-destruction mode and had nothing to offer. Of course, that is no excuse for simply talking. I could have reached out as he did with me. I could have done a lot of things better. I don’t have a lot of regrets, but I regret letting that friendship go even if we didn’t have that “talk”.

I once created a piece of art dedicated to lost friendships. It read “Even though we’re not friends anymore some memories still make me laugh out loud.” This still rings true, especially with Joel.