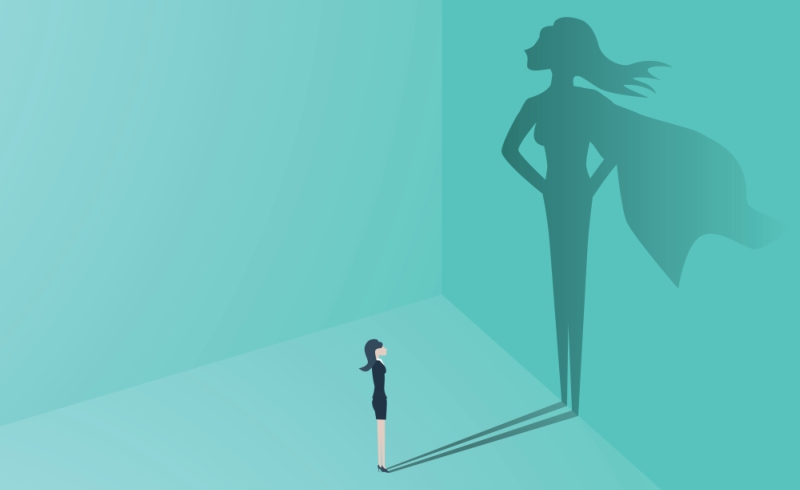 When I was six, I used to rescue frozen butterflies from our summerhouse basement. In middle school, I was friends with the nerdy kids who had outposts in trees, patrolled ‘the hood’ on our bikes after classes and didn’t smoke cigarettes. Nowadays, I try to call my mom at least once a month.

And yet, a friend of mine recently called me a pathological liar. I knew that he knows me well, so I went to investigate.

At the center of these personal disasters was one commonality: lies. I was never the one to outright lie — too risky — but selective truths… Yeah, that was my thing.

My sudden awakening to my own faults made me search for answers, and I didn’t have to look far. In Aion, Carl Jung examines something called The Shadow.

The Shadow is the first level of the unconscious. “To become conscious of it involves recognizing the dark aspects of the personality as present and real,” Jung writes. In short, The Shadow represents the bad things we’re capable of doing. The vile thoughts, and the dishonest deeds.

In Jung’s world, every human being is bound to strive for perfection, but never be able to achieve it. Instead, we’re offered completion — a state of strength, peace and control.

To achieve completion, the human must go through a process of individuation. In Jung’s words, it means expanding your consciousness to territories previously controlled by the unconscious. In plain English, it means confronting our darkest, ugliest, delete-browser-history-worthy thoughts and actions.

I was curious about this, so I started both reflecting on my past and monitoring my present. I was particularly interested in my Shadow, which indeed looked very much like Lying.

At first, I started noticing the little lies I tell people on a daily basis. The innocent ones — your hair looks nice; no, I didn’t eat that last cookie. But then, I slowly started grasping the mega-narratives I built for years that weren’t true. The lies that were so ingrained into my psyche — and that of my friends — that I had long forgotten they were indeed lies. Remind you of a quote?

Having finally seen these lies in all their beauty, I suffered a mini-PTSD attack. I heard that many people get PTSD not because they were shocked by something that was done to them, but something that they did to others. Indeed, it is shocking that the perfectly decent face in the mirror turned out to be a manipulative maniac.

I won’t lie, that face got a whole lot scarier. What else are you capable of, demon?

After a lot of thinking and re-thinking, I came to a conclusion that the only way I could live with myself is if I fix this. So I started taking baby steps. Small daily acts of what Ray Dalio calls Radical Transparency, and what Eminem calls Cleaning Out My Closet.

Yeah, it was scary. But now that I knew I was a liar, I knew I wouldn’t sleep at night if I didn’t tell the truth. And I did.

There were no broken dishes. Nobody hung up on me. In fact, the laughter that usually came from the other side of the line was mending at least, and purifying at most. The face staring from the mirror started seeming stronger, and I got some of the best sleep in my life.

But the real breakthrough was yet to come. Having dealt with the external situation, I started seeing the lies I was telling myself. I became aware of the elaborate structures I constructed over a lifetime — structures so rigid in rationale you would never even suspect they were built on a swamp of lies.

It’s true, some Saturdays were spent sitting on the stairs, pondering, and some nights were spent staring through the window. But no matter how severe the lie I discovered, by morning it would be gone. Again, the feeling of righteousness and strength would return.

Some time passed, and a clear pattern emerged: everything touched by the Truth turned into gold. My writing is in demand now, and my relationships are flourishing. I am a happy person, and I plan to keep cooperating with my demons to make the world a better place.

It’s easy to judge Tiger Woods’s indecencies from your couch. But being massively attractive to ridiculously attractive women is ‘not nothing,’ as Peterson put it. If a bus load of Swedish bikini models offered you a jet ski ride, how many seconds would it take for you to forget your wife’s headache?

I’m still continents away from being a success, but some people find my writing a good morning read, and that’s probably my biggest achievement to date. Thank you, Truth. Thank you, Shadow, for introducing us.