American singer and songwriter Lady Gaga is currently touring Asia with her ‘Born this Way Ball’. 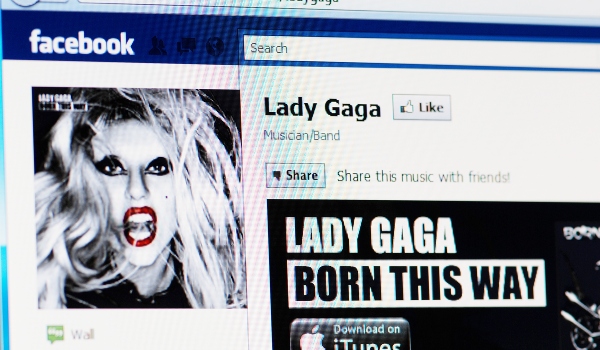 American singer and songwriter Lady Gaga is currently touring Asia with her ‘Born this Way Ball’. Hong Kong shows are scheduled to take place between May 2 and May 7, 2012. On the eve of her first concert there, an evangelist group’s campaign against her presence in Hong Kong has ignited debate within the local community.

A right wing evangelist group, Media Evangelism Limited, has launched an online campaign against Lady Gaga’s tour, inviting Christians to sign in and “pray for youth in Hong Kong against the temptation of Lady Gaga”. The online poster [zh] states:

Translation Original Quote
Lady Gaga’s concerts will be held between May 2 and May 7 in Hong Kong. The concert has pornographic, homosexual and satanic elements and it allows children over three-year-old to enter. Here we plead Christians to sign up and pray for the youth’s mind and spirit.

Translation Original Quote
Her new song, Born This Way, said that God created homosexuals and it is not a sin. She advocates for the legalization of same sex marriage and has influenced several countries’ legislation. Her performance will open the door for evil to come in. Her objective is to influence the youth and bring moral decadence.

Less than 100 people have signed in to the page with the majority being against the evangelist group’s propaganda. Below is a selection of some of the prayers in the sign-up page [zh].

Translation Original Quote
Pray for god to clear our youth’s brain. Let them know how to distinguish bad thought and behavior. Let them know the fake business of the Noah’s Ark theme park. Isn’t that more of a problem than Lady Gaga in terms of corrupting people’s minds? I pray all those who have been brainwashed by the evangelist media to regain their senses and come back to God’s side.

Translation Original Quote
Our Father, Please let those who have been blinded by the evangelist media to regain their sight!
Lady Gaga is a singer. She guides the youth to choose a righteous path. She promotes love, freedom and equality among those of different race, gender and sexual orientation. She is not a Satan worshipper, she was joking with the program host. Her heart follows our Heavenly Father. God, please forgive those who misjudge Lady Gaga because of the evangelist media’s propaganda. Please guide the believers who have been led by the evangelist group to the righteous path. Amen.

Translation Original Quote
Divide society, oppress those who do not share their own value, brainwash the youth with the message of Gay Sin, uphold one’s belief as the only truth in this world, refuse to reflect upon God’s message, impose upon God’s will by one’s limited intelligence, these are acts of the ‘church’.
I believe in God and Jesus Christ. I read the Bible. That’s why I oppose the Church.
I don’t care if you call me a devil or anything else….

Siu Heng pointed out that young people know how to make their own choices [zh]:

Translation Original Quote
I am not a fan of Lady Gaga and do not plan to see her show. I respect the beliefs of others. But I can’t stand people treating the youth as idiots who would become bad because of a show. You are just a bunch of moral Talibans who accuse each other of being morally wrong because they are different.

Translation Original Quote
Is it fair for the Christian to impose discrimination against the social minority when expressing their belief?
If all other people are attacking Christian beliefs, how would you react?
God loves everyone in this world, but in reality, it is more accurate to say that religion has instigated hatred.

This post was previously published on globalvoices.org and is republished here under a Creative Commons license.