Can Silver-Age Heroes succeed where Mueller, Hillary Clinton and the U.S. Congress failed?! 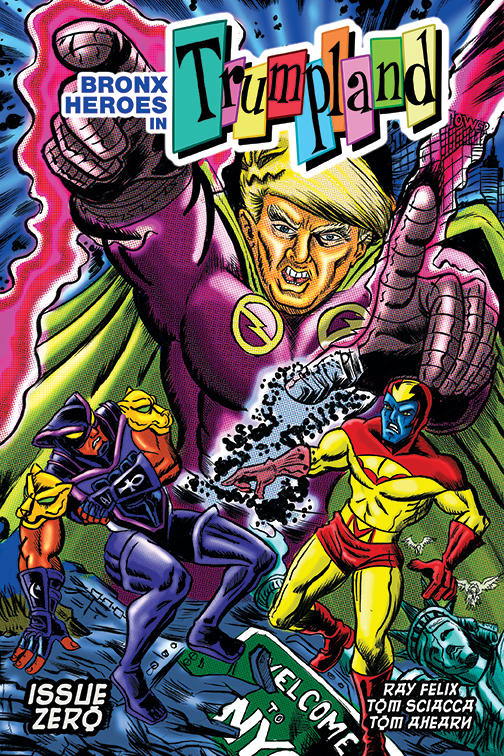 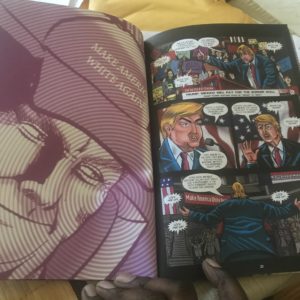 “At it’s core, inequality is the source of the problems in America”-Ray Felix 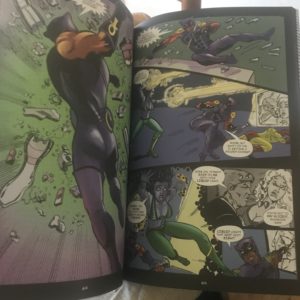 “As I write this, the spectacle of Trump’s presidency is still playing out. How will it end? Will hope triumph over evil? In the end, what do we have left but parody?” – Tom Sciacca

Bronx born Ray Felix, who created both the original Bronx Heroes comics, and the civil-rights era superhero Black Power, talked about how Bronx Heroes in Trumpland came to be –

When Tom Sciacca approached me with his character Astron Star Solider, I thought: Of course!Trump is the new Richard Nixon. The title Bronx Heroes in Trumpland was conceived as a play on Alice in Wonderland-Trump took the American people down the rabbit hole when he ran for president and then shocked everyone by winning the election. It was a sad day in the United States that many people compared to the 9/11 attacks. That’s pretty fucking horrible. – Ray Felix-Black Power:The People’s Hero

In the book, Trump is a toupee-wearing scoundrel plotting to use mind control to vanquish America after first conquering the five Burroughs of New York.

With the help of evil prince Putin and his MAGA hat-wearing goon named Gorka, Trump is determined to build walls, create divisiveness, and destroy the media.

In the hilarious Bronx Heroes in Trumpland, even his toupee is a henchman!

Astron Star Soldier and “The People’s Hero” Black Power resolve to defeat Trump and restore order but are hypnotized into helplessness by Trump’s scheming FLOTUS.

Tom Sciacca, another Bronx born artist who worked at both Marvel and DC Comics, and worked on the 1978 film Superman and the comic Superman vs. Muhammad Ali, reflected on his first reaction to Trump’s 2015 candidacy –

“As I gazed at a blank sheet of paper, I wondered: What would happen if Trump actually won? Would he become a ruthless and power-hungry dictator of the world?

Would he make Gotham City (aka New York) safe for billionaires by turning its inhabitants into robotic slaves? And what if the freedom fighters of the Bronx were the only ones left to stop him?

I started to sketch out a few pages and showed it to my partner, Ray Felix. We had a good laugh, and then promptly forgot about it, knowing that Trump’s day in the sun would never come.

Within the first few pages of Bronx Heroes in Trumpland, both creators do a fantastic job to ground the reader in the history of the decades of protest and political change in America, the turbulent 60’s 70’s protests for equal rights, and share their astute perspectives on the long tradition of political satire and parody in American comic books. Like late, lamented magazines Mad, National Lampoon and Spy.

“There was a time in the U.S. when parody was understood and appreciated. But now, we are living in a world where the political reality appears to be a parody of itself” – Tom Sciacca – “When Parody Is All We Have”

This is a magnificent volume that is in the best tradition of political satire and signals the triumphant return of the genius behind the ’70s and early 80’s Indie comics label Astral Comics!

With rich Golden and Sliver Age style Art by Tom Ahern who worked with inker Sal Trapani on classics at Marvel-The Defenders, Master of Kung Fu, The Incredible Hulk, and Howard the Duck and with DC where he worked on Green Lantern.

Outlandish and recklessly funny, Bronx Heroes in Trumpland has the soul of a Silver Age superhero comic story with and underground comics sensibility.

I encourage anyone who is a silver age fan of the genre, comic book geek or into clever parody to join forces with the Bronx Heroes and comic book veterans Ray Felix and Tom Sciacca this April to fight evil in this merciless, subversive political satire!

You can pre-order your copy at your local comic book store or directly from
arsenalpulp.com 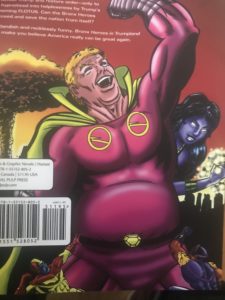