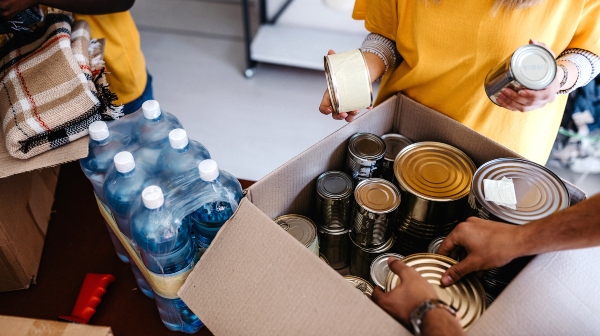 James Haught is editor of West Virginia’s largest newspaper, The Charleston Gazette, and a senior editor of Free Inquiry. He is 87-years-old and would like to help secular causes more. This series is a way of giving back, as he opens in No Qualms (Ed., published on 2018, July 18, i.e., when he was 86), “I’m quite aware that my turn is approaching. The realization hovers in my mind like a frequent companion. My first wife died ten years ago. Dozens, hundreds, of my longtime friends and colleagues likewise came to the end of their journeys. They number so many that I keep a “Gone” list in my computer to help me remember them all. Before long, it will be my turn to join the list.”

When I was born in 1932, the world had 2 billion people. Today, the global population has swelled to 7.7 billion – soon to quadruple in a single lifetime.

How can the planet feed the mushrooming swarm? Here are some thoughts:

I grew up in a meager farming region of West Virginia. We had no electricity. Small-town families had gaslights, and everyone else used kerosene lamps.

Our valley was mostly a string of dirt farms, horse-operated as in medieval times. My boyhood was during World War II, when most men had gone to combat. My aging uncle ran his farm with two mismatched horses and a crew of granddaughters, plus a scrawny pubescent nephew, me.

We milked cows by hand, plowed and mowed by team, found Indian arrowheads in corn rows, cut creekbank weeds to feed pigs, killed copperhead snakes, straightened bent nails to save money – long days of manual work. It seemed like slavery. Other family farms along the valley were little different.

As soon as I graduated from a little country high school (13 in my senior class), I fled to urban life and a newspaper job. In decades after the war, when I returned home, I found most of those old farms abandoned, overgrown in thickets. I guess parents died and children went to city jobs, as I did.

(When back-to-the-land urbanites came to rural West Virginia farms in the 1960s, I told them they were rushing toward the life I had spurned. Many of them didn’t last long at hoeing and shoveling.)

Most food production shifted away from skimpy family farms to big commercial plantations capable of much greater output. But even those huge farms couldn’t keep pace with the soaring human population.

In the 1960s, alarm spread that the human population was exceeding the food supply, and famines were likely. Stanford professor Paul Erlich wrote a 1968 book, The Population Bomb, warning that mass starvation seemed certain in the 1970s. Civic groups held public discussions of the impending crisis. Erlich wrote:

“The battle to feed all of humanity is over… In the 1970s and 1980s, hundreds of millions of people will starve to death in spite of any crash programs embarked upon now.”

However, out of the spotlight, Norman Borlaug had unleashed the Green Revolution in Mexico, Pakistan and India, using high-yield crops and heavy fertilization. Massive food increases resulted. His technique spread around the world. Borlaug got the 1970 Nobel Peace Prize. He was credited with saving a billion lives.

Yet the population upsurge didn’t stop. Before he died in 2009, Borlaug said his Green Revolution had peaked and couldn’t keep up with the worsening need.

So, what’s the future regarding hunger? I’m an ardent believer in science. I hope that genetic engineering will make breakthrough after breakthrough, producing ever-better plants and animals to feed humans.

A technique called CRISPR (clustered regularly interspaced short palindromic repeats) snips a plant’s own DNA as needed – rather than inserting bits of foreign DNA as in past gene-splicing. The revised genome duplicates itself endlessly as new generations of improved crops ensue. National Geographic says it has potential to “help feed the world.”