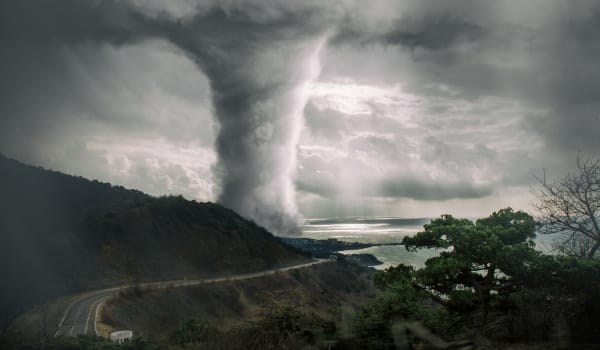 LONDON, 1 February – With the European land surface warming rapidly, rainfall patterns changing and sea levels rising ever faster, southern Europe will suffer most from climate change. But there is an urgent need for countries across the continent to adapt to change, according to the European Environment Agency (EEA).

Temperatures are already 1.3C above the pre-industrial average and are expected to go on rising. This brings gains to some countries in northern Europe, with higher crop yields and lower heating costs, while the south loses.

It is the countries currently struggling most at the moment economically, Greece, Spain and Portugal, that will fare worst under climate change. The EEA says all three countries will lose both harvests and tourists, two of their main economic props, as a result of rising heat and low summer rainfall.

Northern Europe does not escape unscathed. River flooding is already a problem and annual sea level rise, which has already doubled in the last 20 years, and is currently at 3 mm a year, is expected to rise further. All the countries around the North Sea are now vulnerable to storm surges.

The latest assessment of how climate change is affecting Europe, published every four years by the Agency and due out in March, is the main evidence being used by the European Union to underpin its policy of adapting to a warming world.

Billions of euros will be spent trying to stave off the worst effects of climate change, which the Agency says are already going to happen whatever we do now to mitigate carbon emissions. Temperatures in Europe are expected to rise as much as 4C this century.

Professor Jacqueline McGlade, EEA Executive Director, has said: ”Climate change is a reality. The extent and speed of it is becoming ever more evident. This means every part of the economy, including households, has to adapt.”

While in some places changes are beneficial, for example an earlier spring and longer growing season, the overall effects are negative. The further south in Europe climatologists investigate, the more they see climate change affecting both human and natural populations.

Changes ahead for tourism

Health effects, tick-borne diseases, mosquitoes and heat waves are serious threats. There is evidence that butterflies and other species adapted to living in cooler climes cannot move north fast enough to survive.

Among the predictions is a change in where Europeans will take their holidays, and when. As temperatures increase, more people will take their summer breaks in northern and central Europe, leaving it till the winter to travel south. This, along with loss of snow cover in the lower skiing resorts, is likely to have severe economic impacts in some regions.

The increased electricity demand in the summer is likely to cause a power crisis in southern Europe. Low river flows will probably face nuclear and thermal power plants with difficulties because both need large quantities of cooling water to operate efficiently.

The lack of summer hydropower, already a problem in some countries, will become far more noticeable because of the demand for electricity for cooling in the heat.

Crop yields will increase dramatically in some northern and eastern European countries and decrease in the south. The countries worst affected will be Spain, Portugal and Greece, which stand to lose between 15% and 25% of all crops because of a lack of summer rainfall. France, Italy, Albania, Macedonia, Serbia, Bosnia and Bulgaria will also suffer losses of between 5% and 15%.

The gains are mostly in the north, with the Scandinavian countries and Russia increasing yields – more than 5% and perhaps as much as 35% in parts of Norway and Sweden. The Ukraine, already one of the largest grain producers in Europe, is also going to have improved yields.

Along with the effect on agriculture, less rainfall will cause species loss in the Mediterranean, partly due to more forest fires and heat waves. The health of rivers will be affected by low summer rainfall. – Climate News Network