Europe’s attempt to tackle climate change by giving carbon a value which would encourage industry to cut greenhouse emissions is struggling for survival. 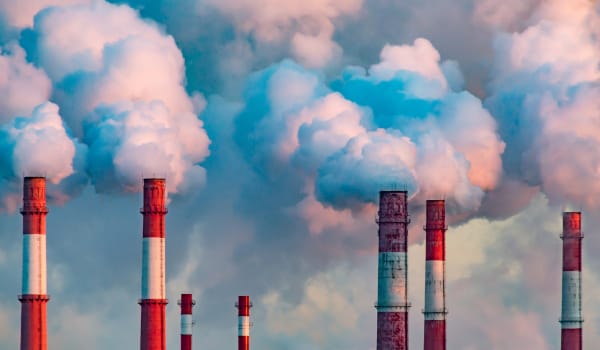 LONDON, 27 January – Carbon trading, one of the major European Union policies designed to combat climate change, is failing. A combination of successful lobbying by industry bodies, political interference and lack of economic growth has wrecked the scheme. It is now cheaper to pollute the atmosphere than to invest in becoming energy-efficient. Another blow came on Thursday (25 January) when a committee of European MPs voted down a scheme to rescue the carbon trading scheme. But there may still be a slim chance to save it. The Environment Committee of the European Parliament is likely to be more sympathetic to a rescue package when it votes on 19 February, and with so much depending on the outcome there is potential for the whole Parliament to discuss support for the scheme in March. The original idea of the EU emissions trading system (or scheme), the ETS, was to set a maximum cap on carbon emissions from each factory or power station. This would force industry to become more efficient or to pay a high price for every extra tonne of carbon over the limit. Industries would gain credits for reducing their emissions below the set limit and then sell them on the open market to polluters who had failed to act. The plan was to reward those who spent the money they earned on new technology or other efficiency measures.

The whole system depended on the price of the units of carbon being high enough to give polluters an incentive to reduce their emissions – but the price has now collapsed to an all-time low. The scheme was launched on 1 January 2005 with caps on 11,500 plants across the 25 EU countries, amid high hopes that the market for carbon would help the European Union towards a 20% reduction in greenhouse gas emissions by 2020. Carbon markets were set up to trade these notional units of tonnes of carbon saved. Analysts believed that the price needed to be between 20 and 50 euros a tonne to provide sufficient incentive for industry to become more efficient. Despite early signs of success – when the price peaked at 30 euros a tonne in the summer of 2008 – the price of carbon never held up to the required level. In April 2010 the price had dropped to 15.30 euros a tonne when Germany sold 300,000 carbon permits. From there it continued to drift down and earlier this month dropped below five euros for the first time. It had become decidedly cheaper to pollute than to become efficient. On Thursday the price briefly plunged further, to 2.81 euros, after a vote by the European Parliament Energy and Industry committee to support prices by withdrawing permits from the market and reintroducing them later. Members of the committee had been intensively lobbied by the European Steel Association (Eurofer).

“Profit-making and not fighting climate change has become the overriding objective of the players involved in carbon trading.”

This combination of successful lobbying by industry bodies and subsequent political interference has undermined the scheme. Special pleading that EU companies would be made uncompetitive if they had to pay too much for carbon credits, or spend too much on efficiency, meant that many industries were set emission caps that were too lenient. In fact some were set so high that the industries stayed well below them without taking any efficiency measures at all. They therefore gained carbon credits simply by lobbying governments and were able to profit by selling them. While the carbon trading scheme was not a disaster in all sectors and all countries, it has failed to achieve its objectives. This has been worsened because, built into the scheme, were forecasts for economic growth which were not fulfilled. The European Commission failed to adjust the trading scheme to fit these new circumstances, and as a result there are now so many unsold carbon credits on the market that it is hard to see how the price could recover. The EU began looking at ways to rescue its flagship policy by withholding unused credits and releasing them onto the market later, or simply cancelling millions of them. Germany is lukewarm on these rescue plans and some governments are outright opposed, for example Poland, which has a large coal industry and would lose sales if polluting factories were penalised.

However, the European Commission has warned that the scheme could become irrelevant unless parties agree a rescue plan. “This should be the final wake-up call both to governments and the European Parliament,” EU Climate Commissioner Connie Hedegaard said. Not all of industry is opposed to the system. Royal Dutch Shell’s environment advisor David Hone said what was needed was a clear price on carbon rather than a volatile and unpredictable market. Some non-government organisations are scathing about the chances of EU efforts pushing the price of carbon back up and believe the whole system is so discredited it should be abolished. Joanna Cabello from Carbon Trade Watch said: “The ETS is not fit for purpose. It has generated windfall profits for polluting corporations, postponed the needed transition away from fossil fuels, and its unintended consequences are locking the EU into another generation of energy production based on fossil fuels. These structural flaws remain unaddressed by the Commission. “Instead of taking their responsibility, politicians have voluntarily put their main instrument to fight climate change in the hands of the financial markets. As we know, market mechanisms have their own dynamic. Profit-making and not fighting climate change has become the overriding objective of the players involved in carbon trading.” She said it was an illusion to believe that proposals by the Commission would be able to improve the scheme substantially. – Climate News Network