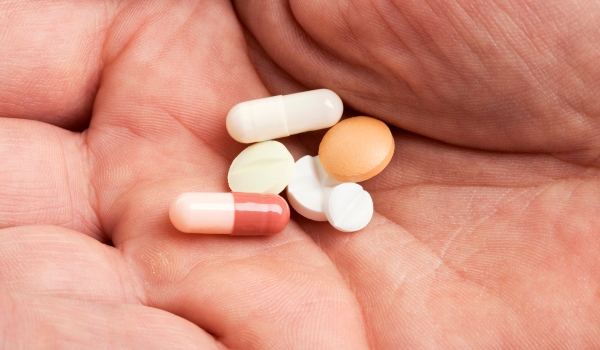 How high have these prices gone? The average price of new cancer drugs is now running over $120,000 per year. And these sky-high prices, warns Dr. Kantarjian, are “harming our patients.” More and more people battling cancer simply can’t afford treatment. Even patients with insurance can face out-of-pocket expenses that can mount up to a quarter of a cancer drug’s price.

That should alarm every American, notes Dr. Kantarjian, since one of every three of us have a statistical shot at contracting cancer sometime during our lifetime.

Why do cancer drugs cost so much? We have a rigged drug patent system — a “long runway for key patents,” as pharmaceutical industry insiders like to say — that essentially gives drug companies monopoly pricing power.

The CEOs of those companies have taken full personal advantage of that power, none more so than John Martin, the chief executive at drug giant Gilead Sciences.

In the five years after 2008, a new Reuters analysis shows, Martin realized $400.6 million in total compensation, a windfall that has made the Gilead chief the nation’s best-paid corporate CEO since the Great Recession.

“We don’t begrudge the executives getting their money,” Cuggino happily pronounces.

Average families may feel differently. Gilead made its first mega jackpots charging huge prices for AIDS drugs. Martin has moved the company beyond the AIDS market, all the while outraging the widely respected global nonprofit Doctors Without Borders and other patient advocates.

The ranks of Gilead’s critics also include the government of India. Angry officials there have chosen to deny Gilead patent protection on one of its biggest-selling — and highest-priced — drugs. Gilead charges $84,000 for this drug’s treatment course. Producing the drug for that course, one university study notes, can cost as little as $101.

Dr. Kantarjian first jumped into the pharmaceutical price wars three years ago when he realized that cancer drug prices had jumped between five- and ten-fold over the previous dozen years. He started writing op-eds on this over-the-top price gouging and began attending meetings with various industry and government players.

But nothing has come from any of these efforts, the doctor notes, because lawmakers haven’t yet felt enough public pressure. Enter Kantarjian’s newly launched petition campaign. The petition asks Americans to “protest high cancer drug prices so all patients with cancer have access to affordable drugs to save their lives.”

To move toward that affordability, the petition calls on lawmakers to take a variety of steps that range from giving Medicare the power to negotiate drug prices to allowing the importation of lower-priced cancer drugs from Canada and other nations.

“At some point, somebody has to be ashamed if American lives are being taken away for profits,” the doctor noted in one recent interview. “If 1 million don’t make a difference, maybe we’re not in a democratic system. Maybe we’re in a plutocratic system. But I think 1 million signatures will matter.”

Previously published on inequality.org and is republished here under a Creative Commons 3.0 License.
—