Researchers say they have found a clear link between climate change and the spread of diarrhoea and similar diseases in one african country. But the nature of the link may be unexpected. 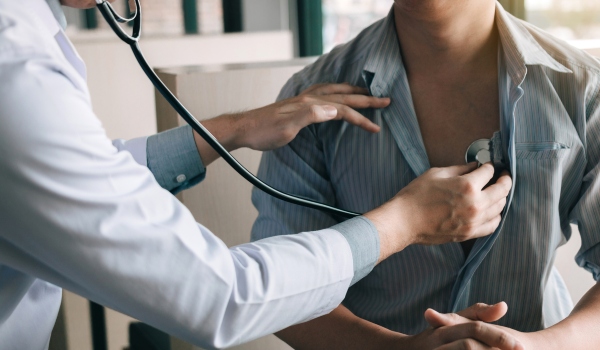 LONDON– Diarrhoea, which kills 1.5 million children annually, is likely to become more prevalent in many developing countries as the climate changes, a report says. But the authors found an unexpected twist in the way the climate is likely to affect the disease. Kathleen Alexander, an associate professor of wildlife at Virginia Tech’s College of Natural Resources and Environment, says climate drives a large part of diarrhoea and related disease, increasing the threat which a changing climate poses to vulnerable communities. The analysis of 30 years of data by her team found an unexpected peak of diarrhea during the hottest and driest part of the year, when there were most flies. Her study, “Climate change Is likely to worsen the public health threat of diarrheal disease in Botswana”, is published in the International Journal of Environmental Research and Public Health. It is based on three decades of historical data and has implications for arid countries worldwide. Alexander, a veterinary specialist, conducts much of her research at the Center for African Resource: Animals, Communities, and Land Use (CARACAL), in Chobe, Botswana. She and her colleagues analysed data on diarrhoeal disease from 1974, eight years after Botswana gained independence from British rule, to 2003. Finding accurate and comprehensive health data in Africa is difficult, she said, and this explained why long-term studies of the links between climate and health were rare. The World Health Organisation says diarrhoeal disease, the second most common cause of death in children under five years old, is both preventable and treatable. It mainly affects children under two years old, and is a leading cause of malnutrition in under-fives. Botswana, arid and landlocked, has a subtropical climate of distinct wet and dry seasons. Professor Alexander and her team looked at monthly reports of diarrhoeal disease among patients treated since 1974 and compared the data with climatic variables over the same period.

They found the two were linked – but they also found something they hadn’t expected. Many experts say contaminated water is a principal cause of the spread of diarrhoeal disease. The WHO says it “mostly results from contaminated food and water sources. Worldwide, around one billion people lack access to improved water and 2.5 billion have no access to basic sanitation.” Yet the researchers’ findings indicated that water was only one of several factors to consider. “Our analysis suggests that forecast climate change increases in temperature and decreases in precipitation for the region are likely to increase dry season diarrheal disease incidence, while incidence in the wet season is likely to decline,” Alexander said. Diarrhoeal case incidence peaks in both seasons in Botswana, with cases 20% more frequent on average in the dry than the wet season. “We were not expecting diarrheal disease to be worse in the dry season,” Alexander said. But she thinks there is an explanation: “These dry season peaks occur during the hottest and driest times of the year, conditions that can increase fly activity and density.” “This is significant, as flies can be important in the transmission of diarrheal disease-causing micro-organisms.” She believes what the flies may be doing is providing a significant boost during the dry season to other factors which are already contributing to diarrhoeal disease. “Our findings suggest that climate change will increase the occurrence of diarrhea and the burden of disease among vulnerable populations in Botswana and similarly affected regions”, Professor Alexander said. But the impact of her team’s findings was likely to be significantly reduced if shortcomings in public health were identified and remedied. – Climate News Network