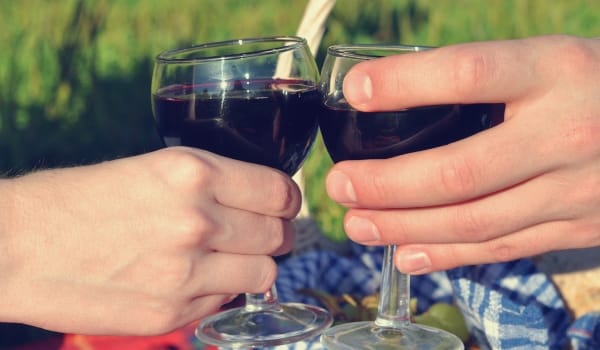 West Australian winemaker Vanya Cullen gently pushes her fingers into the soft earth and pulls out a small handful of chocolatey red earth. It has an unusually pleasant aroma of iron stone and dark chocolate. “You find those same aromas in the cabernet sauvignon,” says Cullen. “Which makes it such a desired wine to match with food.” Cullen Wines is one of the best-known wines to come from Western Australia’s Margaret River wine region, some 270km south of Perth.

“The role of the winemaker is to act as caretaker to the fruit,” says Cullen. She maintains it is the soil that is the key to making the great wines that have won her and her family accolades, awards, reviews and a global following of wine lovers who appreciate their intensely flavoured but balanced estate wines.

The quality of Vanya Cullen’s soil is no accident. It’s the result of her family’s hard work and determination. The first vines were planted by Vanya’s parents Kevin and Diana Cullen in 1971 on what was a sheep and cattle farm. The Cullens were part of the vanguard that saw the region transform from grazing country to vineyards. Back then they planted riesling and cabernet sauvignon vines, the only ones available at the time, on gently sloping hills surrounded by native Australian bush just a few kilometres from the shores of the Indian Ocean. It’s this influence of the sea that gives the Margaret River region its enviable Mediterranean style climate and stops the vineyards from being exposed to extremes of temperature. The resulting fruit is known for its consistently high quality and intense flavour. Most of the wineries in the region can be found on a ridge that runs north south from Cape Naturaliste to Cape Leeuwin. It is predominantly gravelly or gritty sandy loam that has formed directly from the underlying granite and gneiss. There can also be found bands of ironstone, a rock Cullen says gives her wines a lovely ferrous edge.

Vanya Cullen initially studied zoology but in 1983 joined her mother in the winery. Diana Cullen had by that stage left her career as a physiotherapist to become chief winemaker pioneering the way oak was used in local winemaking. Vanya studied winemaking and travelled the world working in some of the best wine houses such as Robert Mondavi in California and Domaine Joseph Drouhin in Burgundy. In 1989 Vanya returned to Margaret River to take over the role of chief winemaker. The family continued to gain recognition for their wines and their passion for the local community with honours and awards. Time moved on and by early 2003 both Kevin and Dianne had passed away.

The following year saw the Cullen vineyards achieve biodynamic certification by Biological Farmers Australia. Biodynamics sees the use of artificial fertilisers and pesticides replaced by natural methods creating soil fertility and pest control. Special preparations are applied to the vineyard that increase microbial activity that in turn takes organic matter on or near the surface and turns it into moisture retaining humus.

“We have 23 different species of grasses growing between the rows,” says Cullen. “The grass breaks down to become organic matter, or humus, that retains water and keeps carbon in the soil. We don’t irrigate here so humus is very important,” she says. “There’s so much biodiversity in the vineyard with countless different insects, some of which act as predators on pest insects.”

Running a biodynamic vineyard means a lot of hard work and Vanya Cullen spends a good deal of her time watching the vines and the grapes progress throughout the season. “I feel vulnerable from budburst onwards,” says Cullen. “There are many things that can go wrong’ she says. “But last year we had one of the best crops in three years and hopefully we can do the same this coming vintage.”

Cullen Wines’ green credentials extend beyond its biodynamic vineyard. It supports Men of the Trees, a not for profit group that propagates, grows and plants millions of native Australian trees to protect land from salinity, desert and rein in carbon. This offsets Cullen Wine’s emissions created from vehicles, tractors, forklifts, and air travel. Cullen Wines also pays a premium for their electricity generated from renewable sources such as solar and wind energy and is the first Australian winery to offset their carbon dioxide emissions under the Carbon Neutral program.

Cullen Wines is a small, boutique producer something not unique in the Margaret River Region. There are just 5000ha planted to vines but over 150 producers. These are predominantly small, family owned wineries with some crushing a mere 3.5 tonnes. The largest crushes 10 000 tonnes annually, a modest amount compared to some Australian wine production.
Come vintage and Vanya Cullen practices biodynamic principles in the winery as well as the vineyard. Her team hand harvest the ripe grapes in accordance with the biodynamic lunar calendar. The fruit is treated very carefully, not only to prevent oxidation, but to protect the wild yeast growing on the fruit. “We have identified hundreds of different natural occurring yeast strains on our fruit,” says Cullen. Once the grapes are crushed the juice is allowed to ferment naturally, racked into oak barrels and aged until bottling.

The hard work put into the low intervention wine making has paid off with Cullen Wines appearing on the wine lists of some of the best restaurants in the world including Heston Blumenthal’s Fat Duck and Dinner by Heston Blumenthal, Hakkasan and Berner’s Tavern in London. Cullen Wines are also served in Paris at Le George V. “Australian biodynamic wine is regarded very well globally, especially in UK and Japan, but pretty much around the world. I just wish there were more of them. Cullen wines are available in Belgium, China, Denmark, Hong Kong, Indonesia, Malaysia, Netherlands, New Zealand, Singapore, Sweden and USA through high end retailers and specialty stores.

One great place to understand how Cullen Wines should be enjoyed is the estate restaurant where the menu has been developed to highlight the wines. The flagship Kevin John chardonnay has been described as having “natural acidity, charged with electric vibrancy”, “pristine white peach, crunchy grapefruit and freshly picked lemon fruit with an air of acacia blossom”. In the restaurant it is served with coconut prawn, zucchini strips from the garden, avocado and a little chilli oil. The sauvignon blanc is recommended with the crisp, delicate white fleshed whiting fish, garden leaves and fresh mayo while the Mangan Vineyard Preservative Free Malbec is served with involtini made with eggplant and goats cheese. Cullen Wines, however, are best known for their Diana Madelaine, named after Vanya’s mother. A blend of cabernet Sauvignon, merlot and cabernet franc, it is the perfect foil for a steak from local organically raised steers. With deep crimson colour and aroma of blackcurrants, plums and mulberries this much respected wine carries the complexity of the soil in which it was grown with a beautiful hint of that ironstone. A perfect celebration of the terroir of the vineyards of the Cullen family.

This post was previously published on australiaunlimited.com and is republished here under a Creative Commons license.