Martial rape is, of course, not without precedence. Historically there are many recorded incidences of the use of rape in war. 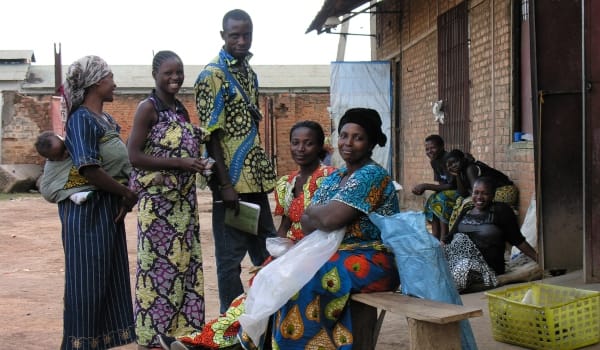 —
On 21 May 2010 Human Rights Watch (HRW) reported on a new round of mass killings and gross human rights abuses perpetrated by the Lord’s Resistance Army (LRA) in the Democratic Republic of Congo (DCR). This is the latest in a string of now familiar reports that are attempting to shed light on a part of the world that has been seemingly left to smolder in the dark.

What has characterized this particular war has been its brutalization of civilians, including, women and children. Women and girls are routinely subjected to mutilation and repeated gang rapes. In fact, no other feature has characterized this war more than the prevalence of rape. It is estimated that throughout the Congo, approximately half a million women have been subjected to sexual violence of the most brutal sort during an over decade long war. The DCR has been called the most dangerous place in the world for women.

Martial rape is, of course, not without precedence. Historically there are many recorded incidences of the use of rape in war. The twentieth century alone has numerous examples that include the rape of women in Nanking, China by Japanese troops in 1937-38 and the rape of German women by advancing Red Army soldiers at the end of the Second World War, to the mid 1990s, which saw the use of rape as a weapon against the women of both Rwanda and Bosnia-Herzegovina. Rape is more than a by-product of war, it used to further the destruction and disgrace of an enemy. Within the Congo itself, its use was common during the Belgian colonial period where women were used to reward soldiers. But this history does not excuse its present day use, or explain its particular brand of viciousness in today’s Congo.

The scope and the nature of the atrocities occurring in the Congo once again raises questions as to how the rest of the global community responds to Africa. While the world has committed itself to addressing the issue of AIDS in Africa by spending billions of dollars each year on the treatment and prevention of the disease, at the same time it has chosen to either ignore or has mishandled some of the roots causes of the problem, including the prevalence of rape. Since 2006, the Government of Canada has spent over $15 million in rape prevention in the Congo, but criticisms abound that most of these funds have been squandered on bureaucratic overhead and misguided public awareness campaigns and that they have failed to reach Congolese women in need of safe havens, aftercare and justice.

Rape in many African nations is a major human rights issue rooted in persistent gender inequalities. Even in countries at peace, the prevalence of rape is dumbfounding. South Africa has one of the highest incidences of rape in the entire world. A study conducted in the nation last year by the Medical Research Council found that one in four men admitted to rape. Most disturbing is that many of the victims are children due to a persistent myth that sex with a virgin will cure a man of the HIV virus. What results is a whole new generation of HIV positive girls and women. AIDS adds just another sad dimension to the long term trauma of rape.

The world has its reasons for ignoring the brutalization of hundreds of thousands of women in the Congo. First, rape is an uncomfortable topic. The issue forces us to confront sexual violence and deviance of the worst kind. It is especially difficult when its victims are children. Secondly, while there are incidences of men being raped, especially in conflict zones such as the Congo, for the most part the victims are female. Issues affecting women are often the last to be discussed when dealing with international affairs. Women are often rendered powerless and silent in the affairs of men. Finally, to denounce mass rapes is to require action of the world. Once governments acknowledge the scope of human rights abuses being perpetrated in Congo, they are no longer absolved from intervention, and intervention in Africa is the one thing that the international community can agree it does not want.

How we respond to the epidemic of AIDS in Africa will be determined by how we respond to rape. These two issues cannot be separated. No matter how uncomfortable, rape is a topic that must be added to the agenda if we are at all committed to addressing issues of global security and global health.