Re-thinking marriage can help you and your partner can create the kind of life you want together—and in the process help change our society. 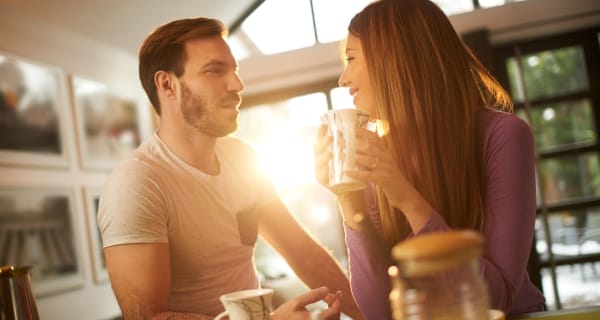 Re-thinking marriage can help you and your partner can create the kind of life you want together—and in the process help change our society. I think about marriage as partners negotiating collaboratively their individual and joint life plans—plans that are not dictated by gender roles or gender traits. Collaborative negotiation can replace our old idea about marriage as dictated by gender roles.

Negotiating collaboratively begins with both husband and wife being able to identify his/her wants in any given situation. These wishes are stated and the reasons for them are provided. It is as if each of you put these wishes on a virtual kitchen table where agreement, differences, and disagreements become apparent. From this perspective, differences and disagreements are on the table between you not exclusively within either of you.

The schematic below depicts the idea that wants are openly stated, looked at side-by-side, and negotiated so that a win-win outcome can occur. The schematic depicts clearly the idea that disagreements and/or differences are between the two of you not within either of you. 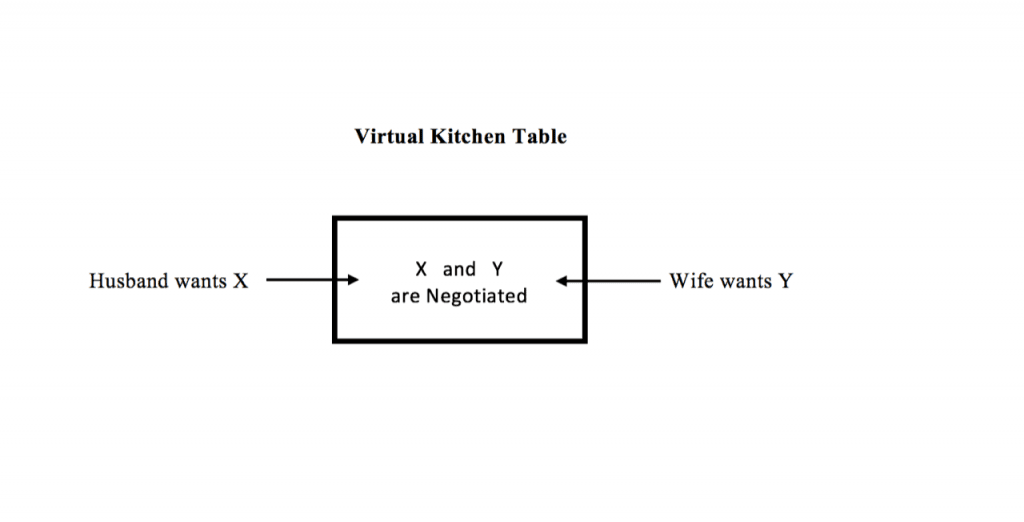 The negotiation that takes place in marriage is not the kind that one sees in business where each party is trying to maximize his/her own gain at the expense of the other. Nor is it a quid pro quo (tit for tat, you do this for me, and I will do that for you) kind of negotiation. Negotiating collaboratively has the following characteristics:

A committed marriage is a life-long partnership, which links two people around their most fundamental desires to flourish as individuals and as a couple. This requires great attention to the maintenance of the collaborative environment of negotiation. Here are some thoughts about what collaboration means.[1]

Sociologists believe that gender remains a central motif in heterosexual marriage because the idea of masculinity and femininity are acted out in marriage. Sociologist Sara Berk has described marriage as a “gender factory”—i.e., husbands and wives demonstrate their masculinity/femininity in the way they interact around everyday household activities, childcare, and displays of affection for one another.[2] When we carry out these gender roles in marriage, we subconsciously assume it is because of innate gender differences in masculinity and femininity. This reinforces the idea that marriage should be organized by gender.

Collaborative negotiation is a new vision of how we can understand marriage. Collaboration derives from the unique qualities and contribution of the collaborators; it is not determined by gender. If either of you does not participate as fully engaged and equal partners, it might as well be one person making the decisions.

Negotiating Collaboratively is About Commitment

Most people think the idea of commitment between husband and wife is about staying together through thick and thin. This is what is called an “aspirational” statement, what you believe should occur, and hope will occur, in your marriage. The commitment to negotiate collaboratively around the issues that you will face during your marriage is the hard work needed to achieve this aspiration. The willingness to negotiate issues in good faith with your spouse is so important that I believe it rises to the level of a vow you are willing to make and remake throughout your marriage.

A version of this post was previously published on MarriageOfEquals and is republished here with permission from the author.