Canada’s Tobacco and Vaping Products Act, which legalized vaping products with nicotine, passed in May 2018, but the regulations put forth were not sufficient. Meanwhile, Manitoba, Quebec and PEI have passed stronger provincial regulations to address youth vaping. 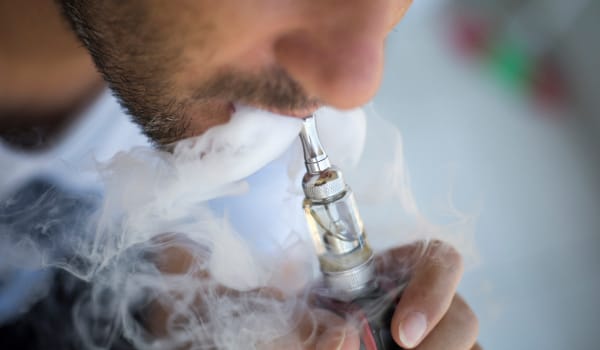 Canada is taking a big step as a world leader in tobacco control as strict plain and standardized packaging rules for tobacco passed in the spring come into effect on November 9. Unfortunately, and potentially tragically, we are falling far behind in another vital area of nicotine consumption and addiction — vaping.

Other countries and jurisdictions are either already way ahead of us or will be soon.

Canada’s Tobacco and Vaping Products Act, which legalized vaping products with nicotine, passed in May 2018, but the regulations put forth were not sufficient. Meanwhile, Manitoba, Quebec and PEI have passed stronger provincial regulations to address youth vaping. Just this week Saskatchewan introduced and passed vaping legislation in a record two days thanks to the entire legislative assembly working together. As a result, there is a patchwork of provisions for regulating vaping equipment and products across the country as some provinces step up and take action in the face of poor federal direction.

This means that kids in some provinces are benefiting from better protection than others, and Canada’s youth will pay a high price for this regulatory gap. While federal policy-makers seem to be sitting on the sidelines, our youth are busy vaping.

According to a study out of the University of Waterloo published earlier this year, vaping among Canadian youth skyrocketed by 74% in one year. In the same timeframe, youth smoking rates jumped by 45%, from 10.7% to 15.5%, the first time such rates have gone up substantially in decades. The increase brings the rate of youth smoking in line with all Canadians age 15-plus, indicating our progress in tobacco control are at risk.

Why is this happening? Nicotine is highly addictive and vaping makes nicotine uptake far easier and more pleasant than smoking cigarettes. Nicotine can be inhaled without combustion smoke and with a wonderful chocolate or sweet fruit flavour. In fact, there are hundreds of fruit, sweet and dessert flavours available, many with fun, cool names like ‘Sour Skittles,’ ‘Salted Caramel’ and ‘Sugar Cookie.’ They are designed specifically to appeal to youth and play a big role in enticing them to start and continue vaping. They are advertised heavily — including through lifestyle marketing — on social media.

Vaping is an easy and tasty way for kids to get addicted to nicotine, and can be as hard to quit as smoking. Besides creating an addiction which could lead to tobacco smoking, nicotine alters adolescent brain development and can affect memory and concentration, potentially hampering their ability to learn.

A 2018 review by Public Health Ontario concluded that vaping is associated with an increased risk of starting to smoke, even among youth considered to be at low risk of doing so. Of additional serious concern are the more recent reports of severe lung damage among young people who have been vaping and premature deaths.

Outside Canada, concrete action is being taken to limit vaping among youths.

In the United States, 18 states have enacted or proposed increasing the legal age for purchase to 21 and at least nine jurisdictions moved quickly to address the vaping crisis by restricting the sale of vaping equipment and/or the availability of vaping flavour pods. Finland banned all vaping flavours except tobacco flavour in 2016, a move to limit vaping to serving as an aid to quit smoking.

In Europe there has been a vaping nicotine threshold level of no more than 20 milligrams per milliliter since 2014. In Canada, the nicotine limit is more than three times that at 66 mg/ml. Europe and countries in the Middle East and Asia have mandated nicotine warnings and/or health warnings on packaging and have stronger marketing restrictions than we have in Canada.

Even in China, where more than half of all men smoke cigarettes the tobacco regulator has just decreed that vaping products should not be sold online to try to stop young people from buying them.

So what needs to be done in Canada? The federal government needs to act quickly to protect youth by strengthening vaping regulations. This includes implementing a comprehensive flavour ban as in other jurisdictions, restricting promotion and sales, placing lower limits on nicotine levels and mandating health warnings. In short, it needs to do all the things it did successfully with tobacco products. Protection is needed now, before we create a whole new generation battling nicotine addiction and poor health outcomes.

This post was previously published on quoimedia.com and is republished here under a Creative Commons license.