Some scientists are embracing the game that is getting some 7.5 million people outdoors and interested in biodiversity—even if that diversity inhabits an imaginary ecosystem. 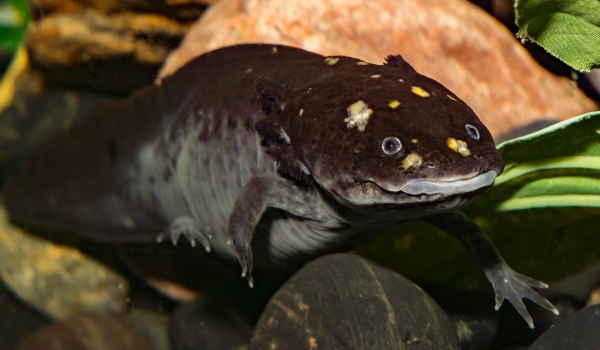 —
Since its launch last week, Pokémon GO, the augmented reality app where gamers search the physical world around them for digital beasts, has metamorphosed into a full-fledged cultural phenomenon.

In the first week, parent company Nintendo’s net worth had grown by $7.5 billion, downloads have soared past Tinder, and daily usage is approaching that of Twitter. In fact, if you were out in public this past weekend and you saw teenagers and twentysomethings (and, ahem, thirty- and fortysomethings) walking around with their smartphones pointed at bushes and brick walls, then you probably witnessed Pokémon tracking in action. Just look at the scene in Central Park, where you apparently can’t swing a dead Pikachu without hitting a Pokémon hunter.

Now, it would be really easy to rag on Pokémon GO based on principle. After all, there is something sad about people wandering outside looking for fictional Weedles and Zubatsinstead of praying mantises and great blue herons. Right? Maybe not . . .

Some scientists are embracing the game that is getting some 7.5 million people outdoors and interested in biodiversity—even if that diversity inhabits an imaginary ecosystem.

Late Sunday night, entomologist Morgan Jackson had an idea: If people were all of a sudden spending a lot of time outside, they’d probably be more likely to run into real-world wildlife, too. And maybe, just maybe, they’d stop Pokémon-ing long enough to wonder what those beasts in the flesh were. So Jackson offered his expertise on Twitter.

Turns out the bug scientist was onto something. By the next morning, someone had used the hashtag to ask a question about a “fat otter”—probably a muskrat—and the name game was on. Soon after, wildlife ecologist David Steen and birder Nicholas Lund started chiming in on the #PokeBlitz hashtag, and the rest was history. Look down the stream and you’ll see wildlife IDs ranging from wasps and skinks to crane flies and red-tailed hawks.

“Pokémon was such a big, formative experience for me growing up,” says Jackson, who is completing a Ph.D. at the University of Guelph in Ontario, Canada. As proof, he immediately followed up his remarks with a quick chant of Gotta catch ’em all. “Now I’m an entomologist,” Jackson says, “and that’s literally what I do for a living.”

The term #PokeBlitz is a riff on another hashtag, #BioBlitz, a term describing when a ton of scientists descend on an area—say, a national park—for 24 to 48 hours of nonstop observing, identifying, and in-the-flesh science-ing. Some of these events have even started opening up the fun to the public. Scientists accompany newbs on hikes and teach them about the plants and animals living in their local area. And that’s exactly what Jackson hopes to accomplish with #PokeBlitz.

Pokémon GO “is really inspiring a lot of curiosity,” he says. “Just getting people out there and looking at the ground, using their camera, and maybe happening to see something they haven’t seen before.”

Of course, Jackson isn’t the only scientist leveraging the moment. Instead of hopping on the Pokémon phenomenon (Pokémonenon?) to ID wild critters, Asia Murphy whipped up a quick graphic that categorized one of her study animals, the fossa, as though it were a fictional creature one might want to capture, train, and do battle with.

Previously published on ecowatch.news and is republished here under a Creative Commons license.