The Wildlands and Woodlands vision calls for a 50-year conservation effort to retain at least 70 percent of New England in forestland, permanently free from development. 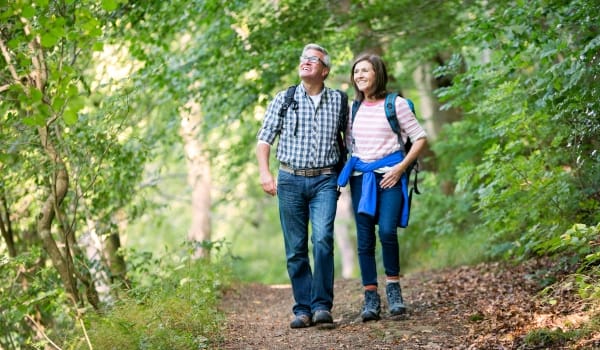 —
Last week we have two great posts by Tom and Alix on historians engaging with current issues and the value of “thinking with history” for policy development. Both these post brought to mind a project in New England that I learned about at an environmental history conference a few years ago. The Wildland and Woodlands campaign is to protect 70% of New England’s land for forests:

New England forests are at a turning point. Following a 200-year resurgence, forest cover has begun to decline in every New England state. What will we do with this challenge and opportunity?

The Wildlands and Woodlands vision calls for a 50-year conservation effort to retain at least 70 percent of New England in forestland, permanently free from development.

-90% of forests would be “Woodlands,” conserved by willing landowners and sustainably managed for multiple uses, from recreation to wood products.

-10% of forests would be “Wildland” reserves, identified by local communities and shaped only by the natural environment.

The project is the initiative of a mix of ‘active’ academics including foresters, ecologists, and environmental historians that use their combined expertise to argue a plan to maintain a sustainable future for New England’s forests. The majority of these academics are scientists and they contributed a great deal on the ecological value of maintaining forests in this region and the many threats to its future. However, David R. Foster, an ecologist and the director of the Harvard Forest, explained during the conference presentation, that a simple graph created by the team’s historian, Brian Donahue, demonstrating the changing forests cover throughout history proved to be the most powerful rhetorical device when they meet with policy makers and politicians.

The graph showing a dramatic decline in the forest between 1600 and the mid-nineteenth century, the remarkable recovery in the century that followed and the more recent trend towards another steep decline encapsulated the problem in a clear and concise way. This graph gets people to think with history and it begins to tell the story of the New England forests since the colonists arrived. The Wildlands & Woodlands report contains a section on environmental history near the beginning along with the substantial contributions from ecologist and foresters. The historical section provides some context to explain the dramatic change in forest cover since the colonial period. The growth of farms, villages and cities led to the steep decline in the forests in the south of New England through to the early nineteenth century. Donahue then references his own research to explain how during the mid-nineteenth century, New England farmers shifted to high value crops on the best land and raised animals using cheap imported grain from the Midwest, leaving marginal pastures to return to forests. In the twentieth century transportation networks improved further and made it more difficult for New England farmer to compete in the national and global food markets. As a result a large amount of farmland transitioned back to forest. This section goes on to provide an overview of the history of forest conservation in New England and demonstrates the long tradition of local stewardship upon which the Wildlands & Woodlands project hopes to build a region wide plan. After this historical context the report discuss the current threats against the forests and proposes a future with a sustainable balance between urban/suburban space, farms, managed forests and protected wildlands.

Again this graph encourages the viewer to think historically, by noticing the growing trend of development replacing forest and then presenting alternative versions of the future. I know historians, with good reason, are very weary of using history to predict the future. However, I think we can more safely demonstrate historical trends and provide a range of possibilities for the future to help provide context for policy debates. It is also worthwhile noting that Donahue is a well respected historian (his book the Great Meadow won the George Perkins March Prize for the best book in environmental history in 2005) and his research is not soly focused on present issues. He is a good example of historians ability to research and write academic history and to work to influence the present and the future.