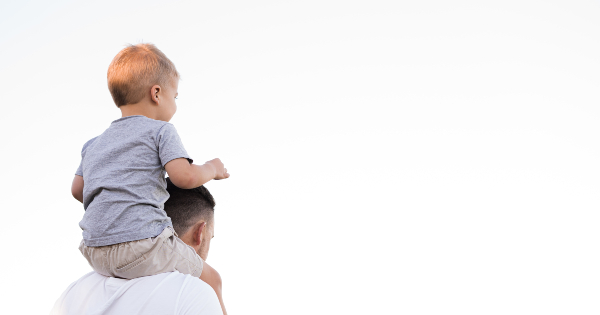 Actions to be taken

147. By Governments, intergovernmental and non-governmental organizations and other institutions involved in providing protection, assistance and training to refugee women, other displaced women in need of international protection and internally displaced women, including the Office of the United Nations High Commissioner for Refugees and the World Food Programme, as appropriate:

g. Facilitate the availability of educational materials in the appropriate language – in emergency situations also – in order to minimize disruption of schooling among refugee and displaced children;

In this section of the Beijing Declaration, we can note the requirements within education, for Paragraph 147 section (g). Among those women and children who have been displaced, internally or externally (refugees), the main issue is the lack of educational resources in war zones or in fleeing from them. The expulsion from the internal society or to beyond the boundaries of the Member State creates some obvious issues for the refugees and the internally displaced persons.

One of which is the lack of access to standard services of the society. These can be medical and other institutional supports. Insofar as the education of the young and the old, education is crucial at young ages. Many children who are displaced for reasons of war or rejection by society can lose out on core educational time. This time can be hard to catch up.

In the cases of months, even years, of lost educational time, based on being a refugee or an internally displaced person, or having no particular formal educational resources, some children may never catch the lost time of education. They will be bereft of education based on a lack of resources and instability in their local environment.

When (g) states the facilitation of access to the educational materials, the focus is production and delivery, probably, to those most affected. Children may not have the appropriate language background based on speaking the tongue of the parents, but now living in another country as a persona non grata. The United Nations isn’t always the most spectacular at the implementation of its programs.

One of those being educational provisions for the Rohingya. If we look at the reportage by Human Rights Watch, it, in “Are We Not Human?” Denial of Education for Rohingya Refugee Children in Bangladesh,” states:

The Bangladesh government’s insistence that the refugees will return to Myanmar has led it to prohibit humanitarian groups from constructing permanent, brick-and-mortar school buildings in the refugee camps. Barred from opening schools, NGOs have since 2017 constructed about 3,000 “learning centers”: small, temporary bamboo structures that can accommodate up to 40 children at a time. Many learning centers “have rotted already and need to be replaced, since the little worms have been doing their work on the bamboo,” as a humanitarian official noted.

Because the lack of space in the crowded camps limits the number of learning centers that can be built, most learning centers operate three daily “shifts,” of just two hours each, in order to reach a larger number of children. Designs for sturdier, two-story bamboo structures, which could accommodate more students using the same amount of land, had not yet been piloted when the 2019 monsoon season began. As of August 2019, only about 1,600 out of 3,000 learning centers had bathrooms or potable water nearby; none that Human Rights Watch visited had electricity, desks or chairs.

This is catastrophic for thousands and thousands of children. I merely ask, “Do we have a responsibility to children?” Those who are brought into the world when their world is completely turned upside down. Who are we to turn them away, for one? Also, for two, who are we to deny them the basic rights afforded to others seen in the neighbouring countries or, at a minimum, connected the infrastructure, the system supports, of the wider society?

Under UN guidelines, refugee children are supposed to be taught either the curriculum of their host country or that of their homeland.

In the Rohingya’s case, the Myanmar government refused to allow its curriculum to be used and in October 2017, two months after a brutal military crackdown had driven hundreds of thousands of majority-Muslim Rohingya from Myanmar into Bangladesh, officials in Dhaka banned the use of its curriculum for the newly-arrived refugee children.

A bespoke curriculum, which has only been partly approved by Bangladesh, was supposed to provide a temporary solution while the UN and its partners worked to convince either the Bangladesh or Myanmar governments to allow their curricula to be used by schools in the camps.

But interviews by Al Jazeera, suggest that for 18 months until May this year, there was limited effort to convince the Myanmar government to allow the use of its curriculum to educate the refugee children, now thought to number about 461,000.

It is a failing situation for hundreds of thousands of children who may enter in an informal categorization mentioned in statements before. Something like lost youth without a place in society and without hope for one because of the inability to regain so much lost educational time. Many will not have a future. They won’t; and, they can’t, through no fault of their own.

In emergency situations such as these, the assistance to children becomes integral for the movement of the dials of justice forward and to provide fundamental human rights to those who deserve them most, children.

(Updated 2020-03-07, only use the updated listing, please) Not all nations, organizations, societies, or individuals accept the proposals of the United Nations; one can find similar statements in other documents, conventions, declarations and so on, with the subsequent statements of equality or women’s rights, and the important days and campaigns devoted to the rights of women and girls too:
Documents

What’s your take on what you just read? Comment below or write a response and submit to us your own point of view or reaction here at the red box, below, which links to our submissions portal.

If you believe in the work we are doing here at The Good Men Project, please join us as a Premium Member, today.

Photo by Kelli McClintock on Unsplash