What we sometimes need is not a lack of respect but a lack of deference. People who challenge us. 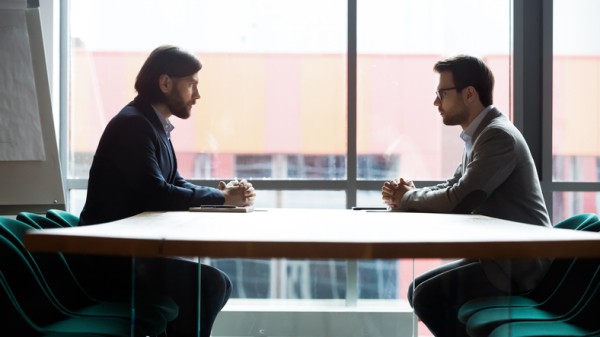 I give workshops on creative leadership for major organisations around the world. I always ask delegates, ‘What is impeding innovation in your business?’ The answers often involve cultural issues such as aversion to risk, complacency or lack of motivation to experiment.

When I gave a workshop in Taiwan one of the cultural issues raised was, ‘We have too much respect’.  Middle level managers felt too much reverence for the executives in the company to challenge their views and to question the way that things were done. They were used to accepting and implementing decisions that were handed down to them rather than pushing back with better suggestions and radical ideas of their own.

Taiwan, like many Asian societies, is well-ordered with good self-discipline. The people are polite and you never see graffiti on walls the way you do in the West. It started me thinking that the bad attitudes that we see manifested in so many ways in our society might have some upsides.

Do we benefit from rebellious employees who challenge assumptions and rudely assert a different point of view? Should we seek to employ more people who are unruly and disrespectful?

‘Innovation comes from angry and driven people,’ says Tom Peters. The innovator is not happy with his lot. He is impatient for change. And this can be a problem for successful companies. The natural satisfaction that people derive from success can lead to complacency, which is the enemy of innovation. This is why the innovative leader always engenders a healthy dissatisfaction with the status quo. It is all very well telling shareholders that the company is making steady and satisfactory progress but the internal message needs more of an edge. ‘We are doing well but there is much more to be done. We cannot afford to rest on our laurels.’

Clayton Christensen, in his book the Innovator’s Dilemma, explains how the very characteristics that make successful companies successful lead them to keep improving their current products to meet customer demands but to eschew risky new ventures. In doing so they often miss the next big thing, the new technology that kills them. Polaroid’s demise at the hands of digital photography is a salutary example.

In 1901 the radio pioneer, Guglielmo Marconi, came to England to test his theory that it was possible to send radio signals across the Atlantic. The experts all scoffed at the idea – after all the earth is a giant sphere and radio waves travel in straight line. The experts had reason and logic and their side but Marconi was unreasonable. He rebelled against conventional wisdom and insisted on pursuing his experiment. Amazingly his signal was received. Unknown to the experts (and to Marconi) there is a charged layer around the earth, the ionosphere, which reflected the signal.

Often the innovator has to be obsessive to the point of apparent irrationality in pursuit of their dream. They appear insubordinate in opposing convention. Anita Roddick, James Dyson, Richard Branson and Stelios were all seen as obstinate, angry rebels before they achieved the success that changed their status to visionaries.

Every revolution starts with a rebel. So if you want innovators in your team look for people with some particular bad attitudes – the ones with rebellious, contrary and divergent views. These are people who some might label as troublemakers. They are not negative or cynical – on the contrary they are passionate about their ideas. They do not defer to authority, they are dissatisfied with the status quo, they are impatient for change and they are angry about the obstacles put in their way.

With a profile like that they should certainly stand out from the crowd!

This post was previously published on Destination Innovation and is republished here with permission from the author.
—