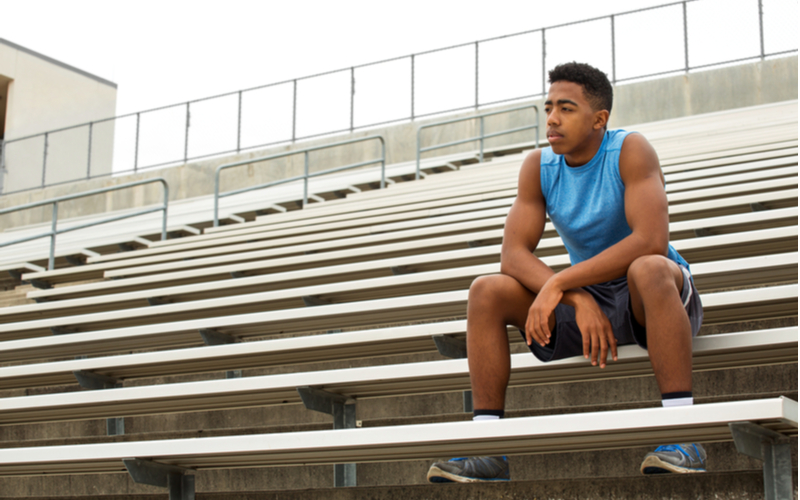 Dear Athletic Support: What’s the point of school right now? Seriously, my son is sixteen years old and completing his online assignments are the absolute farthest thing from his mind. He hates it! To make matters worse, his teachers won’t stop calling and badgering him. From what I can tell, the work’s not hard, it’s just tedious. The fact that he has to remain eligible for football is the only thing keeping him going, but who knows if there will even be football next fall. What can I do to help? — School’s Out 4 Ever!

Dear School’s Out: I’m a teacher. I’m the one calling kids and parents multiple times a week to check-in and make sure they’re doing okay. Not to badger anyone about schoolwork. If your son’s teachers are behaving in such a way, then I’d urge you to contact them directly and explain the situation. Schoolwork is important, sure, but during these unprecedented times, there are definitely more pressing matters at hand.

Take your son’s emotional state, for instance. It sounds to me like he’s going through what most athletes go through at the end of their careers — withdrawals. He’s missing his friends. The joy of competition. Everything in his sixteen-year-old life has been turned upside down, but you don’t want the same thing to happen to his report card too.

Your son is used to a day filled with practices, workouts, and classwork, but that’s all been stripped from him now. Luckily, this is where you can help. It’s time to sit him down and help him create a new routine.

At first, he might balk at the idea, so put some fun stuff in there like body-weight workouts or going for a hike, but also slip in an hour or so a day for schoolwork. After he gets the hang of it, your son might not even realize he’s hammering out assignments left and right; it will just be a part of his routine.

Dear Athletic Support: My daughter hasn’t been the same since her senior softball season got cancelled. She had aspirations of playing at the collegiate level but with everything that’s happened, she fears college coaches are going to skip over her. Is that true? Are college coaches still actively recruiting right now? — Doubtful Dad

Dear Doubtful: Recruiting is basically ALL college coaches are doing right now. Think about it. This time of year, coaches are usually inundated with a hundred other things besides recruiting high school athletes: practices, games, semester exams and grades, just to mention a few.

But now they’re stuck at home. And let me tell you something about coaches — they do not idle well. They’re used to going, going, going. All the time. Cramming as much as humanly possible into every single day because that’s what it takes to win. Their whole life is a competition and right now, the only way they can get an edge is by recruiting.

With the help of cellphones and laptops, a coach can still go about watching film, making calls, and scanning recruits’ social media pages. Which is great news for your daughter, who should be using this time wisely, as well.

Whether it’s updating her highlight video or reaching out to coaches (yes, athletes can contact coaches; I mailed 50 VHS tapes to my top colleges the summer before my senior year), make sure your daughter is actively chasing after her goal of playing at the next level, and not just dreaming about it.
—