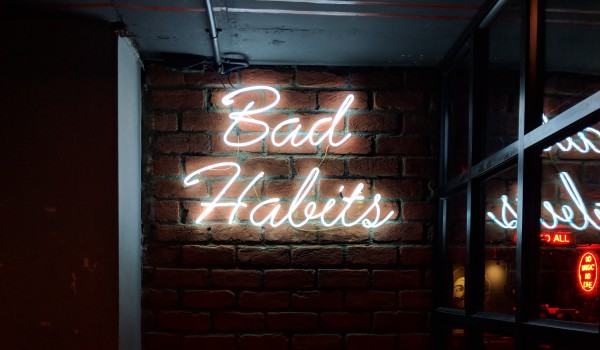 Have you ever noticed that we as humans tend to do what other people are doing just to seek the approval of a community?

We forget to think about what we really want to do and change it to what the community thinks that you should work on.

Sure, you can argue that there are rules society has to live by in order for it to not fall into utter chaos, but I’m talking about personal stuff like what type of job you should have and what clothes you should wear.

Ask yourself, when taking a decision like buying clothes, how many times do you ask someone else if it looks good?

Out of those, how many times did you stop yourself from buying a piece of clothing just because someone said it didn’t look good?

I’m guessing that it happened a handful of times, and it overruled your own opinion about the piece because if another person says something then it must be that way.

This is what I call a pleasing habit, you agree with what friends, family members, and co-workers say because you value their opinion above yours and or you don’t want to enter into a conflict.

Putting people’s opinions on a pedestal is a good way to live a life you don’t want.

Yeah, it’s important to hear what other people think about what you are doing, but you shouldn’t make them the judge of it! They should be the commentators on the sidelines giving their point of view about it, that’s it.

This way you can decide by yourself whether to take action according to the pov other people have or to follow your own opinion about it.

Did you see a shirt you like but think that your friends won’t like it? Who cares if they don’t? Buy it if you think you can rock it (and it’s not expensive haha)

You have to break out of that pleasing habit you’re stuck in because it won’t lead to happiness, I can assure you that.

How to Break Out of it in Record Time

Now that you know what a pleasing habit looks like, we’re going to talk about how the hell you can get out of it ASAP and then maintain it.

Stop Asking For People’s Opinion All the Time.

Ok, there are times where you need to ask for other people’s opinions about something, generally in a work environment, but there are a lot of places where you don’t.

Buying clothes, asking a girl/guy out, going on a trip, the list goes on and on, these are areas of your life YOU need to decide, not others.

Not even your best friend knows everything you’ve been through to have the same context you have on your own life so why let them decide for you?

Do you want to go to Spain because you like it? Then go.

Do you want to ask a girl out you met a few days ago? Do it.

It’s that simple, you don’t have to debate it with someone every single time.

Learn to Say NO.

Our time here on Earth is finite and if you’re like me, you want to do a lot of things before you’re too old to do them. This means you’ll have to say no a lot to people’s requests.

It may sound bad to say no to your friends at first, but if they are really your friends, they will understand that you too have dreams and aspirations that take time to develop which means you aren’t free to hang out every single day with them.

Sometimes I’m burned out from writing so I prefer to go out with some friends or tell them to come over to my place to hang out and that’s fine.

We’re humans after all.

Embrace Criticism And Move On

I’m in a generation where people can’t tolerate a simple criticism because they feel personally attacked and that’s dumb.

You’re telling me that you don’t have enough character to receive a simple opinion and move on?

You need to have tough skin if you want to achieve those goals you have in life, it doesn’t matter what goals you have, at some point in the journey you’ll find people who don’t agree with you, people who hate you, people who want you to fail, and that’s ok, hear their opinions, see what lesson you can scavenge from them and keep going.

Remember, they don’t have the full picture of your life, they just see the tip of the iceberg.

When you start to choose your own opinions above others, people will start to argue with you or tell you that you’re wrong and that you need to stop doing that because it will lead you nowhere.

If you don’t have tough skin, you will never reach your desired goal because you will give in to what others think.

Whenever somebody criticizes your work or something about you in a destructive way, hear them and move on.

But when somebody criticizes your work in a constructive fashion, hear them out, see if they are right and change accordingly. 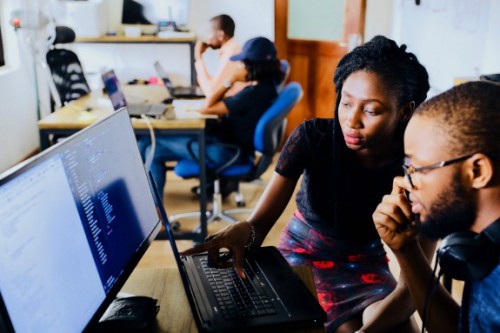 Photo by NESA by Makers on Unsplash

Working on these 3 parts will get you on the right path towards knowing what you really want in life and working on it.

It will take time to break that bad habit most of us have, but it will be well worth it!

This post was previously published on The Ascent and is republished here with permission from the author.
—