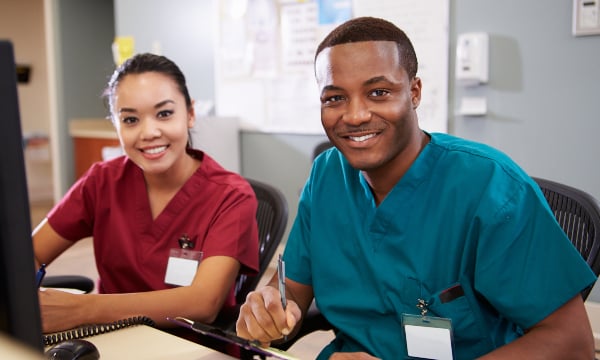 For centuries, women have been viewed as being more nurturing. Naturally, this has led to a nursing industry that’s dominated by female caregivers. But as stereotypes are being shattered across the healthcare landscape, we’re seeing more men enter into the field of nursing.

The Rise of Men in Nursing

While the nursing profession is still largely dominated by women, more men are entering into the fray each year.

In 1960, just 2 percent of nurses were men. Today, it’s believed that as much as 13 percent of all nurses are males, which represents a six-fold increase over the past 60 years. Within the next decade, it’s anticipated that men could account for as much as 20 to 25 percent of the field.

The increase in males in the nursing profession is certainly unique, but it’s a trend that economists believe will continue in a variety of industries.

As Claire Cain Miller writes for The New York Times:

Women have been entering male-dominated fields for decades, but it’s less common for a predominantly female occupation to have a substantial increase in its share of men. Yet the jobs that are shrinking tend to be male ones, and those that are growing are mostly female.

The Appeal of Nursing

The question is, why? In other words, what has changed that makes the nursing profession that much more appealing to men? Well, it’s a combination of factors – including:

Changing stereotypes. Quite frankly, the stereotypes around gender are changing on a national scale. More and more people see gender as something that’s superficial and fluid – not set in stone. Thus, it doesn’t matter if you’re male, female, or something else entirely, you have the right to choose your profession and pursue whatever kind of career interests you the most. Competency, talent, and experience supersede gender.

Good pay. While sobering, the fact is that male nurses make $5,000 more per year than their female counterparts. This is true in almost every nursing setting and specialty. Fairness aside, this makes the nursing field an attractive destination for men who want to maximize their earning power and potential. When you take adjusted earnings into account over a 30-year career, male nurses can expect to earn $300,000 more. (Again, we’re not saying this is right – but it’s a fact. Men are wise to leverage this opportunity.)

Advances in education. This is more of a universal factor, but it’s important nonetheless. As technology has increased, the idea of attending medical school is more appealing than ever. Whether it’s new video recording systems that allow for better-simulated nursing training or growth in telenursing, there’s never been a better time to acquire skills and seize opportunities in the field.

Work-life balance. There’s been a significant cultural shift over the last 20 years. Gender roles have changed and husbands and wives are trying to create more balanced households. Men want to be at home with their children more than previous generations. (Or perhaps it’s seen as more acceptable for men to be home with their kids.) Nursing allows for this. Many nurses work three or four 12-hour shifts over a few days and then get three or four days off. This allows them to spend long periods of time with their kids.

As these factors continue to emerge, nursing is increasingly viewed as a favorable profession – regardless of gender. Male nurses are no longer a strange sight – they’re part of the new norm.

The Future of Nursing

Though some patients still stigmatize the nursing profession as a female field, many welcome the addition of more male nurses.

“A 2013 study by the Institute of Medicine found that patients respond well to nurses of similar ethnicities to themselves. While the study focused primarily on ethnicity, Vernell DeWitty, Ph.D., MBA, RN, the deputy director of New Careers in Nursing, told the Robert Wood Johnson Foundation (RWJF), a philanthropic organization dedicated solely to health, that the concept may translate to gender, as well,” Bradley University explains.

While gender does not inherently make a person a better health care provider, some patients may feel that they can relate more easily to nurses of the same gender.

We’re in the middle of a massive growth curve but this is only the beginning. The expectation is that the number of male nurses will increase substantially in the next 5 to 10 years. Only then will we understand the true impact this has on the healthcare field.